Why Freedom Friday won’t be as good as you think: Pubs, cafes and gyms to remain closed as Victorian businesses struggle with ‘ludicrous’ 50-person rule

The ending of Victoria’s lockdown is unlikely to reduce the pressures on businesses after many say there’s no point in them opening with the government’s ‘ludicrous’ 50-person capacity rule.

The lockdown will end at midnight on Thursday which will see the 10-kilometre radius pushed to 25, schools re-opened and household gatherings increased to 10 people.

But from Friday gyms will remain closed, masks will have to be worn indoors and cafes, bars and restaurants must cap their customers at 50.

Struggling businesses say there’s no point in opening their doors because of the  harsh measures and despite Victoria just recording one new case on Thursday.

‘It’s disheartening for our workers and for our city. It’s very clear that this government puts its own political needs over those of everyday working people,’ restaurant owner Chris Lucas said to the Herald Sun.

‘It seems committed to propagating a constant campaign of fear and negative messaging along with damaging lockdowns all the way to the next election.’ 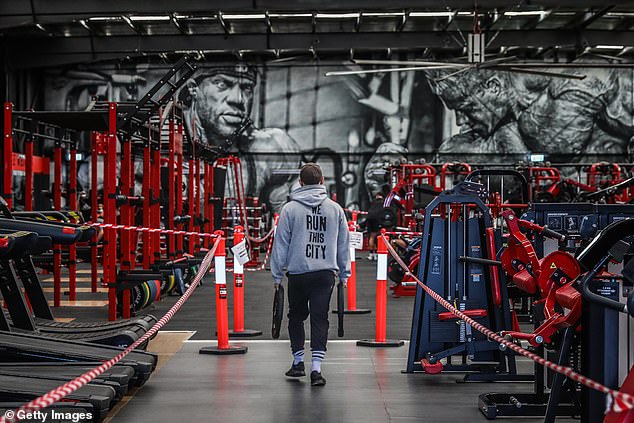 However Opposition Leader Michael O’Brien wants gyms to reopen as well, although that is unlikely given they currently remain closed in regional Victoria

RESTRICTIONS EXPECTED IN MELBOURNE FROM FRIDAY

There was just one new case recorded on Wednesday, linked to the ongoing outbreak, but Victoria’s Chief Health Officer Brett Sutton says the continuation of harsh restrictions and further crippling of businesses is due to the government’s concern of the virus still lurking.

‘It’s [the risk of] potentially undetected cases out there,’ Professor Sutton said.

‘We’ve had a number of cases where acquisition isn’t absolutely clear, so we just need to run that down as much as possible.’

However Opposition Leader Michael O’Brien wants gyms to reopen as well, although that is unlikely given they currently remain closed in regional Victoria.

‘On what planet is it safe to go and get a tatt but you can’t go and do a workout,’ he told reporters on Wednesday.

‘We are opening three venues at a loss. We need to get staff back,’ Melbourne venue owner Mark O’Reilly told the Herald Sun.

‘A week for a small business can be the difference between surviving, or not,’ gym owner Ian Jensen-Muir added. 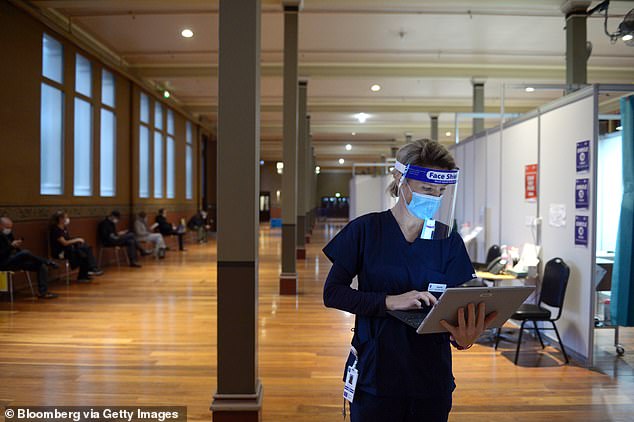 Officials were pleased to find no more cases of Covid-19 in aged care settings on Tuesday (pictured, staff are swabbed for the virus at the Royal Freemasons Coppin Centre facility) 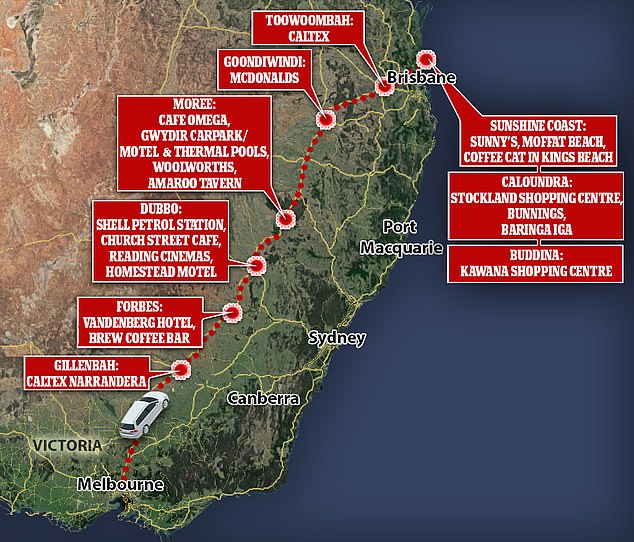 A coronavirus-infected woman who fled locked-down Melbourne with her husband and went on a 1,900km road trip may have crossed the NSW-Queensland

A coronavirus-infected woman who fled locked-down Melbourne with her husband and went on a 1,900km road trip may have crossed the NSW-Queensland border at a remote town to avoid detection.

Health authorities in Victoria, NSW and Queensland are scrambling to track down hundreds of people who may have been exposed to the virus during their interstate trip.

The woman, 44, tested positive on Wednesday but may have been infectious from the day she left Melbourne on June 1, which was already in lockdown.

Police believe the couple crossed the NSW-Queensland border at the remote rural town of Goondiwindi on June 5 in a bid to evade authorities.

The couple likely drove the scenic route so they could avoid passing through the Gold Coast – where police perform 100 random intercepts a day with strict border control measures in place.

There are also reports the woman lied on her declaration form when entering Queensland, sparking a chorus of public outrage led by Karl Stefanovic.

‘I think there is understandable anger across regional Victoria, into regional NSW and then into some of those regional parts of Queensland as well particularly, because they have done such a great job protecting themselves against COVID,’ the Today show co-host fumed on Thursday morning.

‘A lot of people are furious. They have to throw the book at these people. They have to. I’m not averse to naming and shaming. We have to get this message through.’

New study gives clue to the cause, and possible treatment of Parkinson's Disease 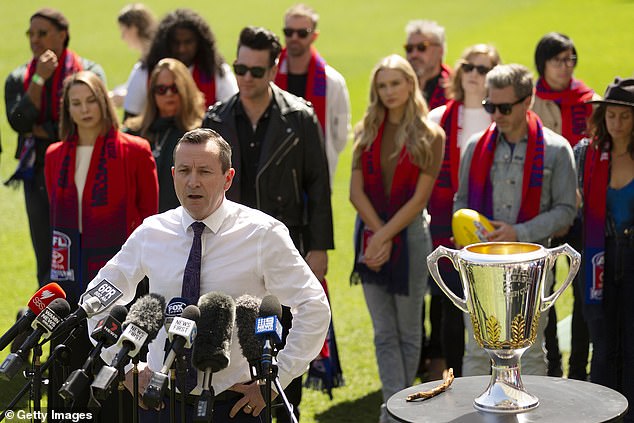