IT was a tale of two speeches. On Sunday, Alex Salmond showed he still has a gift for oratory at the Alba conference in Greenock, thrilling an ecstatic crowd with a promise to go full throttle for independence while his predecessor dithers and delays.

While on Monday, Nicola Sturgeon’s close of the SNP’s online event was a thin affair in which she felt compelled to tell her own members “trust me”, another referendum is definitely “approaching” (like most of the future), despite no sign of one soon.

It seemed to bear out so much of Mr Salmond’s criticism that I briefly wondered if it was an Alba recruiting video. It wasn’t. Although it might end up performing the same function.

But the most interesting speech of the weekend wasn’t from either conference. It was made by Mr Salmond on Friday at a fundraising dinner held by the Scots Asians for Alba (SAFA) group. The former First Minister used it as a sort of dry run for his main address, deploying many of the same arguments and turns of phrase that he used two days later.

But it also contained more authentic, unfiltered, angry Alex Salmond. Ms Sturgeon can catch it on YouTube if she’s minded to. She won’t like it.

Predicting the SNP would rapidly prioritise independence if Alba had a breakthrough in next May’s council elections, Mr Salmond seethed: “Instead of the leader of the SNP telling us how difficult things are, she would say what the possibilities can be. Because you don’t convince a nation to move to independence by going ‘Ochone, woe is me’.

“You convince it to go to independence by saying, ‘Let’s have the self-respect and imagination to make this country better, make it a country we can be proud of’.

“And you don’t take a country to independence by settling to be the provincial governor of part of another country.

“The ability of this nation should not be in doubt. What we have right now is a question about the ability of the national party charged with that responsibility to fulfil its historic role.”

Besides the vivid hostility to Ms Sturgeon, Mr Salmond’s proprietorial tone when he talked about the SNP was also revealing.

Of course, he talked about his old party a lot in his conference speech, giving it 14 mentions compared to 21 for Alba, and a negligible three sneers at those foes-of-old, the Tories.

But he banged about the SNP to an almost obsessional degree in his SAFA speech. In particular, his pivotal role in making it a power in the land, and how it has lost its way without him.

“I built up the SNP and tried to turn it from a small party to a large party.”

He went on: “I didn’t build the SNP with the help of this [Asian] community to become the dominant force of Scottish politics to have it settle down in Westminster.

“I wanted it to settle up for Scotland.

“I didn’t build the SNP with the help of this community to be content with governing in pocket money this country while its resources are filched and stolen.

“I built the SNP to run the first government of an independent state.

“The SNP shouldn’t be a political party interested in the trappings of power. Its mission is to break the power of the state of the United Kingdom over the Scottish people.

He looked very like someone who still thinks it is his job, if not currently to lead, then at least to direct the SNP, steering it back onto the righteous path from which it has strayed.

Ultimately, the impression was of a man who pines to lead the SNP again – and if he can’t, then he’ll create a facsimile of the party that once adored him and call it Alba.

In other hands, this might be little more than dotty nostalgia.

But Mr Salmond should not be underestimated. Not because electoral success beckons, mind you.

Electorally, Alba is a complete turkey. It missed its best chance at the Holyrood election, when it might have got an MSP or two returned with just six per cent of the list vote.

Don’t expect a breakthrough next May either, as parties needs a plurality of 20% to win a councillor under the STV system, and in some wards 25%.

And whatever the merits of Alba’s case for independence, Mr Salmond is not the person to deliver it.

As one recent poll confirmed, he is the least trusted party leader in Scotland, with a lower approval rating than even Boris Johnson.

In the words of his own Alba deputy, Kenny MacAskill, he is “tainted” by the events of recent years, his conduct and character unforgiven by voters.

Will he listen? No. End his feud with Ms Sturgeon? No. Abandon the fantasy of being the first leader of an independent Scotland? No.

He is driven, resolved, relentless.

He built the SNP, remember, and he’s damned if he’ll let Ms Sturgeon be an idle, thankless squatter in it.

So as he ekes out his twilight on the fringe of Scottish politics, he will keep gnawing away at the SNP, harrying its leader, and in so doing entertain and delight Unionists everywhere.

Mr Salmond may not matter much to the electorate, but he still has a knack for generating headlines.

His vendetta against the party that had the temerity to disown him will provide a rich seam of them.

It allows his opponents to portray the Yes movement, whether fairly or not, as irreparably fractured, a cult divided, a portent of chaos to come.

Mr Salmond did indeed build up the SNP into an electoral phenomenon, but his actions now are only helping to erect a barrier to its ultimate goal.

Bootylicious? What the return of derriere fashion means 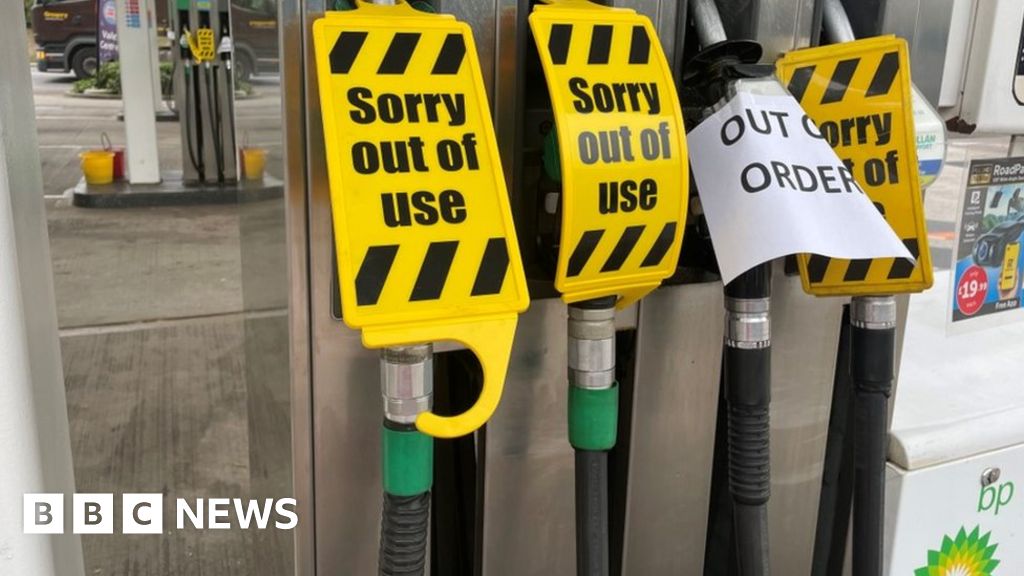 BP closes some sites due to lorry driver shortage

FTSE edges into red after Bank hints at rate hike