Asked how the quarry villages of northwest Wales compare to Venice or the Acropolis of Athens, Owain Williams – an 87-year-old councillor who has lived around this region all his life – takes a moment to consider.

“It’s a different kind of beauty,” he tells The Independent. “But it’s still beauty.”

This week, it was confirmed that Unesco agreed with the sentiment.

At a meeting of its delegates on Wednesday, the UN-body approved a bid to have the sprawling slate region of Gwynedd, in the shadows of Snowdonia, included on its prestigious World Heritage Site list.

The decision means that villages and towns like Llanberis, Blaenau Ffestiniog and Abergynolwyn now officially sit alongside places such as the Taj Mahal, the Pyramids of Giza and the Grand Canyon, all recognised for their outstanding global uniqueness and importance.

Both the area’s man-altered landscape – mountains literally carved apart for their stone – and its one-time industrial prowess were highlighted as key to inclusion on the register. The slate extracted here by Welshmen, delegates were told, “roofed the 19th-century world”.

For an area that has suffered devastating economic and population decline since that Victorian heyday, the recognition is, says Gwynedd Council leader Dyfrig Siencyn, a “stunning achievement”. Perhaps more importantly, he reckons, it will help drive future prosperity.

Yet this is a success that has come neither easy nor free.

More than a decade’s worth of painstaking work – not to mention considerable public money and resources – were thrown at convincing Unesco that the region deserved this accolade. Almost 700 pages of arguments – a “Bible’s worth”, one official notes – had to be written up, while much time was spent convincing oft-sceptical locals the project was both achievable and desirable.

So, why and how exactly did the area make it happen? And, perhaps more importantly, given that some critics have said the recognition equates to little more than a certificate on a wall, was it really worth it?

When Dr Dafydd Gwyn first started telling people in 2009 that he was part of a new team looking to win World Heritage Site status for the slate region, the response, he says, was often one of incredulity.

“One challenge was persuading people that these very working-class communities – terrace houses in the shadow of industry – deserved this,” the 64-year-old independent heritage consultant says. “The suggestion that these villages could be considered in the same breath as the Great Wall of China, you know, it was: ‘Bloody hell, what are you talking about?’”

The doubt, he says, came mainly down to one thing. “I think if you live with something all your life, you think it’s ordinary,” he says. “[I remember] a farmer being told that a quarry on his land was as unique as the Taj Mahal. I suspect that’s not something he ever expected to hear.”

Why exactly the area is considered so special comes down to three broad but interlinked factors.

The first is the landscape itself. What we see in this part of Wales today is monumentally different from that which existed 250 years ago. So vast was the 19th-century quarrying industry here that entire mountains were split open, shorn back and cleaved down. To some extent it was an environmental catastrophe. It’s been argued, indeed, by bodies like the International Union for Conservation of Nature that such human destruction should not be celebrated. Yet that the topography here is now both compelling and without comparison is beyond question.

The second factor is the extent to which this quarrying helped build the modern world. Towards the close of the Victorian era, the stone extracted here accounted for a third of all roofing slate used across the planet. Production was on a scale never before known.

And the third reason is the villages and towns which sprang up around the developing industry. The churches, band rooms, schools, libraries, meeting clubs and railways were not only indicative of Victorian working communities, says Gwyn, but “truly distinctive, truly cultured examples of it”. Today, crucially, he adds, they remain largely intact.

It was with all this in mind that in 2012 the UK government approved a proposal by Gwynedd Council to bid for a place on the famed Unesco list.

Over the following seven years, a team – led by the council but including representatives from bodies such as the Snowdonia National Park Authority and the Wales Slate Partnership – put together a 472-page nomination dossier and 212-page future management plan, along with hundreds of supporting documents. It was finally submitted to the UN body in 2019.

“When the Lake District went through this process [in 2017], there was a quote that the paperwork weighed something in the region of 60 kilos,” says Roland Evans, assistant head of economy and community with Gwynedd Council. “A lot of ours was done electronically but that gives an idea of the work involved.”

There was also a small matter of convincing some doubtful locals to get behind the cause. Businesses, in particular, had to be assured the sought-after status wouldn’t overly restrict development (“much diplomacy needed”, notes Gwyn), while some councillors were initially lukewarm about chasing a title that, ultimately, comes with no attached funding or explicit investment.

Then, by the time a representative from Unesco actually visited in September 2020, another unforeseen issue had emerged: a global pandemic.

“It was just as Covid was rising again and new restrictions meant we weren’t allowed to meet indoors,” explains Evans. “So, she came from Germany for 10 days but we had to set her up with a room in Llanberis where she held pretty much all her meetings virtually.”

After that, it was a waiting game.

News that Liverpool’s dockside had actually been removed from the list earlier this month in an argument over proposed developments caused some nerves in north Wales. Some wondered if it might mean Unesco looking less favourably on another UK proposal.

Yet in the end, the bid, it seems, was simply too good to refuse. The slate region was named as the UK’s 32nd entrant on the register on Wednesday lunchtime. It was, said Westminster’s Wales minister David TC Davies, a “magnificent accomplishment”.

Magnificent or not, however, some of those local doubts do remain even now. Specifically, there are questions about how much local money was spent on the whole process.

Although Evans says the project’s total budget was just £250,000 over almost 10 years, that figure does not take into account the sheer amount of council working hours and resources sunk into the scheme. In an area of considerable deprivation – the average wage in the constituency of Dwyfor Meirionnydd was the third lowest in the UK in 2019 – some have wondered if that was really time and treasure well used.

Evans is adamant it was. Improved access to grants, new investment and a sustainable tourist boom should all come off the back of this week’s decision, he reckons.

“What we want to create here is a legacy for future generations to prosper, and this is absolutely a step in that direction,” he says. “We want our young people to continue living here and for there to be career prospects when they come out of college … and, already, we now have projects in the pipeline worth about £100m which have spun off from the work we have done on heritage over the last 10 or 12 years.”

In Cornwall, an estimated £3.8m a year was pumped into the local economy after the tin mine landscape there was granted World Heritage status in 2006.

Now, there is no reason something similar won’t happen here, says the local Plaid Cymru MP Liz Saville-Roberts. “Of course money and time has been put into achieving this,” she says. “But, if we play it to our strengths, the confidence and the opportunities that it will bring can be turned into real, long-lasting economic benefits for the whole region.”

If such hopes do indeed prove to be fulfilled, there seems little doubt that winning a place at heritage’s top table will be celebrated as a masterstroke.

Certainly, back speaking with Owain Williams in Pwllheli, that is his hope.

As he approaches 90, his own long interest in Welsh history – as well as his long-term support for Welsh independence – has never been stronger.

One thing he has found, he says, is that people in this part of the world have always been shy about embracing their own heritage; too modest about recognising the achievements of their forebearers. “Perhaps this will give us confidence,” he says. “This is Wales: there’s nowhere on Earth like it. I’ve always known that.”

Now, it seems, the rest of the world does too.

7 Cold Calling Secret Tips to Get Past Gatekeepers 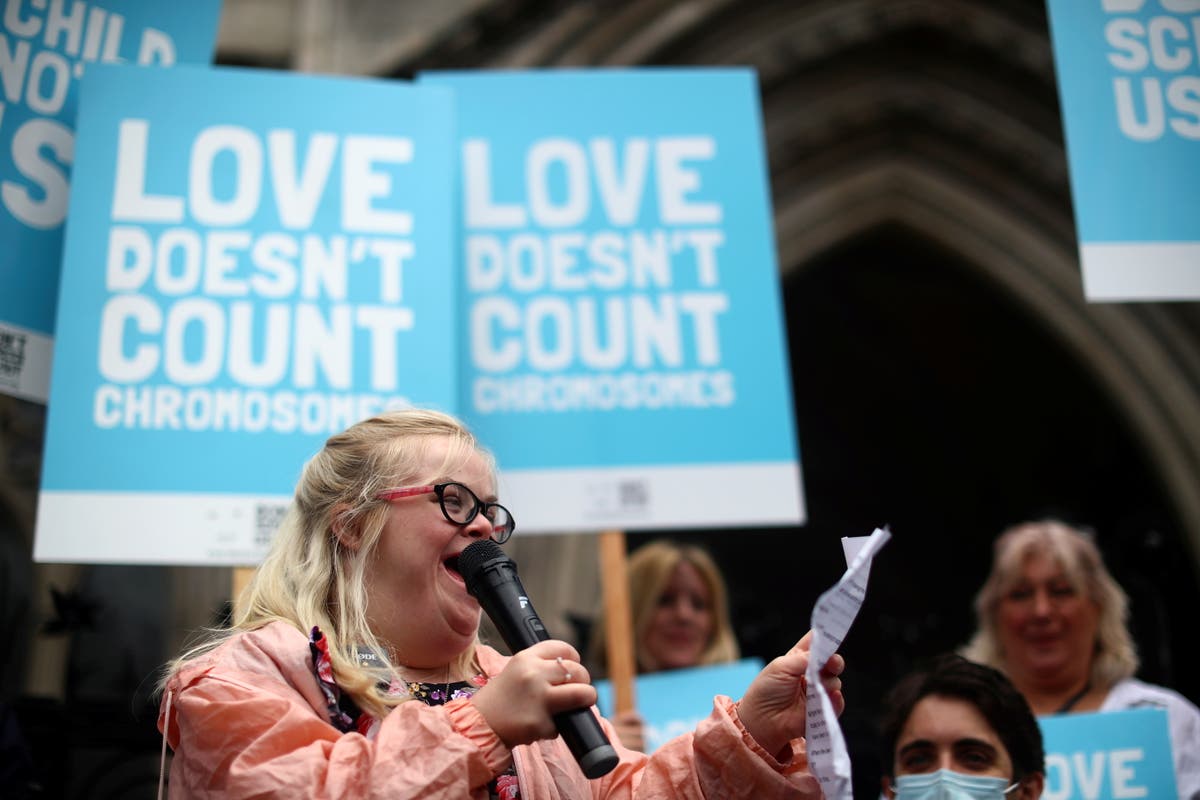 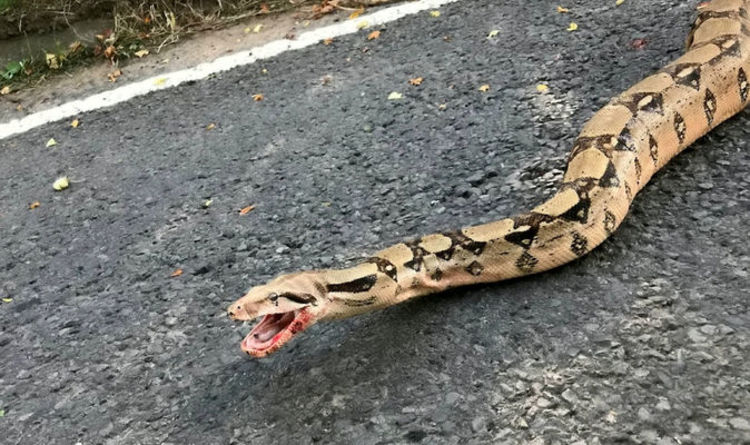 Talking Horses: Modern Games may jet to the US for Breeders’ Cup