The G7 foreign ministers of Canada, France, Germany, Italy, Japan, The United Kingdom and the United States, as well as the High Representative of the EU, have stated that they “are united in our condemnation of Russia’s continued actions to undermine Ukraine’s sovereignty, territorial integrity and independence.”

Before the fall of the Berlin Wall and the dissolution of the Soviet Union two years later, the Black Sea was an almost entirely Soviet-controlled body of water that was shared only with Turkey, which has since become the center of an East versus West divide.

At the time I wrote an editorial in the autumn 2014 edition of the Geostrategic Maritime Review, Crimea was occupied by Russian troops and military exercises involving 150,000 men on the Ukrainian border (40,000 on March 30, 2014), was seen as a direct response to the new Western-friendly government in Kiev after its signing of an Association Agreement with the EU on March 21, 2014, a move that came shortly after pro-Russian President Viktor Yanukovych fled Ukraine following the EuroMaidan Revolution from earlier that year.

Seven years later, Ukraine is now accusing the Kremlin of massing 80,000 soldiers on its eastern border and in Crimea.  According to Kiev, there are 28,000 separatist combatants and more than 2,000 Russian advisors and instructors on the territory they control.

Ukrainian President Volodymyr Zelensky tweeted on April 8 that since the ceasefire on July 27, 2020, “28 warriors have been killed by shelling in the (Ukraine’s eastern) Donbass (region), 24 of them this year.  Since March 26 alone, we’ve lost 8 soldiers.”

OSCE Germany later released a statement on April 10 saying: “Russia has not answered the questions raised by Ukraine re: the considerable Russian military activity near the Russia-Ukraine border and in occupied Crimea.  We support Ukraine’s request, under para 16 #ViennaDocument, and call on Russia to fulfil its obligations and provide clarity and transparency.”

Former Ukrainian President Petro Poroshenko tweeted on April 13 that the “escalation situation in the east is a consequence of the current Ukrainian authorities’ desire for the so-called ‘pacification of the aggressor’. I repeat: we should not seek peace in the eyes of Putin.”

From a conflict resolution point of view, many instruments have been put into place to de-escalate the crisis, such as the Normandy Format concluded on December 9, 2019, in Paris, involving France, Germany, Russia and Ukraine, who decided on : 1) immediate measures to stabilize the situation in the conflict area; 2) measures to implement the political provisions of the Minsk agreements; and 3) Follow up.  Why have they failed to resolve this more than half decade-old low-intensity conflict on the Ukrainian-Russian border?

This is a classic example where there are no military solutions, but rather, political solutions to resolve and end this conflict. The question remains whether this is yet another frozen post-Soviet conflict on Europe’s borders, one that results in dismembered and unrecognized territories that are occupied by Russia, just as we’ve already seen in Georgia’s breakaway regions of Abkhazia and South Ossetia, as well as in the Moldovan region of Transnitria?

Released on April 8, the Global Trends Report, published by the U.S. intelligence agencies  “sees the international stage as largely being shaped by a rivalry between China and the United States, along with its allies. No single state is poised to become the dominant global force, the authors write. And competing powers will jockey for position, leading to “a more conflict-prone and volatile geopolitical environment.”

It seems that we are going back to the status quo ante from the Cold War, as I entitled in my 2014 book, Ukraine: Prémices de guerre froide en Europe? (Ukraine: The beginning of a new Cold War in Europe?), where the authoritarian East squared off against the democratic West.  Or are we witnessing a so-called “Westlessness”, which was the theme of the 2020 Munich Security Conference, when the conference’s German chairman, Ambassador Wolfgang Ischinger, argued that we are in “an unacceptable state of global insecurity”?

Since challenges like transnational organized crime or global epidemics like COVID-19 can only be addressed in cooperation, a retreat to narrowly defined national interests puts all of our future at risk.

When trying to understand the current East-West standoff, several important factors need to be considered:

Now is the time to show strength just as Secretary of State Antony Blinken did when speaking with NATO Secretary-General Jens Stoltenberg when he spoke at the alliance’s headquarters in Brussels on March 23 and again on April 14, when both men held a joint press conference with U.S. Secretary of Defense Lloyd Austin during the announced final withdrawal of American troops from Afghanistan and a reiteration of Washington’s support for Ukraine’s sovereignty and territorial integrity.

NATO is a transatlantic alliance that is 30-countries strong and represents 50% of the world’s GDP and 50% of military might. It cannot be taken for granted. More than one billion people chose to join the alliance on a voluntary basis. They are supporters and defenders of freedom, democracy, a rules-based international order, and peace. No one country can effectively deal with the challenges we are facing today.

The Montreux Convention of 1936 states that ships that are not littoral states are barred passage of all aircraft carriers in the Black Sea for more than 21 days.  If Ukraine joins NATO, would Turkey, Romania or Bulgaria go to war to defend her against Russia? If these NATO members are attacked and according to Article 5, the United States would be under obligation to defend a NATO ally.  Would China step in to assist Russia?

Ukraine is no longer economically dependent on Russia

Anders Aslund points out that Ukraine is no longer economically dependent on Russia.  The country’s merchandise exports increased by 5.8 per cent to $50.1 billion, while imports rose by 6.3 per cent to $60.8 billion.  Overall, the European Union has grown in importance as a trading partner with 41.5 per cent of Ukraine’s total merchandise exports and 41.1 percent of its imports. As for so many countries in the world, China has suddenly become the biggest trading partner with 7.2 per cent of Ukraine’s exports and 15.1 per cent of its imports.  China has replaced Russia as Ukraine’s first export partner.

It seems unlikely that the construction of Nord Stream-2 could be halted and that the EU would sanction Russia and companies working on this pipeline because “this project is crucial for Germany since the low cost of Russian gas increases the efficiency of German industry…. The implementation of Nord Stream-2 will enable Germany to become the largest European gas hub and will provide an opportunity to control the price situation on the fuel market.”

Is joining NATO the only and best solution to ending the conflict/crisis in the Donbass?  Washington is supporting Ukraine’s territorial integrity and sovereignty, but is it ready to offer the country a road to join the Western alliance via a membership action plan?  Or will other member countries block its access like Greece blocked North Macedonia’s quest for membership?

Is Vladimir Putin testing President Biden’s resolve as he approaches his first 100 days in office?  A senior Biden administration official said that “We are not looking to reset our relations with Russia nor to escalate. Our goal is to impose costs for actions we consider unacceptable while seeking stability, predictability, turning down the temperature.  He added: “If they’re inclined to turn the temperature up, we’re ready for that.”

SafeMoon: 11 things to know as SafeMoon cryptocurrency soars ANOTHER 100% 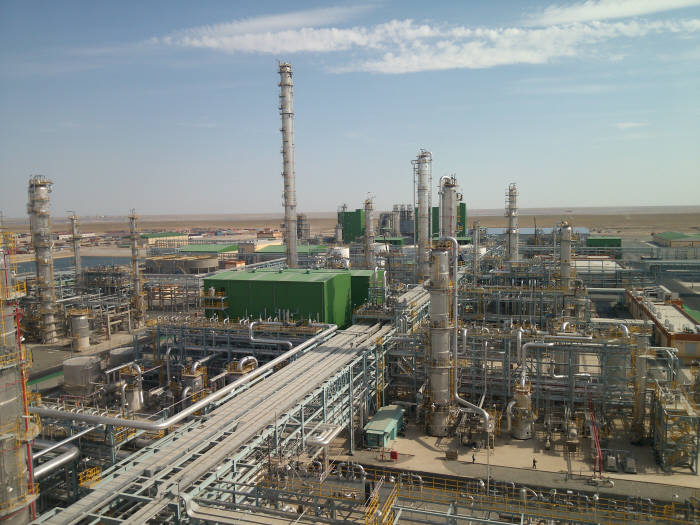 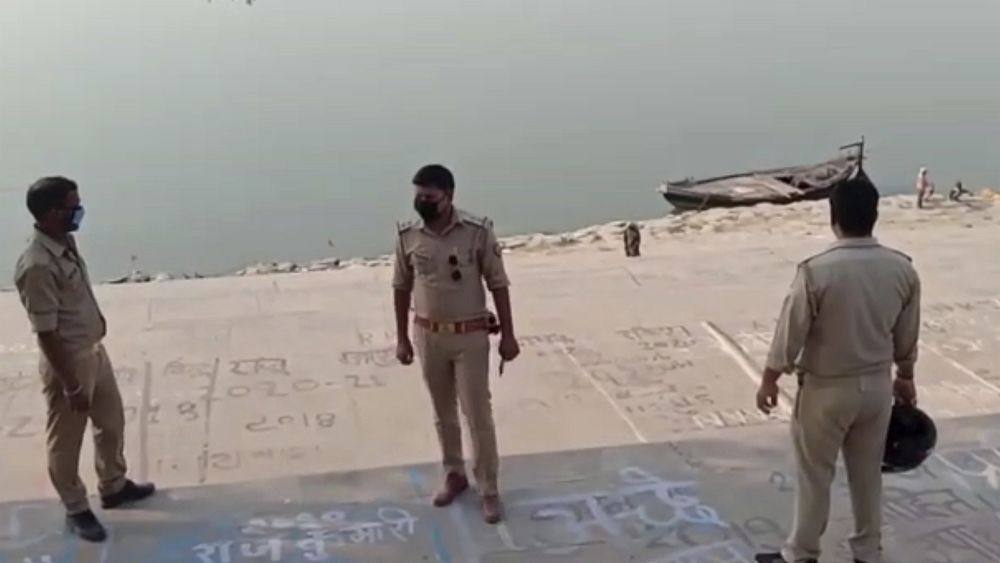 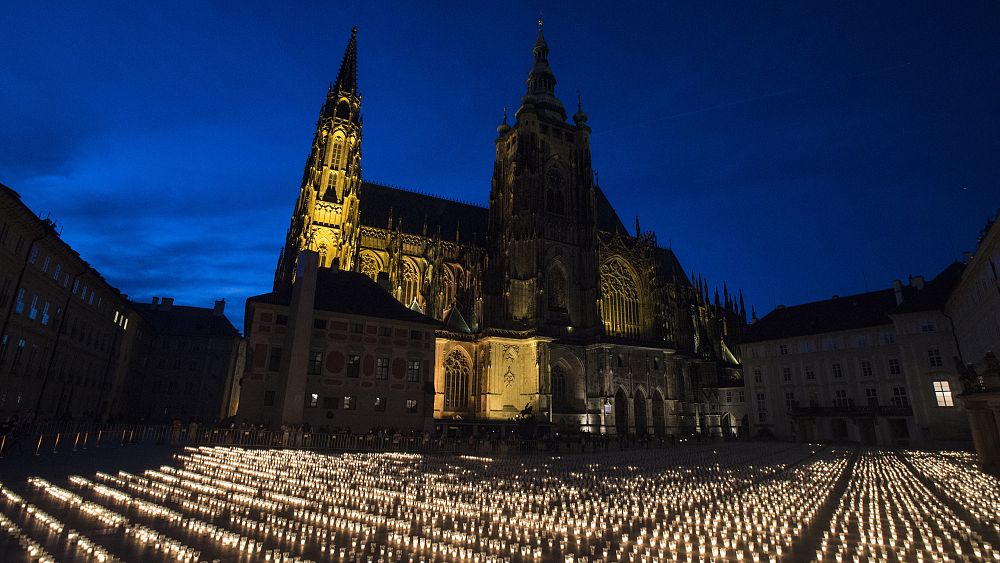 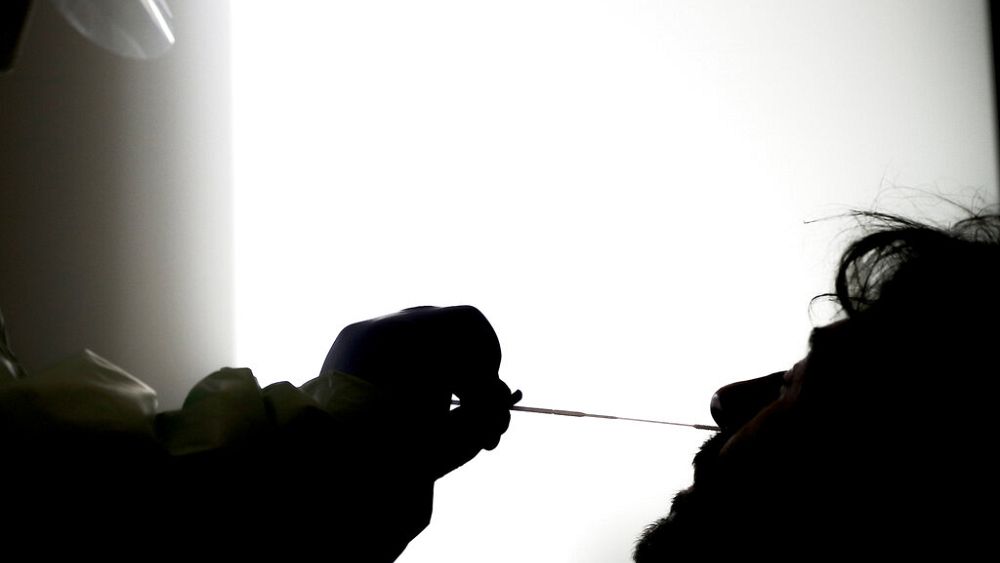