He said the Australian Energy Market Operator had changed requirements for projects to connect to the grid without clear justification, and he called for transparency and reforms to give investors greater certainty.

Although wholesale electricity prices are on a trajectory to fall further with the uptake of renewable energy, Mr Corbell said higher risks for projects could increase their cost and be passed on to electricity market prices.

Australian Energy Market Operator chief systems design officer Alex Wonhas said Australia’s energy system was transforming faster than any other nation but projects were encountering issues safely connecting to the grid and some were failing standards.

“It’s a fine line we need to tread between enabling the transition of our energy system, which is occurring at rapid speed, while not exposing consumers and industry to an unreliable energy system,” Dr Wonhas said.

“It’s a little bit like the game Jenga, building the power out of blocks … when it becomes too tall, the power collapses and we can get a blackout.”

He said the AEMO and developers were following processes and regulations designed for “a completely different era”.

Victoria’s grid was designed for electricity to flow mostly from coal-fired generators in the Latrobe Valley in the state’s east to the remainder of the state, but most renewable generation is located in the west.

The state government pledged $543 million to strengthen the grid, co-ordinate renewable energy in zones and improve connection times for projects in its 2020-21 budget.

A new body, VicGrid, will plan most of the upgrades, which will take between two and seven years to put in place, with priority projects to be confirmed in the second half of this year.

“We are working closely with AEMO to develop transmission upgrade projects and expedite connections wherever possible to address a lack of capacity or network system strength,” a state government spokeswoman said.

Between June 2019 and the end of last year, Victoria connected or started powering up 1.6 gigawatts of large-scale renewables, the most of any state. The AEMO approved five projects in Victoria to begin generating last year, more than in 2019.

Major issues surfaced in 2019 in a weak grid area called the West Murray Zone, where five solar farms were restrained after problems threatened grid security, prompting the AEMO to since require all projects in the region to go through additional testing before connecting.

Dr Wonhas acknowledged the tests had come as a surprise to some developers, but he said the AEMO was working to improve communication about connection requirements and assist with solutions.

The AEMO in 2016 first warned of weaknesses in the zone from Terang in south-west Victoria to south-west NSW, where 14 large-scale renewable generators have since connected. Dr Wonhas said the grid in that region had reached capacity, despite a further 20 projects having commitments.

“The investor needs to make up their own minds but I certainly wouldn’t invest my money in a project that goes in that part of the network,” Dr Wonhas said.

An open-access regime allows investors to propose projects anywhere on the grid but connecting can increase constraints for wind and solar farms already operating.

“A more managed access regime, like that which is proposed for those newly established renewable energy zones, will create greater certainty for developers and investors,” Dr Wonhas said.

“Until the transmission infrastructure gets strengthened in that part of the network, it will always be a marginally stable part of the system.”

One flagship project to alleviate grid issues – the Western Victorian Transmission Project – would improve connection from western Victoria to Melbourne but is facing backlash from councils and landowners who want power lines to travel underground.

Political ambition to get renewable energy projects under way, cautious energy market bodies and some developers not doing due diligence have caused the current connection issues, according to the Grattan Institute.

“No one overall is very happy with where we’ve gotten to,” said Tony Wood, the institute’s energy and climate change program director.

“This is now the single most significant barrier to achieving high levels of large-scale renewable energy in this country.”

Mr Wood said electricity market bodies were ultimately responsible for flagging the need for grid investment, and should have successfully done so sooner, but attempts were slow to cut through the climate debate.

“All that mess created so much noise to the extent that bodies such as AEMO were raising these issues and it was just drowned out,” he said. “Inevitably, this was going to emerge as a problem.“

The 35-turbine Mortlake South Wind Farm has capacity to power 100,000 homes and was due to generate energy from early 2021 but developer Acciona anticipates it could be delayed a year.

Project director Andrew Tshaikiwsky said it was unclear exactly when any generation would commence due to the project’s grid connection being in the West Murray Zone.

“It’s frustrating that the delay is of the magnitude that it is,” Mr Tshaikiwsky said. “We are entirely focused on finding the solutions as soon as possible.

“I’m not sitting here blaming anyone in particular for this. It’s an industry progression and people are trying to provide alternatives to the old thermal generation.”

Changes to the grid connection process are holding up plans for the Carwarp Solar Farm, in the state’s north, where a Victorian government supply agreement supported the project in 2018. Construction is yet to start despite an initial completion target of last year.

A spokesman for the developer, Canadian Solar Australia, anticipated construction could begin later this year or in early 2022.

Tilt Renewables’ Deion Campbell said failures to fully connect projects to the grid had cost wind farms in Victoria about $100 million in lost revenue in the past two years but had brought unforeseen issues into sharper focus and added impetus for change.

“It has been hard and painful, but it has probably helped,” he said. “It has focused a lot of minds on trying to make it better. We don’t expect our next project to be in the same boat.”

The Morning Edition newsletter is our guide to the day’s most important and interesting stories, analysis and insights. Sign up here. 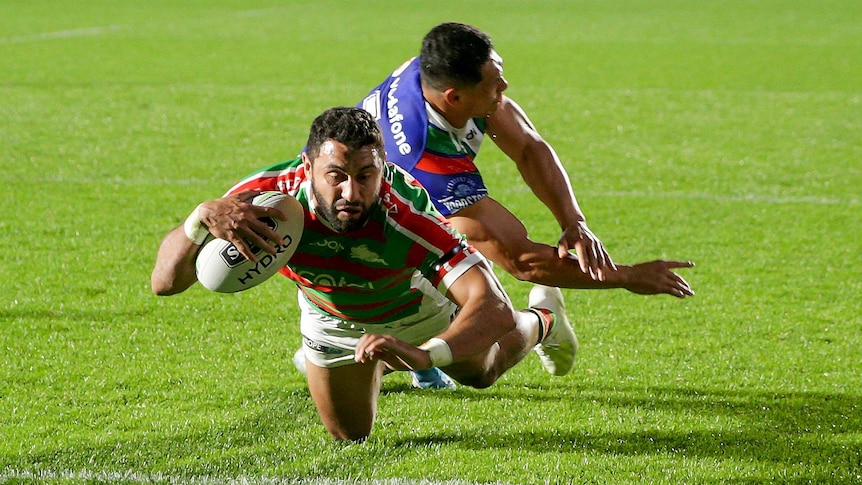 Chaotic scenes as thousands gather for lockdown protests despite lockdown