DALLAS (CBSDFW.COM) – While stimulus checks continue to arrive in the mail, many Americans will be receiving an extra payment. The Internal Revenue Service (IRS) has started sending out catch-up payments, otherwise known as “plus-up” payments, to those whose third payment was less than they are eligible for. These plus-up payments do not apply to the first two rounds of stimulus.

The IRS used the latest tax return information on file to determine the payment amount for the third round of stimulus checks. For many that was still their 2019 tax return. However, especially with the pandemic shutdowns and record unemployment, many people had a much lower income in 2020. Others welcomed a new member to the family.

READ MORE: Stimulus Check Latest: Will There Be A Fourth Relief Payment?

In many cases, the lower income or the additional dependent made them eligible for a bigger stimulus check. These plus-up checks are the difference between what people initially received and what they are entitled to. “The most important thing people can do to make sure they receive their proper stimulus amount would be to go ahead and file a 2020 tax return,” said Bob Probasco, tax expert with the Texas A&M University Law School. “The IRS will catch up to these returns and make corrections to the stimulus payments.”

Why Did I Possibly Receive The Wrong Amount?

The topline $1,400 number that drew so much attention wasn’t necessarily what people received. The actual amount could vary based on income restrictions, tax-filing date and number of dependents.

This stimulus package phased out checks more quickly than the previous two. So while the income threshold remained at $75,000 ($150,000), those earning $80,000 ($160,000) or more received nothing. The phase out progressed at a constant rate, meaning people received $.28 less for every $1 they earned over the limit. Put another way, that meant those with an Adjusted Gross Income (AGI) of $76,000 received $1,120, and that total fell by $280 for every additional $1,000 of income. (AGI is the total of one’s wages, interest, dividends, alimony, retirement distributions and other sources of income minus certain deductions, such as student loan interest, alimony payments and retirement contributions.)

The IRS determined the stimulus check amount based on the most recent tax return information it had on file. Given that the third round of payments started in mid-March and the revised tax deadline is May 17, the latest tax information could have been from 2020, 2019 or even a prior year. It all depended on when a recipient last filed their taxes. Those who filed for 2020 or 2019 received a stimulus check based on information from that year. Those who had only filed for some prior year received nothing.

A lot can change in a year. And a lot did change from 2019 to 2020. The country endured the ongoing COVID pandemic and the resulting financial distress foisted upon individual households and the broader economy.

The economy shrank by 3.5 percent in 2020, the largest single-year decline since the end of World War II. More than half of the job loss during the COVID crisis has come in low-wage industries. And somewhere around 9.5 million of the jobs lost during the pandemic have not returned. As recently as the end of March, approximately 16.9 million people were receiving unemployment benefits of one kind or another. Many of those fortunate enough to stay employed still saw their pay decline from a loss of hours.

Income changes from 2019 to 2020 could affect the amount a person is owed in stimulus. As an example, suppose a single person who earned an AGI of $80,000 per year in 2019 lost his job halfway through 2020. So his income for last year was $40,000. (For the purpose of simplicity, set aside any unemployment benefits this person may have received.) If he had only filed his 2019 taxes, he would not receive a third stimulus check. The IRS only knows about $80,000 in annual income, and that’s the threshold where the third relief payment phases out completely. However, once he submits (and the IRS processes) his 2020 taxes showing an AGI of $40,000, he will receive a plus-up payment of $1,400. An annual income of $75,000 or less makes him eligible for the full amount.

While the last year has seen plenty of lost hours and lost jobs, some households have also welcomed additions. Those whose dependent status changed — perhaps because of a child born or a dependent family member who now qualifies for stimulus — may have also received an incorrect payment. The IRS won’t know about a 2020 baby until the parents submit their 2020 taxes. So they issued $2,800 to a married couple who welcomed their first child last year but had yet to file. Once those parents file their 2020 taxes, the agency will automatically send out an additional $1,400 to account for the new dependent.

READ MORE: Restaurants Reopening: Where Do They Stand, And How Do They Recover From COVID?

A similar issue could arise with families who don’t typically file but used the non-filer tool to update their dependent count last year. Dependents above the age of 16 weren’t previously included, so the IRS won’t have them on record. Filing a return for 2020 will ensure that they do.

How Do I Find Out If I’m Owed More Stimulus?

The best way to gauge eligibility for a plus-up payment is to do the math. A single person whose annual income fell from some amount above $75,000 in 2019 to some amount below $80,000 in 2020 may be due additional stimulus. (The income levels double for married couples.) For clarity, those whose income remained above $80,000 won’t be eligible for an additional payment because $80,000 is the cutoff. Likewise, those whose income remained below $75,000 won’t be eligible for an additional payment if they already received a third stimulus check for $1,400 because $1,400 is the maximum payment for an individual.

The numbers change with the addition of a new dependent. For every new dependent, the income threshold increases by $5,000, as seen in an earlier example. But the calculation remains essentially the same.

After comparing the amount due and the amount received, the next step is to check the IRS’s tracking tool ‘Get My Payment.’ Note any change in the payment information, particularly if another payment has been scheduled.

How Do I Get The Stimulus Money I’m Owed?

The first step is to file taxes for 2020. That way the IRS has current income information reflecting any changes from 2019. Missed stimulus payments from the first two rounds of checks can also be claimed as rebates on a tax return. The IRS urges low and moderate income families, especially those who normally don’t file, to use Free File to file a 2020 tax return. Through Free File, leading tax software providers are supposed to make their online products available for free.

For those who are not comfortable doing their own return, IRS volunteers offer tax help at more than 11,000 tax help sites, nationwide. To find the nearest site, click here or call 800-906-9887. There are also options to free file using your mobile device.

Once a recipient’s tax information has been updated, the IRS will send out plus-up payments automatically. A plus-up payment will arrive in the same way as the original third stimulus check. So if the first payment came via direct deposit, it’s also worth monitoring the your bank account or Direct Express card balance for the arrival of additional funds. If the first payment came by mail, a recipient can use the Postal Service’s Informed Delivery service to track it. The USPS’s automated mail-sorting equipment takes a picture of each letter-sized piece of mail and sends it to each addressee who subscribes.

A direct deposit should arrive no more than five days after the IRS says it’s been sent. A check mailed to a standard address could take up to four weeks. If the money doesn’t arrive in the appropriate time frame, a payment trace may need to be filed.

To trace a payment, call the IRS at 800-919-9835 or send them a Taxpayer Statement Regarding Refund (Form 3911) by fax or mail. This contact information should not used to figure out stimulus check eligibility or check a payment amount.

MORE NEWS: Why Are There No Houses To Buy?

Fatty liver disease: Three changes to the body warning of your risk of chronic condition 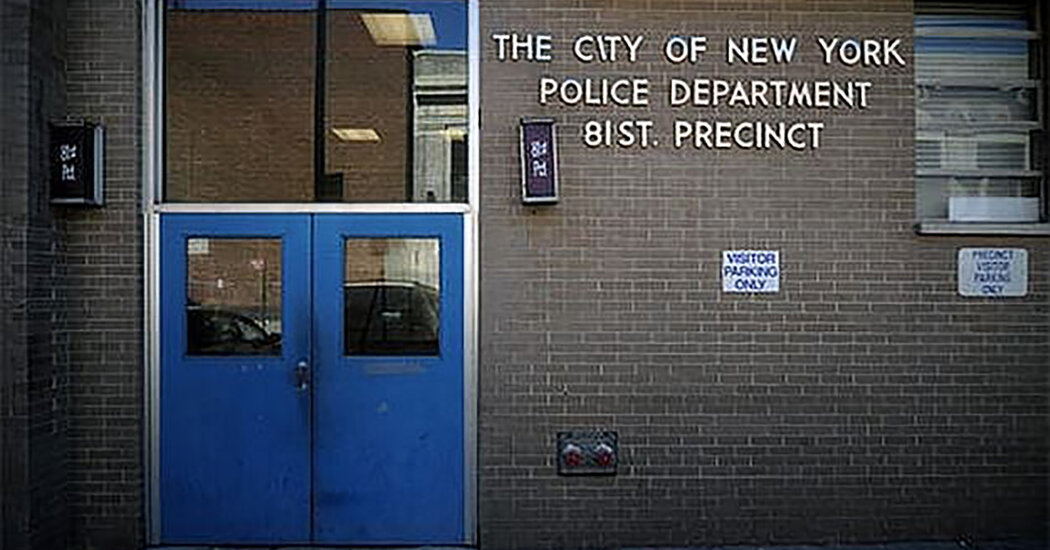 Police Officer Is Shot While Responding to Gunfire in Brooklyn 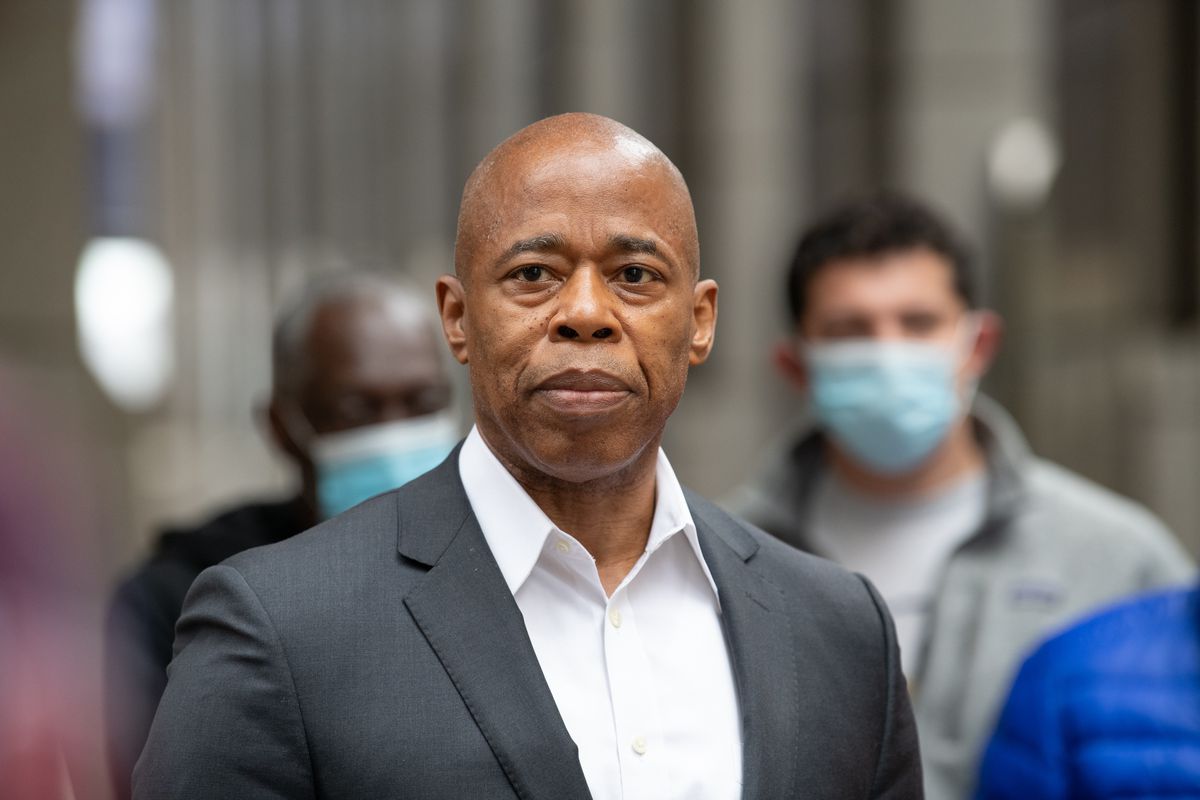