Republican Brian Kemp issued a joint statement on Sunday night together with Republican Lt. Gov. Geoff Duncan, saying it would violate state law for the General Assembly to name electors instead of following the current state law that calls for the governor to certify electors after results are certified.

‘Any attempt by the legislature to retroactively change that process for the November 3rd election would be unconstitutional and immediately enjoined by the courts, resulting in a long legal dispute and no short-term resolution,’ the two said in their statement. 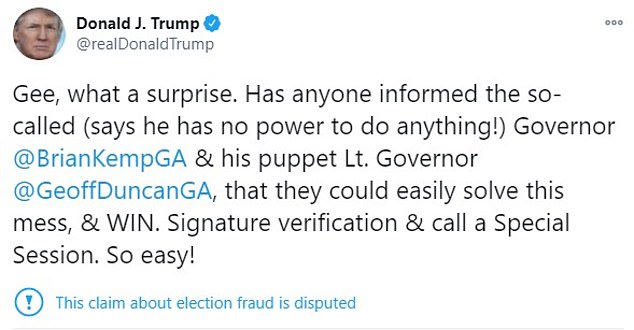 President Trump tweeted on Sunday after the Governor and Lt. Governor issued their joint session refusing to hold a special session

Trump and Kemp spoke by phone hours before Trump held a rally on Saturday in Valdosta.

The president asked Kemp to order the legislative session and the governor refused.

According to a tweet from the Governor, Trump also asked him to order an audit of absentee ballots from the presidential race in his state. Kemp has said he can’t do that because he has no authority to interfere in the electoral process on Trump’s behalf. 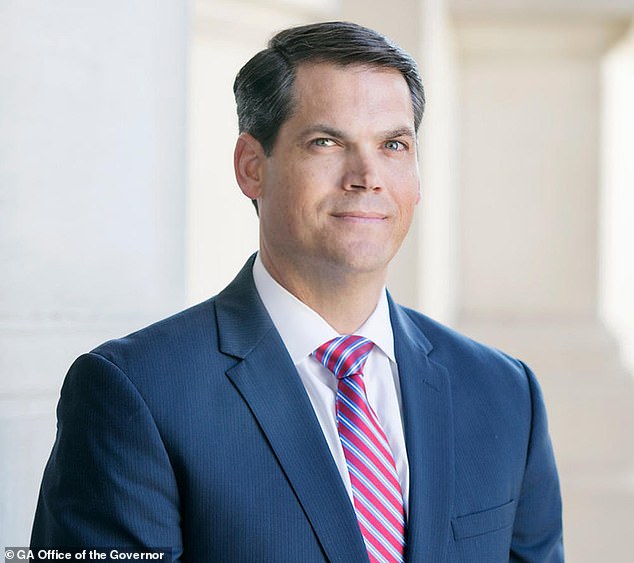 Geoff Duncan, Georgia Lieutenant Governor, said alongside Kemp that they do not have authority to interfere in the electoral process on Trump’s behalf 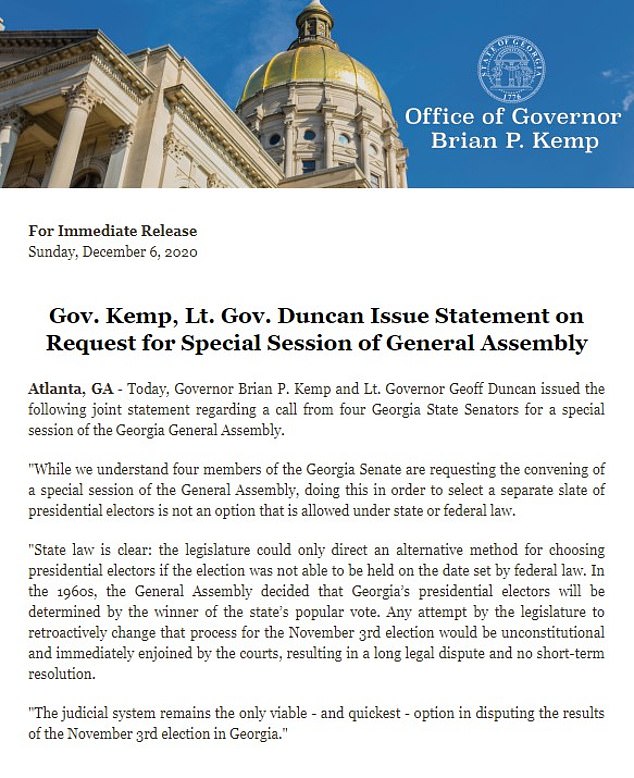 ‘Has anyone informed the so-called (says he has no power to do anything!) Governor @BrianKempGA & his puppet Lt. Governor @GeoffDuncanGA, that they could easily solve this mess, & WIN. Signature verification & call a Special Session. So easy!

Duncan and Secretary of State Brad Raffensperger appeared on television Sunday to defend the integrity of the election.

‘I’m proud that we’re able to look up after three recounts and watch and be able to see that this election was fair,’ Duncan said on CNN’s ‘State of the Union.’

‘Was it perfect? Absolutely not. I don’t know if any election was perfect in the history of this country.’ 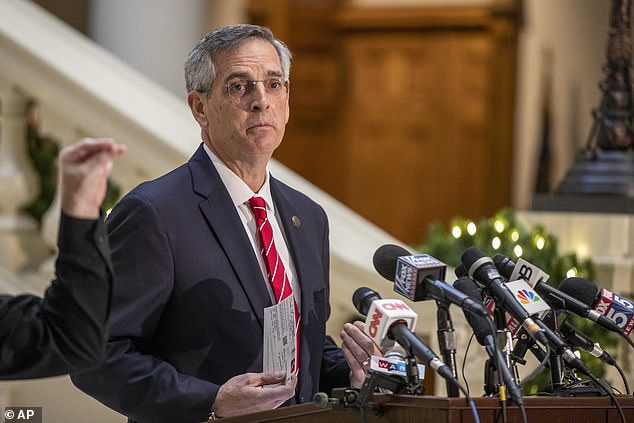 ‘Right now, we don’t see anything that would overturn the will of the people here in Georgia,’ Georgia Secretary of State Brad Raffensperger said on Sunday

‘Right now, we don’t see anything that would overturn the will of the people here in Georgia,’ Raffensperger said on ABC.

‘The president’s statements are false. They’re disinformation. They are stoking anger and fear among his supporters. And hell, I voted for him. The situation’s getting much worse and it’s an environment that’s been built out over years,’ Sterling said.

State lawmakers could call a special session on their own, but only if 60% of members in both houses of the General Assembly demanded a session in writing. That’s unlikely, especially because more than 40% of the current members of the state House are Democrats. 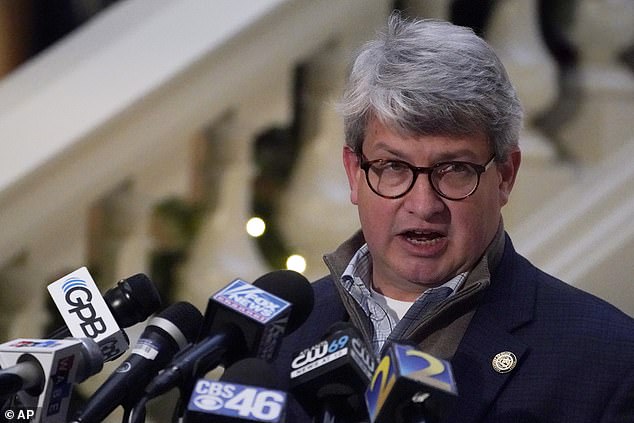 ‘I don’t believe that there’s the will in the General Assembly for a special session,’ Raffensperger said. He said if lawmakers went ahead ‘they would be then nullifying the will of the people.’

Kemp and Duncan said that going to court is ‘the only viable – and quickest option’ for people challenging the results of Georgia’s presidential balloting. 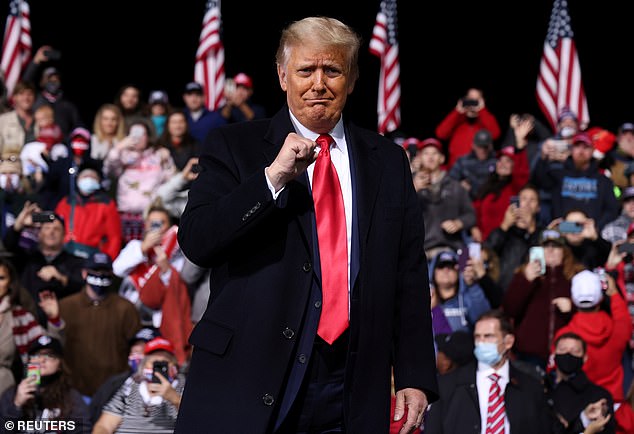 On Saturday, the president headlined a two-hour rally in the state of Georgia where he railed against Governor Kemp, the press and Democrats, suggesting the election was full of fraud and falsely claiming that he had in fact defeated Joe Biden

Meanwhile, Georgia’s DeKalb County officials have said they ‘don’t know’ if they are  in possession of the ballot transfer forms used to record the chain of custody for absentee ballots dropped into some 300 dropboxes around the state.

In response to an open records request from The Georgia Star News for the forms, county officials wrote that ‘it has not yet been determined if responsive records to your request exist.’

Georgia election rules require ballots from drop boxes to be picked up by teams of at least two people, who must complete a transfer form upon doing so.

Raffensperger’s officer said that it did not know how many of the 1.3 million absentee ballots cast in the 2020 general election were delivered by mail vs. dropbox, but that the individual counties should know.

He said that the transfer forms are in the possession of individual counties.

‘DeKalb County and [the DeKalb County Department of Voting, Registration, and Election] VRE are currently operating within its COVID-19 Emergency Response Plan. These remote operations and VRE’s current workload greatly impact how soon responsive records can be provided,’ the response from the department stated.

‘VRE is expected to make this determination within thirty business days.’

‘While we understand four members of the Georgia Senate are requesting the convening of a special session of the General Assembly, doing this in order to select a separate slate of presidential electors is not an option that is allowed under state or federal law.

‘State law is clear: the legislature could only direct an alternative method for choosing presidential electors if the election was not able to be held on the date set by federal law. In the 1960s, the General Assembly decided that Georgia’s presidential electors will be determined by the winner of the state’s popular vote. Any attempt by the legislature to retroactively change that process for the November 3rd election would be unconstitutional and immediately enjoined by the courts, resulting in a long legal dispute and no short-term resolution.

‘The judicial system remains the only viable – and quickest – option in disputing the results of the November 3rd election in Georgia.’

A Dying Star Fades Away Before Hubble’s Very Eyes

Brexit: Govt to push ahead with controversial Internal Market Bill, as trade talks with the EU go down to the wire 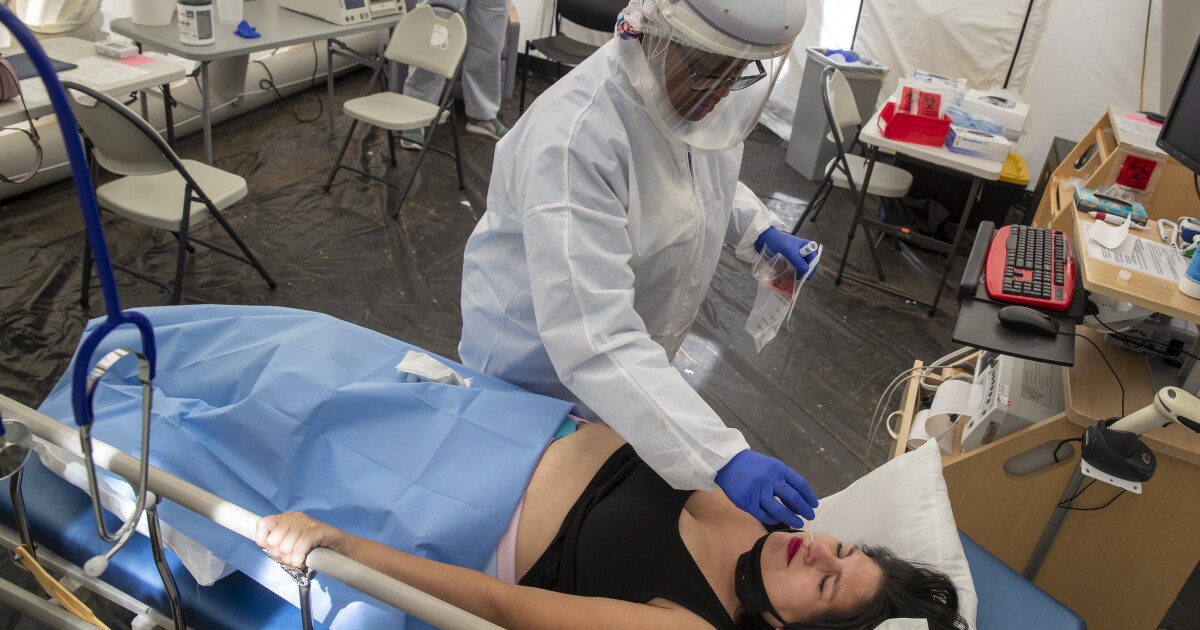 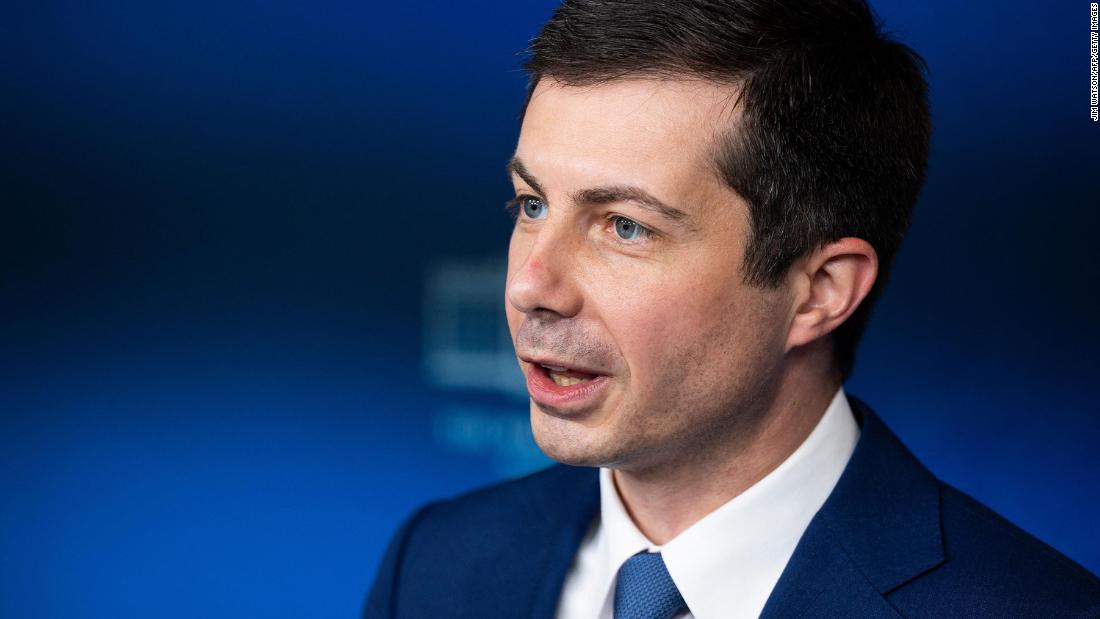 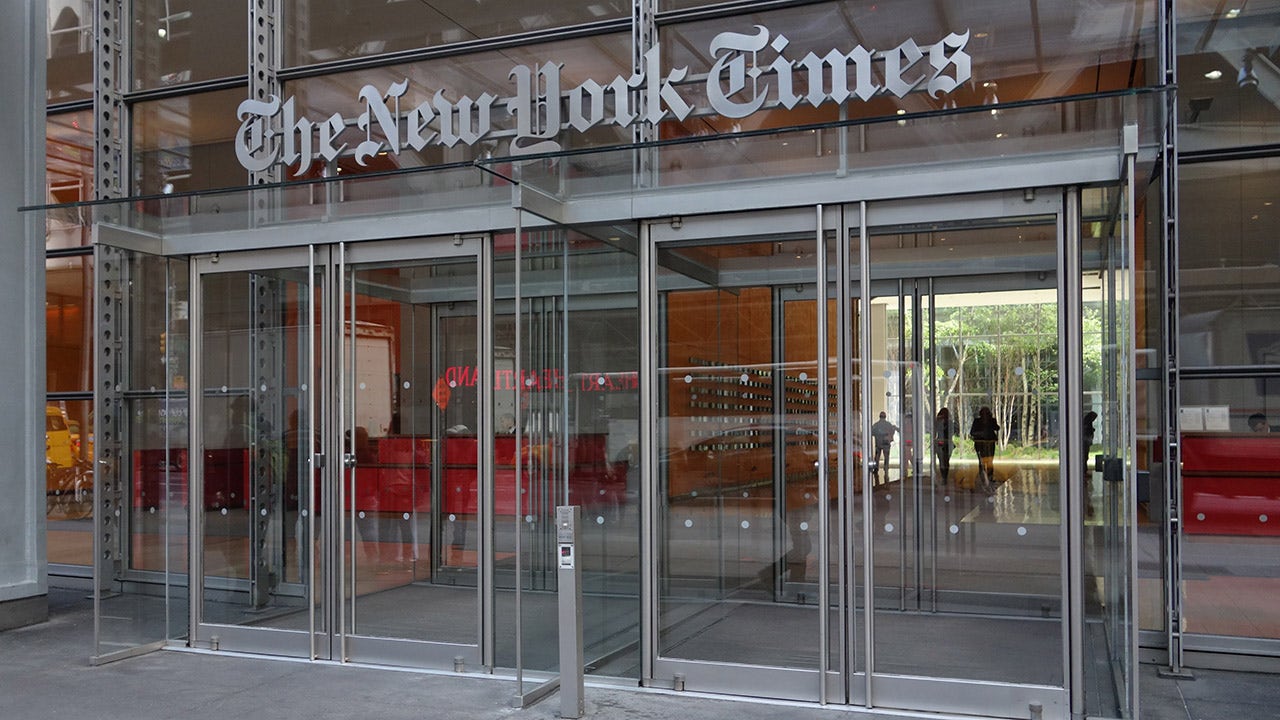 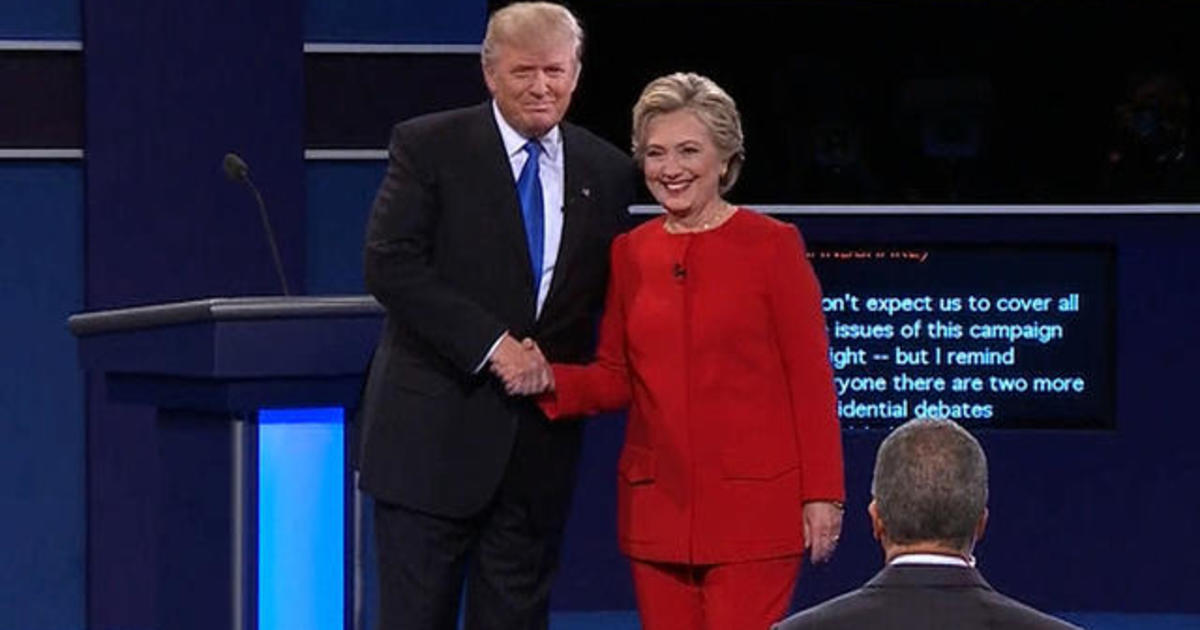