On Oct. 1, 1921, around 320 hooded Klansmen march through the streets of Longview. Some 10,000 people, nearly twice the town’s population, had gathered to watch, including “almost every man, woman and child,” the Longview Leader newspaper observed at the time.

A century later, a group of white supremacists plans to gather in Longview again, this time for the so-called “White Unity Conference” on Sept. 25. This time around, they aren’t receiving a warm welcome.

The conference has been organized by the Aryan Freedom Network, whose website features Nazi propaganda, Confederate flags and links to dozens of KKK chapters and white supremacist outfits around the nation.

An uproar erupted last Friday when flyers promoting the conference began cropping up on social media. Locals quickly announced protests against the event, and the City Council unanimously passed a resolution condemning it.

Michael Nerhling, a Longview resident, was amazed by “how quickly the community is coming together to send an opposing message and to let these groups know they don’t represent us.”

The Rev. LaDarian Brown, a pastor and local police officer, told the Longview News-Journal that this isn’t “the time for any elected official in Longview or Gregg County to be a coward” as he called on leaders to condemn the gathering.

Nona Snoddy, the only Black woman serving on the City Council, took the lead among elected officials. “We have to discourage it, and we have to be vocal,” she told Longview News-Journal. “People in elected positions and all of our leaders — everyone with a voice — needs to speak up and speak against it.”

“We have to discourage it and we have to be vocal.” – Nona Snoddy, Longview City Council

This Monday, Mayor Andy Mack announced a resolution condemning the conference, the group behind it and the racial hatred they espouse. He called a special session on Thursday to consider the resolution, which was approved unanimously by the council.

A report in the Jerusalem Post said 30-year-old Dalton Henry Stout and his 70-year-old father, George Bois Stout, organized the conference. According to public records, the father-and-son duo live in De Kalb, a small town situated a little more than two hours northeast of Dallas.

According to a newsletter published by the Sons of Confederate Veterans, Dalton Stout was sworn into the neo-Confederate group’s chapter in Mount Pleasant in 2018.

George Bois Stout, meanwhile, reportedly ran the Church of the KKK, a hate group whose website had proposed the original “White Unity Conference” that was meant to take place in Paris, another North Texas town around an hour west of De Kalb.

But the Church of the KKK’s website went offline after a Jewish anti-fascist collective known as Hayalim Almonim (Hebrew for “Anonymous Soldiers”) doxxed the Stouts while hacking another Klan-linked website, the Patriotic Brigade Knights of the Ku Klux Klan.

Billy Roper, an Arkansas-based neo-Nazi, is being billed as a guest speaker at the Longview conference. Described by the Southern Poverty Law Center as the “uncensored voice of violent neo-Nazism,” Roper leads the Shield Wall Network, a hardline group that advocates for a white ethnostate.

Speaking to the Observer, Hayalim Almonim says they have compromised Roper’s network by blocking their ability to communicate and fundraise.

No one knows yet how many people plan to attend the “White Unity Conference” or where the event will be held in town.

Longview city spokesperson Shawn Hara explained that the organizers haven’t requested a permit or reservation to hold the event, and the city is unaware of plans to hold any such event on public property. Likewise, Hara doesn’t know why the Aryan Freedom Network chose Longview or whether the conference will, in fact, take place within city limits.

But Longview, as well as East Texas at large, has long been a hotspot for Klan gatherings and white supremacist organizations.

“The possibility of a white unity rally being held in our city does not surprise me, but it definitely saddens me,” Snoddy wrote on Facebook.

Several chapters of the KKK still operate in East Texas, including in Longview, according to a list of Texas-based hate groups compiled by the Southern Poverty Law Center. White supremacist Earl Holt III, whose organization inspired mass murderer Dylann Roof, cites Longview as his hometown. And in 2017, KKK fliers were distributed in Longview on Martin Luther King Jr. Day.

The conference had originally been planned for Oct. 9 in Paris. At the time, it was promoted by the Church of the KKK. But when Paris locals learned about the plans in late January after the hack by Hayalim Almonim, a similar pattern of events unfolded. On Feb. 8., the Paris City Council unanimously passed a resolution condemning the conference and disapproving of the use of the city’s name by the white supremacist organizers.

“Longview can be a hard place to be different.” – Querida Duncalfe, writer and community activist

Paris has also grappled with the legacy of white supremacy in recent decades. In 1994, some 20 Klansmen gathered near the Confederate monument in front of the Paris courthouse, led by then Grand Dragon Michael Lowe.

A similar Confederate monument stands outside the courthouse in Longview. Locals say that such monuments only serve to make extremist organizations feel comfortable holding gatherings in the area.

“It serves as a beacon for white supremacists,” said Steve Crane, a Longview resident who has taken part in the push to remove the monument. In 2020, Shannon Brown, the lone Black member of the Gregg County commissioners’ court, proposed to remove the monument in Longview, but no one seconded the motion.

“Longview can be a hard place to be different,” explained Querida Duncalfe, a local writer and community activist who heads up This is US, a nonprofit leading the push to remove the monument. “If you’re not Christian, white or straight, it can be a hard place to live. And yet, what gives me hope is that there is such a strong wave right now of people who appreciate the differences in each other.”

Among those pushing back is Amanda Veasy, co-founder of the local nonprofit One Love Longview. She said she knew she had to do something when she saw posts about the event on social media. “I’m a white woman, and I’m married to a Black man,” she said. “I have four biracial children. This is very near and dear to my heart.”

She decided to organize a “Unity Rally” in response, hoping to bring together people of all races and cultural backgrounds. Scheduled for Aug. 14, the event’s title is an intentional play on words and will feature entertainment, education, and non-partisan voter registration.

“They’re calling their gathering the White Unity rally, and that’s so ironic because I don’t think we can really have unity with only white people,” she said. “I thought it was of the utmost importance to make sure that all of our community feels celebrated.”

Steven Monacelli has been contributing to the Dallas Observer since 2020. He regularly covers local social movements and occasionally writes about food.

Monopoly no more: how mezcal certification is changing 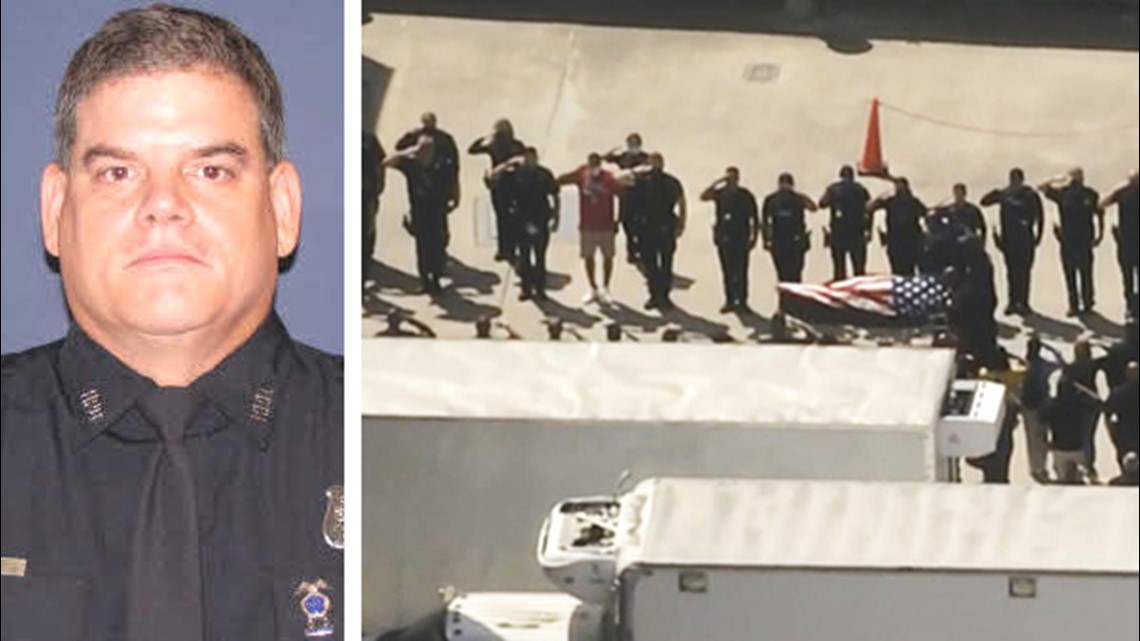 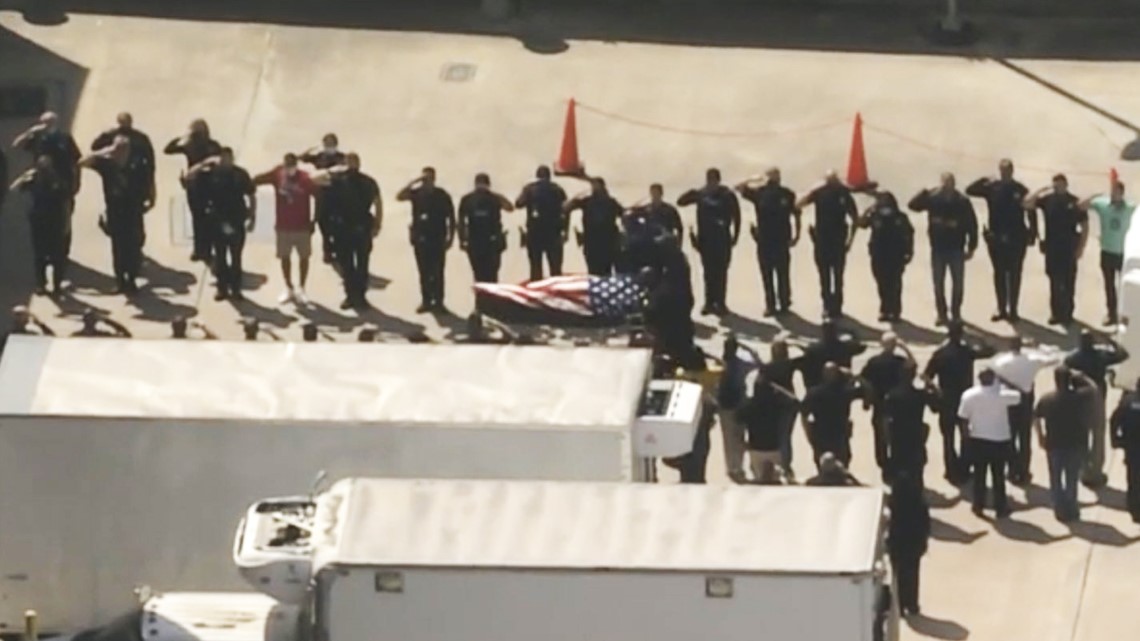