The premise of the Resident Evil series is, outwardly, a simple one. The foundation of the games rests with the events that transpired in the Arklay Mountains in June 1998. It starts with a simple training mission gone awry; the STARS Alpha team, a special task squad for the Raccoon City Police Department, gets dispatched to investigate the missing Bravo team at the Spencer Estate, a mansion owned by the founder of a pharmaceutical company called Umbrella. What transpired within that mansion would later lead into sequels about the broadening scope of the Umbrella Corporation’s influence.

The true horror of Resident Evil, buried deep beneath the corpses of Umbrella employees and civilians who’ve been turned into flesh-eating zombies, is in the games’ parallels to real-world events. After all, zombies are entirely fictional, but government-backed scientific divisions willing to experiment on unwilling employees or citizens are not. And that is where Resident Evil’s horror is at its most effective, and arguably its most tangible. The series draws upon concepts like global capitalism and eugenics movements to create something that feels somehow grounded in our reality.

The term “eugenics,” originally coined in 1883 by Sir Francis Galton, is deeply rooted in racism and classism, purporting the belief that those with superior genes would create an “improved” human race. This methodology and concept has been used by the likes of Nazi Germany, Imperial Japan (which consulted with Herbert Spencer in the 18th century), and the United States, with movements in the U.S. being backed by the Carnegie Institution for Science and other corporations in the early 1900s. Supporters of eugenics, be it individuals, movements, or entire bodies of government, often present the theory with the backing of scientific language to attempt to legitimize it.

Since the first Resident Evil game was released in 1996, more than a handful of sequels and spinoff titles have been released, in conjunction with transmedia material. This has included novels, lore-focused booklets, and even the more closely-linked CGI films that further extrapolated on the origins of the Umbrella Corporation and its connection with the government. Effectively, the series has created a metaphorical mansion on the humble foundations of the franchise, threading together the various plots through 10 mainline games (yes, Resident Evil – Code: Veronica is a mainline game). This has created an overarching narrative focused on horror derived from unethical experimentation driven by global capitalism, with the Umbrella Corporation as the primary antagonist of the series.

Resident Evil 3 revealed that eugenics was the primary motivation for the founding of Umbrella. Then, later titles like Resident Evil 0 provided further insight to the corporation’s motivations before the T-Virus’ spread into what would become a global outbreak. This further lore concerned the foundation of the corporation itself, elaborating on the development of the Progenitor virus that would ultimately be used in the eugenics project titled Project W, or the Wesker Plan. Apparently, Umbrella was founded for the sole purpose of raising funds to pour into this project. The main narrative to that point was concerned with conspiracies and government collusion tied to the project that would later flesh out the background for series antagonist Albert Wesker. Albert Wesker’s design, with pale skin and blond hair that evokes the aesthetic of what is associated with the Nazi ideal of the Übermensch, effectively conveys the theme that remains at the core of the franchise. Wesker serves as the physical embodiment of the eugenics project founded by the corporation’s founder, Oswell E. Spencer.

Throughout the history of Resident Evil, there have been varying degrees of commentary surrounding this, either through documents found within the games themselves or expanded upon in external materials like the Resident Evil “Perfect Guides,” which were exclusively published to Japanese audiences. In Resident Evil 5, the player is made keenly aware of Spencer’s intention for the creation of Umbrella and the subsequent virus created under the company’s name. It is spelled out plainly in a cutscene between the founder and Albert Wesker, wherein Spencer reveals that Wesker was part of an experiment to effectively find a suitable successor to bring in a new era of superhuman beings. At the end of the game, the player confronts Wesker in a tense battle during which, if it’s drawn out long enough, he begins to share his plan.

Wesker’s monologue in RE5 includes common Social Darwinist talking points drawn from Friedrich Nietzsche’s Übermensch theory, which fully demonstrates the visual metaphor and stand-in Wesker embodies. While Nietzche himself did not present his theory to the Nazi Party, as he had died some years before the party’s formation, his beliefs were shared to the party through his sister. This idea of Übermensch was then utilized to reinforce white supremacy as envisioned by the Nazi Party. This monologue from Wesker, coupled with previous storylines found within the series, creates a sense of horror that goes beyond the visual and into something truly disturbing and deeply political.

Resident Evil 6 goes a step further, asserting with clarity that the United States government has had a hand in Umbrella’s various resurrections throughout the series — something that has remained a constant plot point since the first entry in the game. One of the primary antagonists of this entry is Derek C. Simmons, who served as the National Security Advisor to the then-President in the series. Responsible for the decision to effectively destroy Raccoon City with the use of thermobaric missiles, Simmons erased a majority of the evidence that tied Umbrella to the United States government. Resident Evil 6 would touch upon this incident again, as Simmons played an integral part in the viral outbreak that would prevent this information from being revealed to the general public some years later.

[Warning: The links in the next two paragraphs describe real-life examples of government-sanctioned torture.]

Similar things have happened in the real world as well with regard to the exchange of information. For example, Operation Paperclip involved U.S. intelligence enlisting Nazi scientists and personnel to aid in military efforts; information about these practices did not surface until 50 years later through declassified CIA documents.

Also, during Imperial Japan’s colonial rule over Asia, Unit 731 was formed with the explicit intention to create weapons of biological warfare for the Japanese government. The official title of the unit, also known as the “Epidemic Prevention and Water Purification Department of the Kwantung Army,” effectively masked what was being developed under the unit. This included the potential development of “plague bombs” that were then dropped on Chinese citizens to see if these inventions could be used to start outbreaks. In 1995, much of what was developed by this unit — be it successful or not — was brought to light in an interview published by The New York Times revealing the lengths of the experiments carried out by Unit 731. The article further revealed that most of this information was largely hidden due to an exchange of information with the U.S. government, which saw some leading members of Unit 731 walk away without repercussions for the atrocities committed under both the unit itself, and the Japanese empire.

Resident Evil may not necessarily be inspired by these events, but the games’ depiction of the massive corporation Umbrella and its willingness to test on its employees and on citizens do feel like a disturbing parallel. We see this in a quote from the aforementioned interview with a member of Unit 731, wherein a former scientist states that experimentation on children was not out of the question, so long as their parents were believed to be spies. Similar plot points regarding unethical testing, effectively crossing the line into war crimes, have come up in Resident Evil 5, with Umbrella (which would later effectively be reborn under Tricell, and other pharmaceutical or government-aligned organizations) using Africa as a testing ground to further its research, which real pharmaceutical organizations have done in the past.

More recent Resident Evil games have not included these themes as explicitly. Resident Evil 7 attempted to touch on them through the creation of the more cognizant bioweapon Evelyn, and a vague connection to Umbrella through the reveal of Blue Umbrella’s involvement with the Bioterrorism Security Assessment Alliance (BSAA). However, neither of these things are elaborated or expanded on substantially.

While Resident Evil 7 lacked this specific line of commentary that had otherwise been at the heart of the franchise, Resident Evil Village seems keen on picking it back up, at least in some respects. As Resident Evil Village comes to a close, the player learns about the Hound Wolf Squad, a rogue unit within the BSAA, and their involvement in the events of the game. Series mainstay Chris Redfield is part of this rogue unit, which learns that the main unit of the BSAA is now sending BOWs (or bio-organic weapons) to effectively clean up any remaining biohazards. In Resident Evil 5, Chris Redfield and Jill Valentine had learned about corruption inside the BSAA, with Tricell having been one of the major funders and backers of the counter-bioterrorism unit. In other Resident Evil games since RE5, that plot thread had lightly been touched upon, but nothing had come of it — until Village.

The Resident Evil series has the potential to pivot back to its previous, long-standing line of commentary, and with it, a horror that many already see within our present day. While Albert Wesker is dead and buried, and with him Spencer’s eugenics-driven dream of a “new age” of mankind, Resident Evil Village picks up a plot thread that had otherwise gone ignored until now, regarding the BSAA and its potential ulterior motives. The assertion of the BSAA using BOWs with the potential of Blue Umbrella’s research calls back to the first game, which had already implied Umbrella’s connection to the government and development of bioweapons. This plot thread also has the potential to expand upon something that was already being woven into the narrative of the series: criticism of military exceptionalism, which is deeply intertwined with concepts like imperialism utilized through various standing militaries, and how above all else, these groups aid those with the most money or political power.

Resident Evil is known for its standard horror elements — dimly lit hallways, hordes of undead — but what truly makes it a classic is its ever-evolving narrative that reflects the fears in our modern society: eugenics, white supremacy, the military industrial complex, and capitalism. All of these concepts coalesce together to create an overarching narrative that is a lot more horrifying than zombies and cheap jump scares. It remains effective, even after almost three decades.

'Swole' Couple Goes Viral; Twitter Says Woman Has 'ABS ON HER BACK'!! 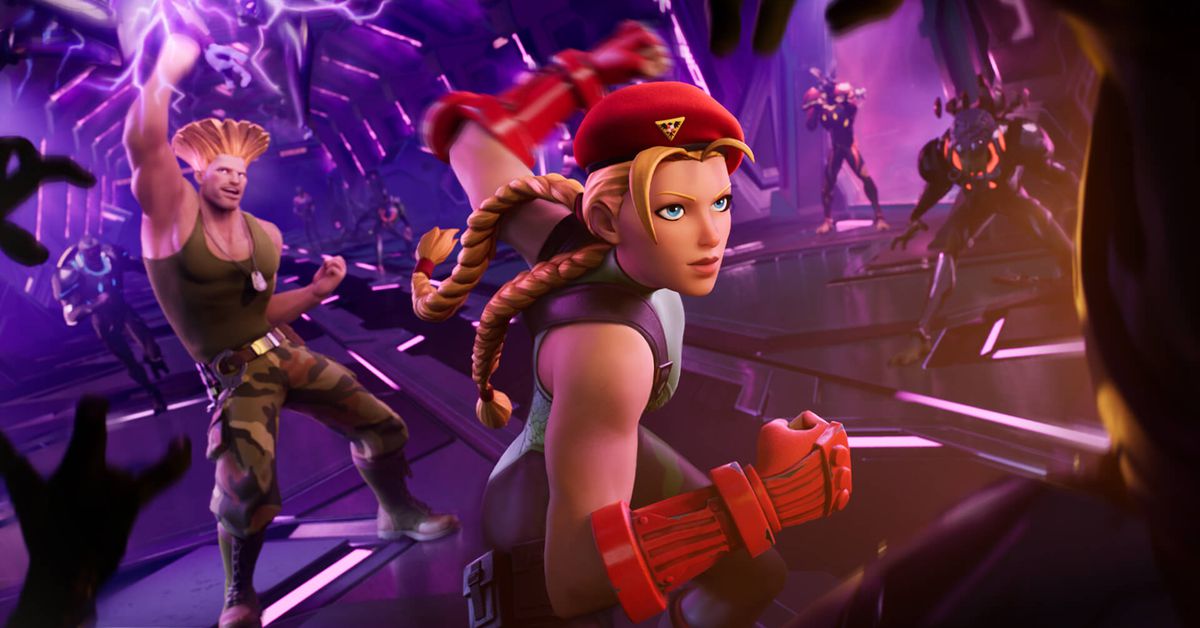 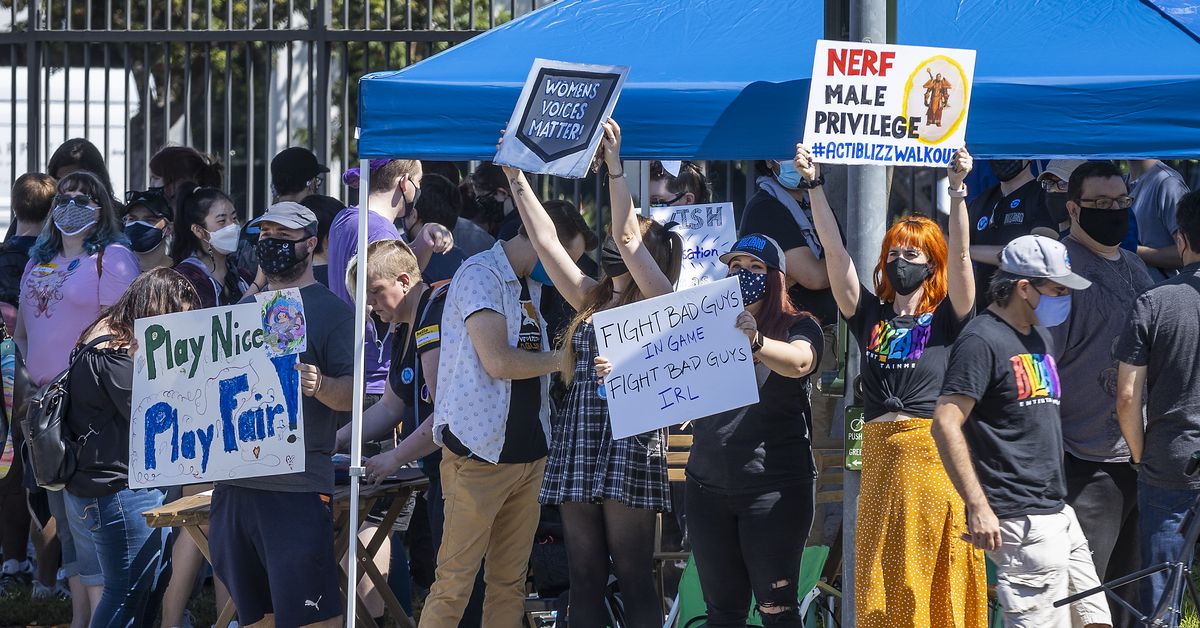 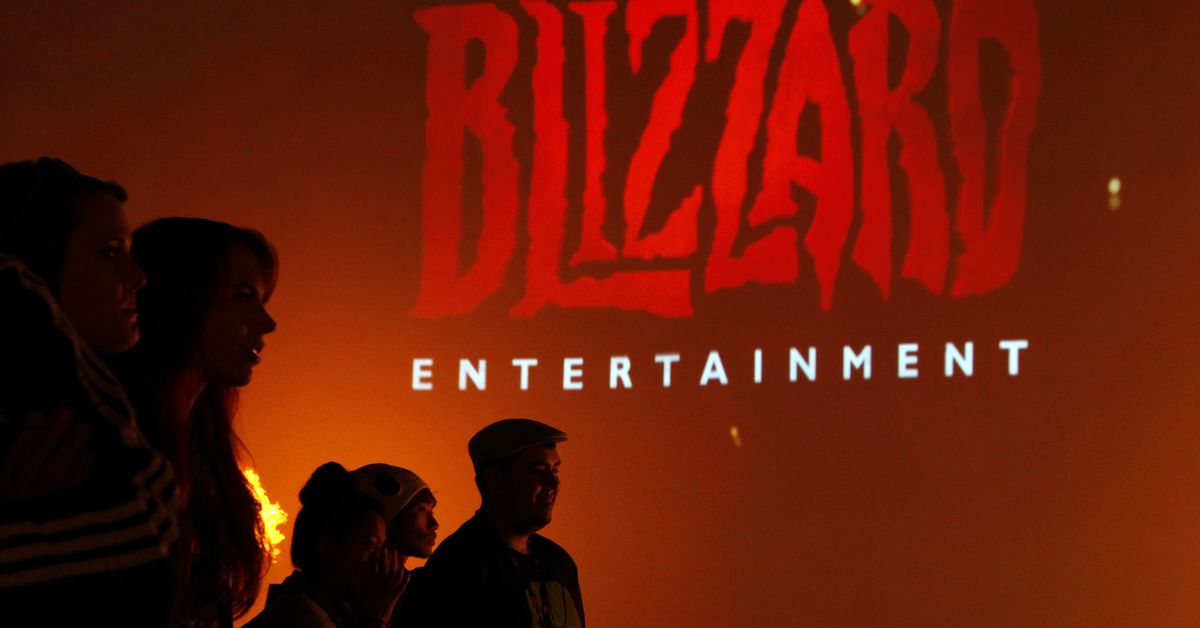 Blizzard’s HR boss is the latest exec to say goodbye 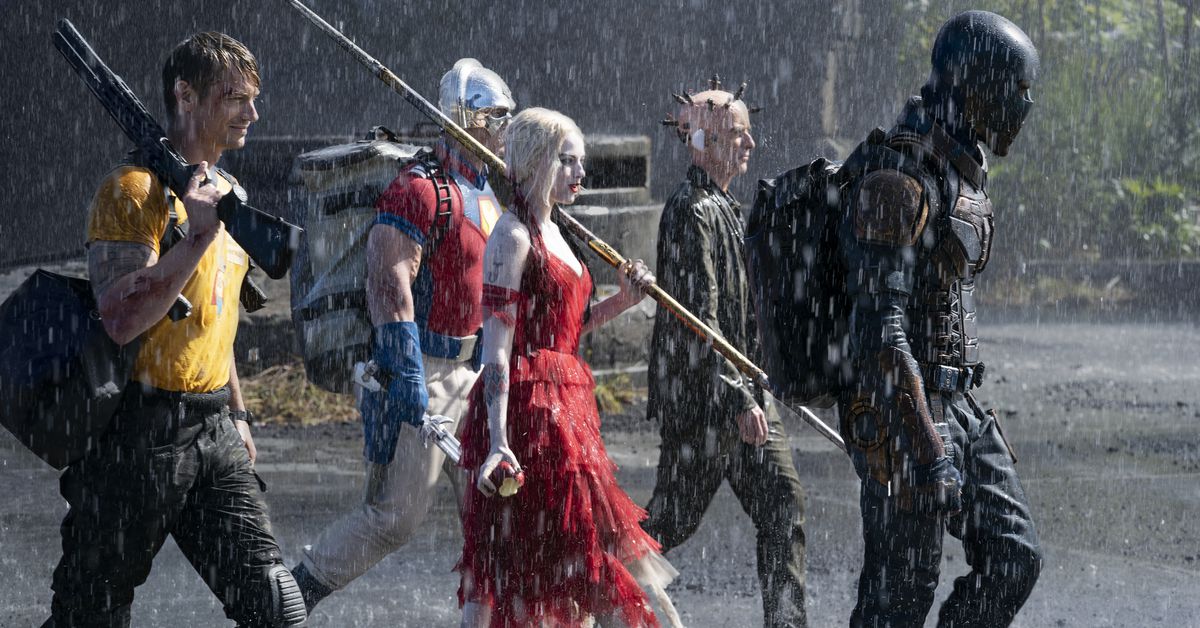 In which I predict who will survive The Suicide Squad