In 2019, Spider-Man: Far From Home brought the Marvel Cinematic Universe’s Phase 3 to a close, and the fog lifted on what Marvel planned to do next. Alongside the more earthbound Shang-Chi and the time-loopy Loki, November’s Eternals helps the mega-franchise take a major jump toward the cosmic.

It’s a bold move — even for a studio that has previously taken risks on properties like the Guardians of the Galaxy — for two reasons. The first is that these characters are built around a concept which could rewrite everything we know about the MCU. The second is that, even for long-time comics fans, the Eternals are the kind of characters that prompt the question: Who are they, again? The answers are, as you may expect from the trailers for the movie version, strange.

Who (or what) are the Eternals?

In order to answer that question, we have to go back to 1970, the year Jack Kirby parted ways with Marvel Comics.

To call Kirby a legendary creator would be severely understating it: In his time at Marvel, and its precursor Timely Comics, he was responsible for co-creating Captain America, Thor, Iron Man, Black Panther and helping to lay the foundations of the entire Marvel Universe. However, Kirby didn’t feel he was being adequately credited for these contributions, one of the reasons he jumped ship to rival publisher DC Comics.

His opening salvo there, beginning in 1970, was the “Fourth World” saga. Across four series and one graphic novel, Kirby wove his own science-fiction mythology centered on the New Gods, two warring pantheons. These stories introduced characters like Darkseid, Mister Miracle and Justice League villain Steppenwolf to the DC universe.

When Kirby returned to Marvel in 1976, he brought back with him all the preoccupations that had defined his Fourth World books. Which is to say that, at first blush, the Eternals are a hell of a lot like the New Gods — another league of superpowered mythical beings, at war with their dark reflection.

The Eternals are sorta the origin of the Marvel Universe

With The Eternals, Kirby again mixed mythology with science fiction to create an origin story for the entire Marvel Universe, or at least its version of Earth. Millions of years ago, giant beings known as Celestials descended from space and genetically experimented on Earth’s hominid population. This, in the Marvel Universe, is canonically how humans evolved from our ape ancestors — with a helping hand from the gods.

But homo sapiens weren’t the only result of the Celestials’ experiments. They also created the Deviants, misshapen creatures with no genetic stability — each individual looks like they belong to a different species — and Homo immortalis, better known as the Eternals.

The Eternals are the winners of this genetic lottery: They’re all in excellent shape, with fantastic hair, and imbued with cosmic power. This grants them the ability to reshape the world at a molecular level, as well as levitation, telepathy, super-strength and a grab bag of other fairly generic superpowers.

As their name suggests, the Eternals are also immortal. This isn’t a quality they were naturally imbued with, though. As with all good superheroes, it’s actually the result of a scientific experiment gone wrong, back in the Eternals’ first home city of Titanos.

Since then, the Eternals have existed alongside human history, mostly in their secret mountain-top cities, but occasionally descending to mingle with their genetic cousins. Kirby takes this opportunity to mash up real history and legends and mixes them with the Eternals’ story, referencing the biblical flood and the lost continent of Lemuria, and encounters with Shakespeare and the Incan Empire.

The idea is that the Eternals inspired humans’ earliest conceptions of gods, from the Aztecs’ Quetzalcóatl to basically the entire Greek and Roman pantheon. The Eternals live on Olympia, and their name are all twists on classical mythology, so that Mercury becomes Makkari; Zeus becomes Zuras. Of course, according to the Eternals, it’s their names that are the real deal. The more familiar versions just a case of human mispronunciation.

But who are the Eternals?

The actual characters of The Eternals, four decades on from their original conception, remain a relatively blank slate. As with other comics that cover entire species, like the X-Men or Inhumans, there are a lot of them. But really, there are only three names you need to know.

Ikaris was the first Eternal introduced, and sits neatly in the familiar superhero archetype of straight-arrow team leader. Think Captain America or Superman — the latter especially, given Ikaris flies around in a blue, red and yellow costume, and battles villains with his eyebeams.

It’s worth noting that all Eternals theoretically have the same powers — unity is a big part of the concept, to the extent that any group of them can form a collective consciousness known as the “Uni-Mind” — but since Kirby’s original series there’s been a push to differentiate the way they use those powers. As is common for characters of the handsome leader archetype, Ikaris has the vanilla powerset. And, unfortunately, a personality to match.

More interesting is Makkari, the Mercury analogue. True to his name, Makkari shares his central mantra with Sonic the Hedgehog: He, too, has gotta go fast. In Kirby’s original series, that manifested in Makkari being an engineer, constantly inventing new vehicles, but over time, he’s become more of a traditional Flash-style speedster.

However, the clear standout character is Sersi. She’s the Circe of Greek myth, best known for transforming Odysseus and his crew into pigs in Homer’s Odyssey, but also claims to have taught Merlin every trick he knew. Think of the magical duel sequence from The Sword in the Stone, where two sorcerers constantly change forms — that’s Sersi.

In the present day, she’s also a party animal. Even after the other Eternals retreated to their mountains, Sersi continued to live among humans, just because they’re more fun. She has a low threshold for boredom and a long-standing, highly relatable eagerness to jump Captain America’s bones.

Kirby’s series consistently put Sersi on the sidelines, but since then, of all the Eternals, she’s the one who has left most of a mark on the Marvel universe. She’s had plenty of her own adventures, encompassing time travel and alt-universe boyfriends. To put it another way: She’s the only member of the core Eternals cast who has served as an Avenger.

Why are the Eternals obscure?

Despite the involvement of a legendary creator, the Eternals never really took off with readers. Kirby’s original series was cancelled after 19 issues and an annual, and while the intervening years have seen a few short-lived series and the odd team-up with Thor and the Avengers, they’ve never quite stuck.

The comic’s main contribution to the wider Marvel universe is probably the Celestials, the massive humanoid space gods who created the Eternals and who returned to Earth in Kirby’s series to judge whether the planet was worthy of being saved from destruction. The Celestials have become part of the cosmic firmament, recently cropping up in an Avengers storyline that ended with the team turning a hollowed-out Celestial corpse into their new headquarters.

That same story seemingly killed off the last remaining Eternals. It’s indicative of the characters’ standing in the comics that most of these apparent immortals weren’t even deemed worthy of dying on the page — by the time the Avengers arrived, all but Ikaris were just corpses in the background.

The problem with the Eternals

When you invent half of a universe, a little repetition is probably inevitable. But it means the Eternals have always struggled to find their place in Marvel’s crowded cosmology.

They weren’t the first time Kirby had mixed sci-fi technology and mythical magic. And by the time the Eternals were introduced, there was already a pantheon of Greek gods living on an Olympian mountain in the Marvel Universe, with the likes of Zeus, Athena and Hercules. And they’re not the only secret race of mythologically-named superhumans created by aliens with genetic tampering, either: That also describes the Inhumans, with their Gorgon, Triton, and queen Medusa.

These similarities didn’t go unnoticed at Marvel, and in the years after Kirby’s series ended, editorial attempted to improve the situations by knitting the Eternals closer into the existing fictional fabric. Creators found ways of connecting them to other parts of the Marvel Universe — and that might also give us a clue of how they could fit into the MCU.

A series of “Untold Tales of the Marvel Universe” stories established that the ancient Kree once captured an Eternal, which inspired them to perform their own experiments on humanity, eventually creating the Inhumans. Other stories explained that some Eternals left Earth for other planets, like Alars — brother of Zuras, the Eternals’ all-father figure — who went into self-imposed exile after his brother was chosen as king and eventually landed on Titan. Yes, that Titan.

Alars found another exiled Eternal on Titan, and they had two children together: Eros, also known as Starfox, and his older brother, Thanos. So, Thanos, the Mad Titan from Titan, is an Eternal by birth. Infinity War made this connection canon in the MCU, with the Red Skull greeting Thanos as “son of Alars.” You might notice that Thanos doesn’t really fit the “human-shaped person with good hair and a tan” description of most Eternals, which is because his recessive “Deviant” gene gave him the appearance of the other Celestial-created race.

The groundwork for the Eternals had been laid years before the movie hit theaters. We had already met our first example of the species, albeit a rather unusual one, and glimpsed a few Celestials in the Guardians of the Galaxy movies: Knowhere, the Collectors’ base of operations, is actually a severed Celestial head floating in space. And Marvel proved with the Guardians that relatively unknown characters can actually be a blessing, because they provide a blank canvas.

But can the movie Eternals do what the comics have never quite managed, and find their own niche?

If we’re looking to the comics for answers, one potential solution might lie in Neil Gaiman and John Romita Jr.’s Eternals. While the 2006 miniseries itself is a little uneven, it takes the promise of the very first Eternals covers — “when gods walk the Earth!” — and reworks it to really focus in on the idea of mythical beings existing in the modern world. Because if you hire Neil Gaiman, author of American Gods and The Sandman, to write your comic, you’d better expect a Neil Gaiman story. The story reworks the mythology in a way the movie doesn’t follow, but it found clever ways to cross the characters into Marvel’s heroic world.

And while Marvel didn’t quite run with Eternals on the comics side, this is what Marvel Studios does best. All you have to do is watch the end of the Eternals movie to know there’s a future somewhere in the MCU for these weird, obscure characters.

Heidi Klum heats up Instagram with pantless pic: 'Oh! My!' 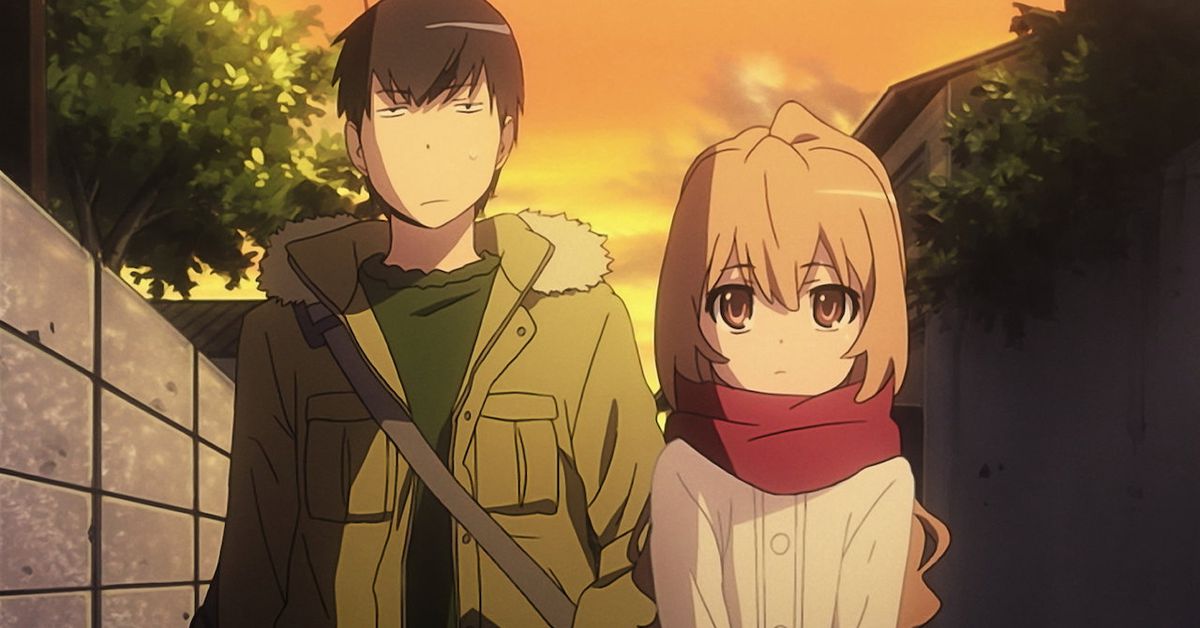 Toradora went small where so much other anime might go big 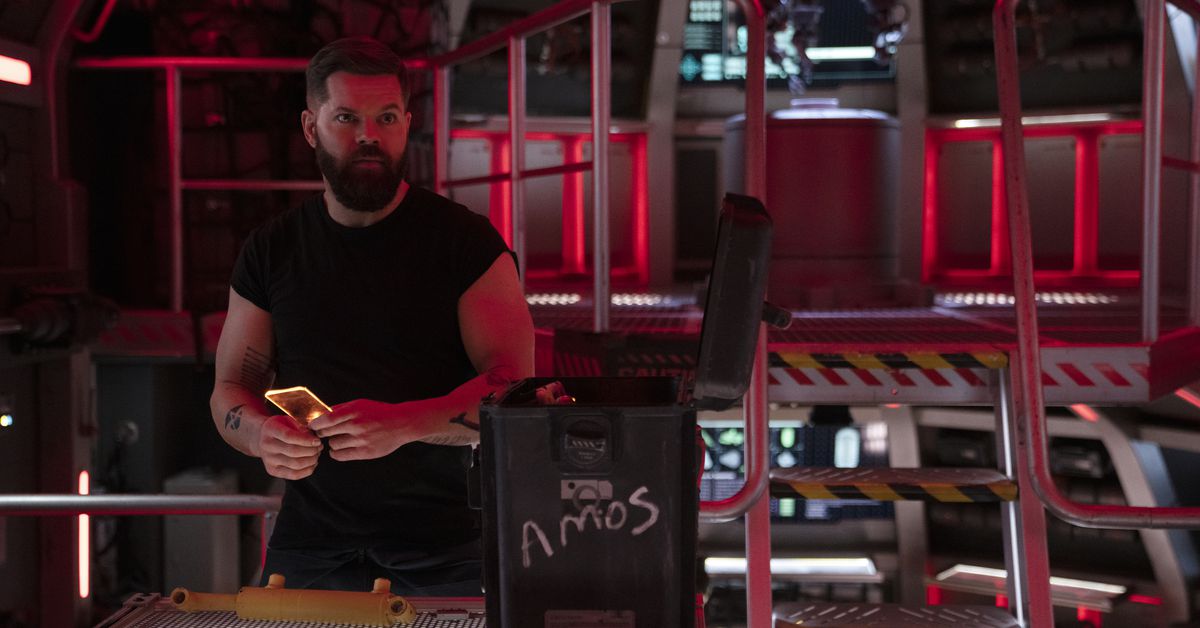 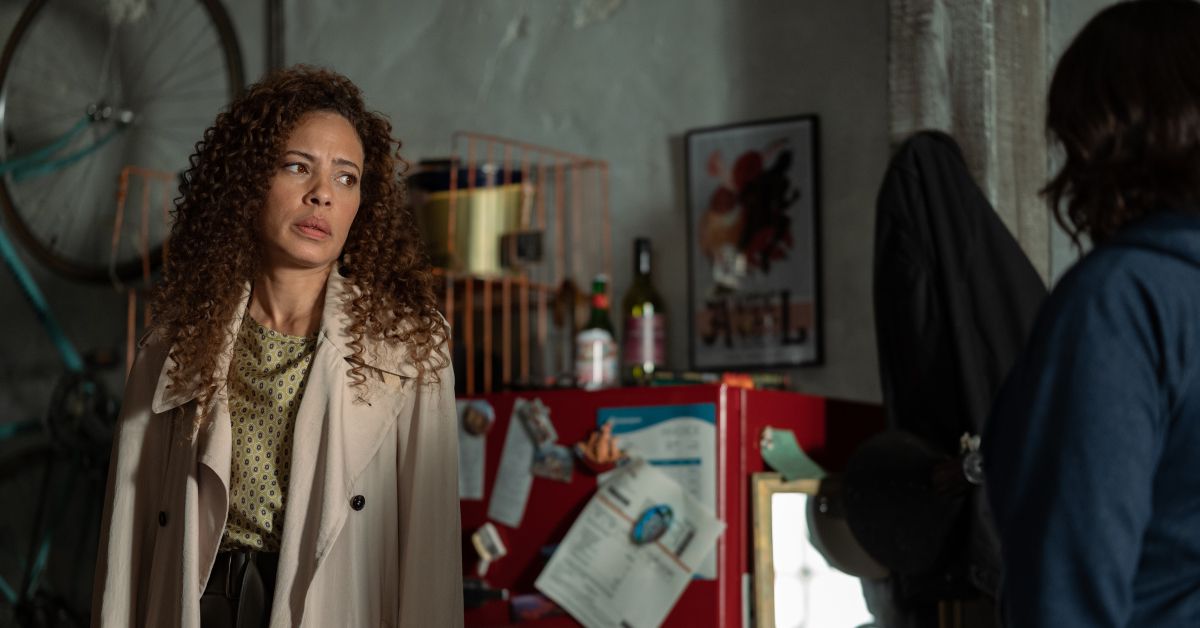 Wow, so Yellowjackets is really gonna do us like that 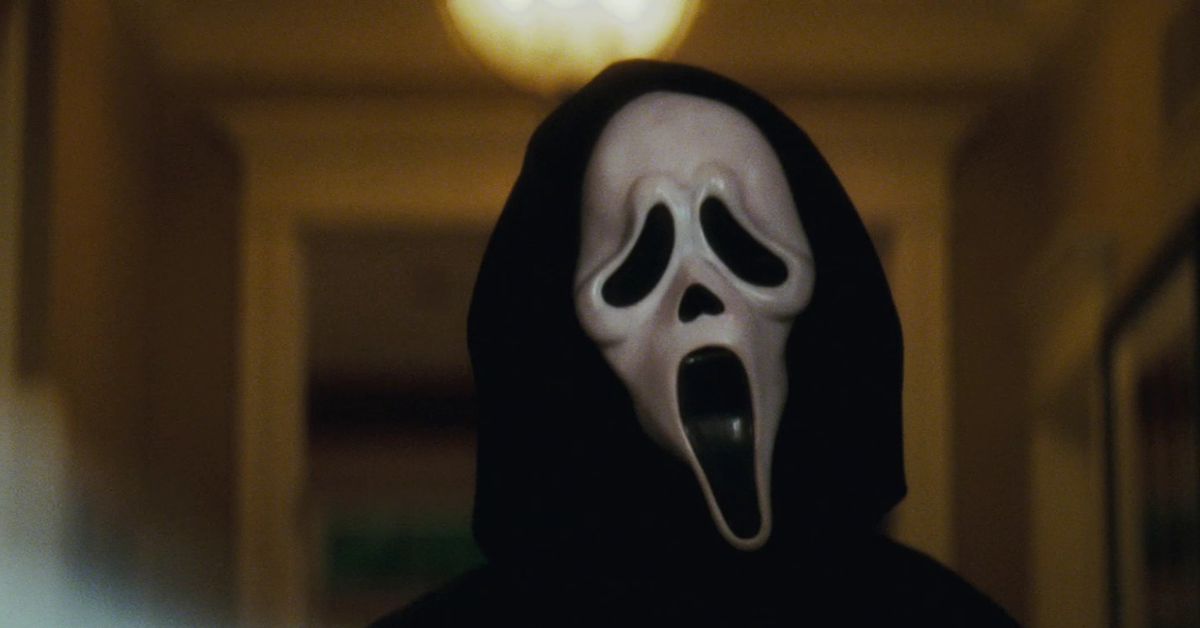 18 hours ago
Check Also
Close
Shopping
Heal With Your Mind | Energy Healing for Everyone
December 31, 2020