Android 12 was confirmed back at Google IO 2021 in June, showcasing a revamped look and features that focus more on privacy and interactivity.

Android 12 is the 2021 update for Google’s Android operating system, building on 2020’s Android 11, which some phones still don’t have. But this is more than just an iterative update – Google describes it as the biggest design change in Android’s history, and it certainly shows.

Some users can download Android 12 beta 3 now, including anyone who owns a Pixel 3 or newer, plus owners of the Xiaomi Mi 11, OnePlus 9 and more. You’ll find a full list below, while for instructions head to our how to get the Android 12 beta on your phone guide.

As for the final version, it’s now launched on the Android Open Source Project (AOSP), but expect the recently-announced Pixel 6 and Pixel 6 Pro to come with Android 12 sometime in October.

The new Pixel phones will most likely be one of the first to ship with the update. If you have another (non-Pixel) Android phone you’ll likely have to wait a bit longer, as each company needs to make sure the latest update works with their existing phones.

Cut to the chase

Android 12 was announced at Google IO 2021, and is was launched on the Android Open Source Project (AOSP) on October 4. That means it’s essentially finished and out, but it won’t arrive on Pixel phones for another few weeks according to Google, as the company wants to put “the finishing touches on a special release with Pixel-exclusive and Pixel-first experiences on Android 12.”

Google hasn’t given an exact date, but it would make sense for it to coincide with the launch of the Google Pixel 6, which according to leaks will be fully unveiled on October 19 and hit stores on October 28. Then, devices from Samsung, OnePlus, Oppo, Realme, Tecno, Vivo, and Xiaomi are set to get Android 12 later this year.

It will be up to device manufacturers to bring Android 12 to your phone though, and that often takes months to do, so don’t be surprised if your specific handset isn’t able to update to Android 12 until 2022.

In the meantime, the new software is out in beta for select devices now, including phones from Oppo, Nokia, OnePlus, Xiaomi, ZTE, Asus, TCL and iQOO – as well as plenty of Pixel devices. You can find the full list in the section below.

Android 12 will likely roll out to the majority of phones that came out in the last year or two, though some may be waiting a long time for it. It’s guaranteed to hit every modern Pixel handset though, probably from the Pixel 3 onwards to the new Pixel 6 and Pixel 6 Pro, given that the Pixel 3 and 4a models support the beta.

Speaking of the beta, we can look at the list of compatible phones for that to get some clues as to which might be first in line for the finished Android 12. They are as follows:

We expect all of these would get the final Android 12 release, and likely quite quickly (with the Pixel phones getting it on day one). Major recent handsets like the Samsung Galaxy Z Fold 3 and Z Flip 3 are sure to as well though, and even most lower end and less popular phones probably will, if they’re recent.

Google itself has said that devices from Samsung, OnePlus, Oppo, Realme, Tecno, Vivo, and Xiaomi will get Android 12 this year.

Google has announced a new Material Design language for Android 12, called Material You, which is a rethink of the whole UI across the operating system.

The company calls it color extraction, where you can pick a wallpaper and the system will automatically apply the dominant, complimentary and best looking colors from it to the rest of the UI, including the notification shade, the lock screen, and volume controls.

Google made it a mission to make sure that Android 12 is indeed on the new Pixel 6 and Pixel 6 Pro phones, which feature an in-screen fingerprint sensor, improved cameras and much more.

Material You will be best on #Pixel6.The colors, the camera, the form, and what’s on the screen all work together in a single, fluid experience. (9/13) pic.twitter.com/K6BRF9ZKEYAugust 2, 2021

This time, it looks as though Google have developed the phones and Android 12 in-tandem, resulting in a release that’s going to show more unification than what came before in previous Pixel phones.

So everything is much more unified this time, something which Google was keen to highlight. Before, the color scheme and even the fonts would look mismatched, but here, everything has been redesigned to look as unified as possible in Android 12.

This customizable theme is also coming to Google’s web apps by the end of the year.

Widgets see a redesign too, looking much more rounded this time. Due to iOS 14 showcasing widgets last year, and now iOS 15 bringing widgets to the iPad, it only made sense for Android 12 to see a redesign in this area too, where its appearance will match the color extraction you’ve picked.

Google have made it a point this year of making sure that privacy is at the center of Android 12. The company repeated the point of privacy being at the forefront this year, and that includes Android 12.

The Android Private Compute Core is the engine behind Android 12’s privacy features, making sure that the apps and the phone are following the privacy settings enabled by you.

To start with, the new privacy dashboard gives you an overall view of apps using the phone’s location, camera, contacts, and much more.

However, a nice touch here is a simple overview in the form of a pie chart, of what has been accessed by the apps over the last 24 hours.

The notification center also has a quick access to disable any features of the phone that an app is using. For example, if Facebook is using the microphone while you’re using another app, this part of notification center will show you explicitly that Facebook is using the microphone. Pressing this will disable the use of it to Facebook, and other apps if you wish.

Adding to this, Android 12 will also ask you for permission from an app to use a feature of the phone. You can select to allow it while running the app, only once, or not at all.

You can also opt to only provide an approximate location to some apps, such as weather apps which don’t need to know exactly where you are.

And with features like Live Caption, Now Playing and Smart Reply, all of the audio and language processing happens on your device, so the data isn’t sent elsewhere.

There’s also locked folders, available across apps, which allow you to lock a specific folder with a fingerprint.

And there’s the ability to unlock a Chromebook using your phone. Similar to the Apple Watch unlock feature for an Apple Mac, it will be a matter of having your Android 12 smartphone near to a Chromebook, and it will bring you to the home screen.

Finally, when using an app such as the camera, there will be a subtle UI hint that certain features of the camera are being used, similar to how it shows in Apple’s iOS 15.

Other features of Android 12

Google has confirmed a multitude of smaller features, one to highlight is app hibernation. If there’s an app that you don’t use often, you go to its settings in App info, and remove its permissions and space. However, you can restore it easily if you need to.

Beta 3 brings an interesting improvement when rotating the display. Face detection is now involved, where the front camera of your phone will detect when it’s time to go either portrait or landscape. Google tout that the latency has been reduced by 25% thanks to this.

When held down, the power button will now bring up Google Assistant, a much easier method of summoning the service for a query when needed.

A new built-in remote is also now standard in Android 12, so if you have a TV that runs on Android, or just a Chromecast, you can use your phone to browse through your favorite shows.

The media player that shows in your Quick Settings has also seen an improvement, where you can allow certain apps to use this. This can work well if you’re switching between Spotify and YouTube, and you just want to keep using Spotify.

Alongside this, a new feature called Car Key enables you to unlock your compatible smart car with your phone. This will allow you to unlock, lock and even start the engine from your smartphone.

It uses UWB (ultra-wideband) technology, meaning that you can walk up to your car and it’ll unlock, without you even having to take your phone out.

You’ll also be able to share digital access to your vehicle with others – allowing you to lend your car to a friend without giving them a physical key and allowing them access for a period of time.

In a slight nod to its competitor, Google is also touting better support for third-party app stores.

Google’s password manager is also being redeveloped, with a cross-platform integration across your Google apps and devices.

And photo modes will support a new format – AVIF, which promises similar compression to JPEG but at better quality, as seen in the examples the Android team gave (above) in an online developer session. Note the difference in cloud detail.

Android 12 also promises to make your device faster and more responsive. Google claims that it reduces the CPU time needed for core system services by up to 22% and reduces the use of big cores by the system server by up to 15%, all of which should also mean improved battery life.

Quick tap arrived with the first beta release, mirroring an accessibility feature from the iPhones running iOS 14. By tapping the back of the phone, you can customize it to take a screenshot, control media, show notifications, or even open a specific app.

Downloading and playing games look to be more straightforward in Android 12, where you can start a new game before the download has even finished. This harkens back to the features that the PlayStation consoles bring, saving you having to wait for a few hours for a game to finish installing.

Google has also confirmed that it will be prepping Android 12 to be more accommodating of third party app stores and installers like the Amazon App Store, APKUpdater and Samsung Galaxy Apps, to name a few.

The process might not necessarily be a cakewalk for third party app store developers, however. They will first need to opt in to allow the feature to be used, and a specific “update packages without user action” permission will also need to be held by the store. As such, some vetting may take place on Google’s behalf first.

Why Ultron Can Use The Infinity Stones In The Multiverse 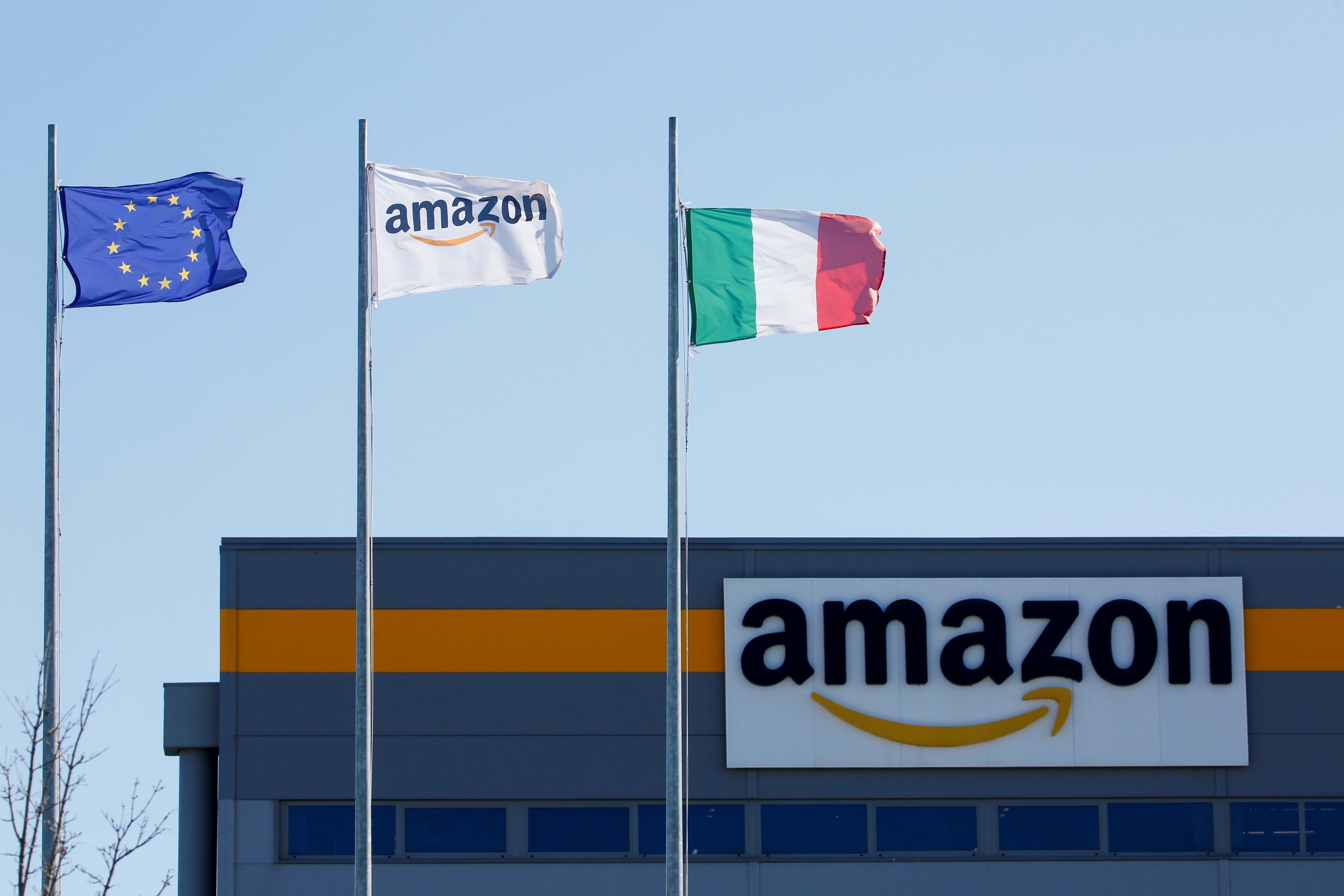 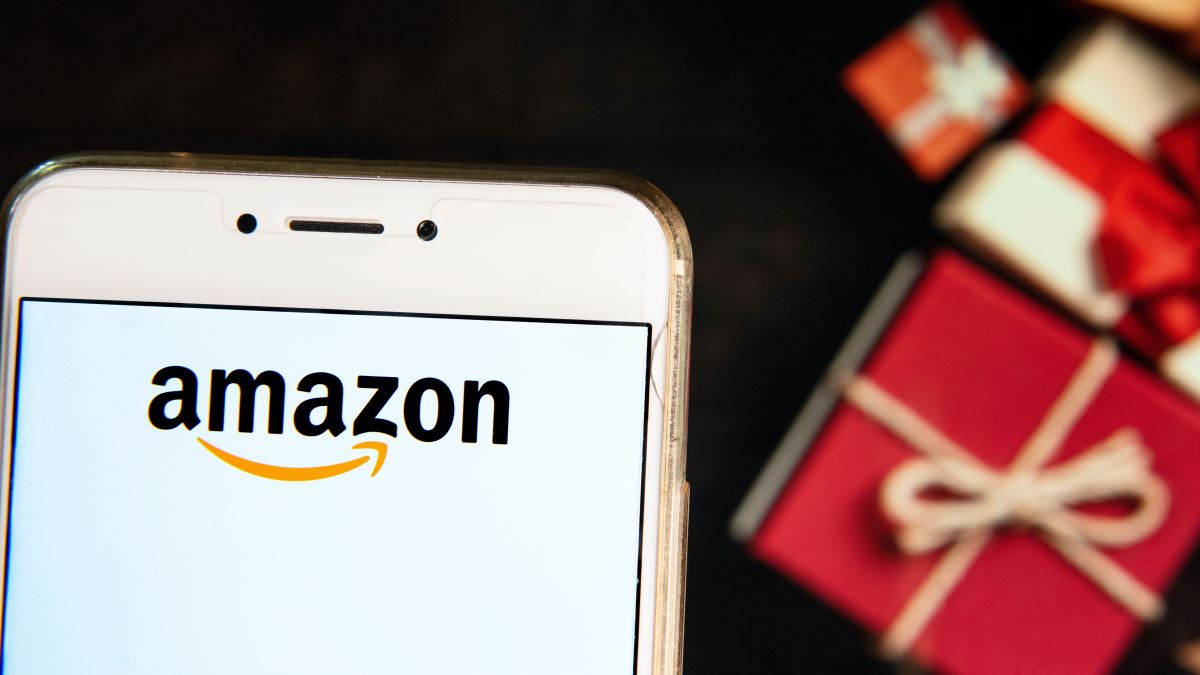