The NBA regular season is rapidly coming to a close, with the start of postseason play just a couple of weeks away. Injury issues have played a major factor this season as a plethora of players have been forced to the sideline for an extended period of time with various ailments. While injuries occur every year and are part of the game, the frequency seems to be a bit higher this season. Some team personnel members around the league reportedly feel it’s a direct result of the compressed 2020-21 schedule, as the league wanted to fit in a whole 72-game schedule despite the season not starting until the end of December.

Keep an eye on your inbox.

There was an error processing your subscription.

Whatever the reason, virtually every team in the league has had to deal with injury issues throughout the season, and while some stars like Anthony Davis, Kawhi Leonard and LaMelo Ball have recently returned to action, others still remain sidelined. To keep you updated, here’s a running list of all the major injuries in the NBA, and how they are affecting teams and players moving forward. To see every team’s current injury situation, click here.

Right ankle soreness — Out until at least May 6

After missing 20 games with a right ankle sprain, LeBron James returned to action for the Lakers at the end of April. However, it’s clear his ankle is still an issue. James aggravated the injury against the Toronto Raptors on Sunday night, and as a result missed L.A.’s contest against the Denver Nuggets on Monday night. The team is listing him as day-to-day with ankle soreness. Considering the Lakers are in the midst of a tight battle for playoff positioning in the Western Conference, the team is surely hoping that James won’t have to miss many more games, especially with a brutal set of key games ahead.

Utah Jazz star guard Donovan Mitchell suffered an ankle sprain against the Indiana Pacers on April 16, and has been out ever since. X-rays on the injury were negative, and an MRI on the ankle revealed no structural damage, according to ESPN’s Adrian Wojnarowski. This is positive news for both Mitchell and the Jazz, because the injury looked far more serious at the time it occurred. Mitchell is expected to miss a third straight week before being reevaluated in one week, which would be around May 8.

Heat guard Victor Oladipo injured his knee against the Lakers on April 9 and has been sidelined since. The injury occurred when Oladipo went up for a dunk and landed awkwardly. Oladipo has been listed as out due to “right knee soreness,” though the Heat are hopeful he’ll be back soon, especially with the playoffs just weeks away. “I can say he is making progress,” coach Erik Spoelstra said after Friday’s practice. This is just the latest blow to Oladipo’s return after rupturing his quad in 2019 when he was still on the Pacers, as minor injuries here and there have halted his progression to get back to the All-Star level he was playing at prior to the injury.

Gordon Hayward suffered a right foot sprain against the Indiana Pacers on April 2, but is still not close to a return, according to head coach James Borrego, per Rick Bonnell of the Charlotte Observer. The injury occurred when Hayward drove at center Myles Turner. He stepped on Turner’s foot and immediately crumpled to the floor. The loss of Hayward is a big blow to the Hornets, who are in the midst of a tight battle for playoff positioning in the East.

James Harden suffered a strained hamstring in a game against the Houston Rockets on March 31. He missed two games and then returned for an April 5 battle against the New York Knicks, during which he, unfortunately, re-aggravated the injury. Harden hasn’t played since then, and it’s unclear when he’ll be back in the lineup. Nets head coach Steve Nash said in late April that Harden has “a ways to go,” and is unsure if he’ll be back or not before the playoffs.

John Wall will miss the remainder of the season with a hamstring injury, according to The Athletic’s Shams Charania. The Houston Rockets point guard suffered a Grade 2 strain, per ESPN’s Tim MacMahon. Wall, who missed the entire 2019-20 season due to a torn Achilles tendon, played only 40 games this season, his first with the Houston Rockets. In that time, he averaged over 20 points per game on efficiency only slightly worse than he had posted when healthy with the Washington Wizards.

The Raptors’ Chris Boucher suffered what the team has determined to be a sprained MCL in his left knee in late April. The injury occurred in the fourth quarter of Toronto’s victory over the Nets on April 21. Boucher will be sidelined through the Raptors’ current road trip, which concludes against the Clippers on May 4.

Deni Avdija hasn’t had an easy rookie season for the Washington Wizards. Sharing the floor with Russell Westbrook and Bradley Beal has limited his shot attempts, his playing time has been inconsistent, and losing is often a new experience for top young players. But things hit a new low when Avdija suffered what the team described as a right ankle injury against the Warriors on April 21. An X-Ray revealed that Avdija suffered a hairline fracture and he will be out for the remainder of the season, according to ESPN’s Adrian Wojnarowski. He is not expected to need surgery, though, so there is at least that silver lining for the rookie.

Turner has dealt with a few injuries this season, and the latest is a partially torn plantar plate in his toe. The Pacers announced that the big man will be out indefinitely as they assess the injury and treatment options. At this point, it’s still unclear if he’ll need surgery to fix the problem. Either way, it seems he’s headed for another lengthy stint on the sidelines, which is a huge blow for Indiana. They’ve been through a miserable season in regards to injuries, and are currently in a battle just to remain in the play-in tournament spots at the bottom of the Eastern Conference playoff picture.

Jamal Murray suffered a torn ACL in his left knee against the Warriors on April 12, the Denver Nuggets announced. The star guard suffered the non-contact injury in the fourth quarter against the Warriors when he attacked the basket, but as soon as he tried to launch off his leg, he crumpled to the floor and looked to be in serious pain. He rejected a wheelchair and limped off the floor with help. The Nuggets are now forced to make due without their second best player for the remainder of the regular season and playoffs.

James Wiseman’s season is officially over. The No. 2 overall pick in the 2020 NBA Draft tore the meniscus in his right knee during a recent game against the Houston Rockets, and as a result, he has been ruled out for the remainder of the season. The Golden State Warriors released a statement confirming that fact and revealing that Wiseman’s surgery was a success.

After putting up 31 points in a win over the Timberwolves on March 22, it was reported after the game that Shai Gilgeous-Alexander would miss time due to plantar fasciitis. It’s unclear exactly how much time that could end up being, but Thunder head coach Mark Daigneault said that he would miss “significant time” with the injury. Plantar fasciitis is a fickle injury, and has kept players out for more time than expected in the past. A recent example is Domantas Sabonis, who didn’t play in the Orlando bubble at all due to the same injury. OKC is in the midst of a rebuilding year, and SGA is seen as the centerpiece of this young franchise so you can expect the Thunder will be incredibly cautious with his return. At this point, it’s possible that Gilgeous-Alexander will be sidelined for the remainder of the season.

The Knicks are having their most successful season in a decade, but suffered a setback when Mitchell Robinson went down with a fractured foot on March 27. Robinson had surgery to repair his foot, but no timetable has been given on his return. He could potentially even be done for the season. This is just the latest setback for to the big man, who recently came back from a broken hand this season, and has had a list of other injuries which have limited him to just 66 games in his first three seasons in the league. For the Knicks, losing the rim protection Robinson provides is a huge blow as they try to get back to the playoffs for the first time since 2013. New York will have to lean heavily on Nerlens Noel and Taj Gibson in Robinson’s absence and hope that will be enough for the time being.

Patrick Beverley underwent surgery last month to repair a fractured fourth metacarpal bone in his left hand. After being sidelined for several weeks, Beverley is nearing a return to game action. This is obviously good news for the Clippers, because it means that he will be available for postseason play. “If he keeps progressing the way he is, we should be able to see him in the next couple games, hopefully,” Clippers coach Tyronn Lue said Saturday. In Beverley’s absence, the Clippers have turned to recently acquired Rajon Rondo and Reggie Jackson to take over the point guard duties.

Beverley isn’t the only Clippers player dealing with an injury issue. Center Serge Ibaka has been sidelined since mid-March due to a back injury, and there is currently no return date set. The Clippers have turned to the duo of Ivica Zubac and Patrick Patterson to hold down the center spot in Ibaka’s absence. The team also recently added veteran center DeMarcus Cousins for the remainder of the season. At this point, the Clippers are likely just hoping that Ibaka will be available for the playoffs. Similar to Beverley, Lue said the big man was also making progress. 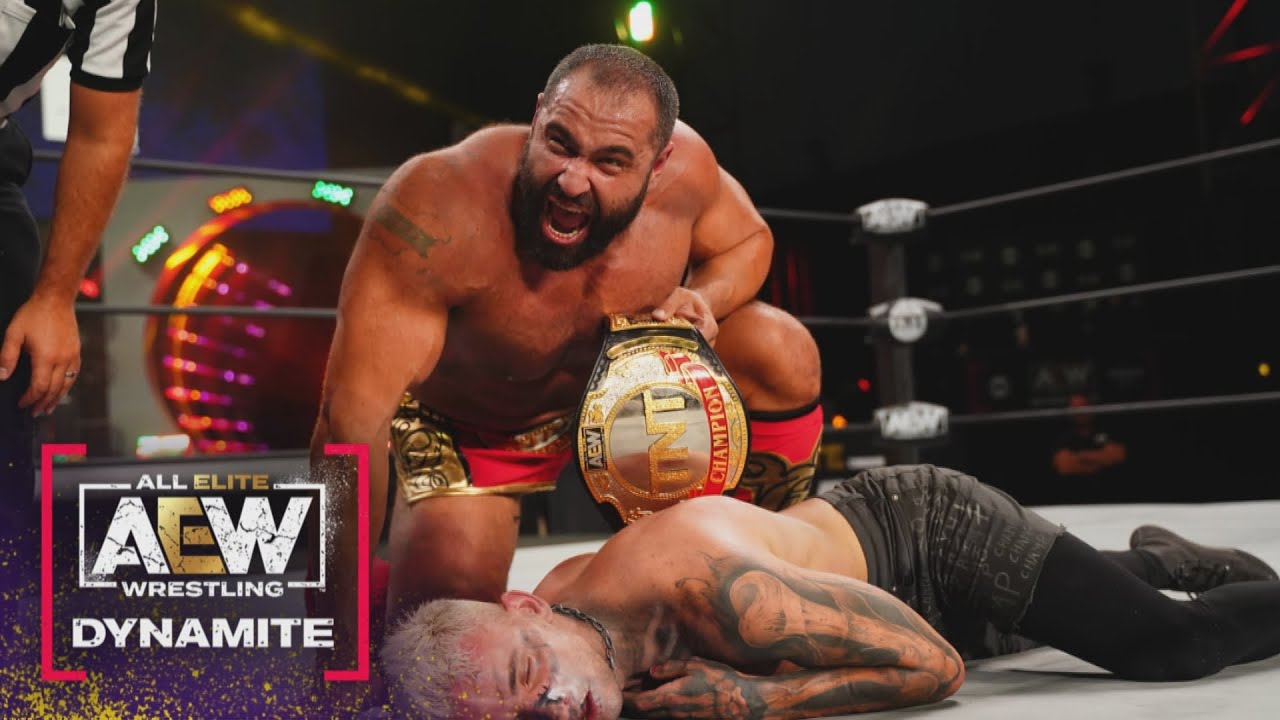 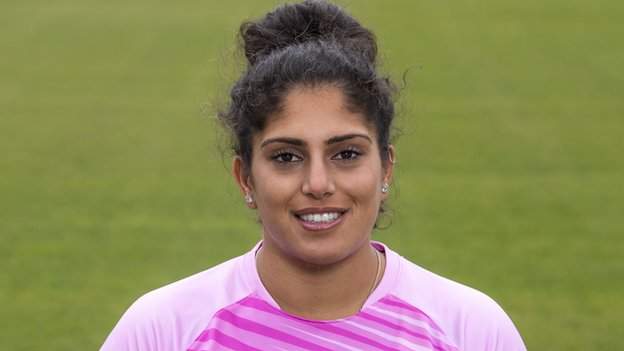