The Wallabies and France meet in the series decider at Lang Park, after both previous matches were settled by just two points.

Follow all the action in the third Test from Brisbane in our live blog.

4m ago4 minutes ago

The Wallabies have an eight-match winning streak at Lang Park, a record they just managed to hold on to after coming from behind in time added on to win the first match of the series 11 days ago.

The French won their first game against the Wallabies in Australia since 1990 with victory in Melbourne.

In the last 10 matches between the two teams, the Wallabies have won seven and lost three.

France have not beaten the Wallabies in Brisbane since a 15-16 win at Ballymore in June 1972.

Since then, the Wallabies have won seven matches in a row in Brisbane, three matches at Ballymore and four at Lang Park.

4m ago4 minutes ago

9m ago9 minutes ago

9m ago9 minutes ago

Who is favourite tonight?

Which team do you think is in the best form to win tonight? And many thanks for the blog which is a welcome diversion from dealing with the lockdown here in Sydney.👍

Hi Mark, I hope you’re keeping well and safe in lockdown and that we can help to bring you some enjoyment this evening.

It’s a really tough one to call to be honest. Both teams have made a lot of changes, so it might take a bit of time for the teams to gel together again.

The Wallabies were guilty of a lot of silly mistakes in Melbourne, and the French punished them, but if they iron those out, I think they’re the stronger side, so I’ll say the Wallabies. Just.

The game will be won or lost at the breakdown

Wallabies scrum half Tate McDermott has been speaking to Stan Sport ahead of the match.

He said the breakdown will be key.

“The game will be won or lost in the breakdown  …. we’ve got to do better than we did last Tuesday,” he said.

“The biggest thing for me is sticking to my strengths running the ball but also directing the forward pack.

“My job is pretty simple to unleash the backs outside me.”

He’s pretty good at that, is McDermott, but when the Reds were without James O’Connor for a spell this Super Rugby season, McDermott became the attacking fulcrum for the Reds. I would not object to seeing him snipe around at the ruck and have a little go himself from time to time…

Who is the referee?

Ben O’Keeffe is who I have down as the referee tonight. Not sure about his assistants yet, but when I find out, I’ll let you know.

An ABC blog about the Rugby? What a time to be alive!

There’s a big shirt on the side of Lang Park

I don’t know if I’m now obliged to tell you that other chocolate brands are available, but there are.

I hope this blog can bring you some joy this evening.

The atmosphere is certainly building. I was a bit early to really soak it up outside, but there are people milling around and now they’re flooding into the stadium bowl, which is great.

Everyone is having to check in and wear a mask on their way in.

I’m sure it will continue to build until kick off…

The French have also made several changes to their lineup, including another four in the pack.

Props Sipili Falatea and Enzo Forletta will start, while Romain Taofifenua will pack down at lock and Dylan Cretin comes in as flanker.

Antoine Hastoy will steer the backline around at fly half, and centre Pierre-Louis Barassi also starts.

Headline winger Teddy Thomas will also see his first action on tour in the 11 shirt.

How the teams were going to deal with the short turnaround between the second and third Tests was always going to be key, and the Wallabies have responded by making eight changes from the side that lost on Tuesday night.

Reds scrumhalf Tate McDermott is in, so too are Brumbies pair Len Ikitau and lock Darcy Swain.

Allan Alaalatoa comes back in at tight head, meaning Taniela Tupou can unleash himself from the bench as he did to help the Wallabies come from behind in the first Test.

Lachie Swinton returns to the starting line up at flanker, while Isi Naisarani starts at number eight.

Ikitau comes into the centres and Filipo Daugunu replaces Tom Wright on the wing.

Jordan Uelese comes into the side, and Reece Hodge will play off the bench.

What time do the Wallabies kick off?

We’ll bring you all the build up until then though.

Check out all the stats from the game, here.

Posted 39m ago39 minutes ago Recent Photo Of Brock Lesnar In A Cowboy Hat 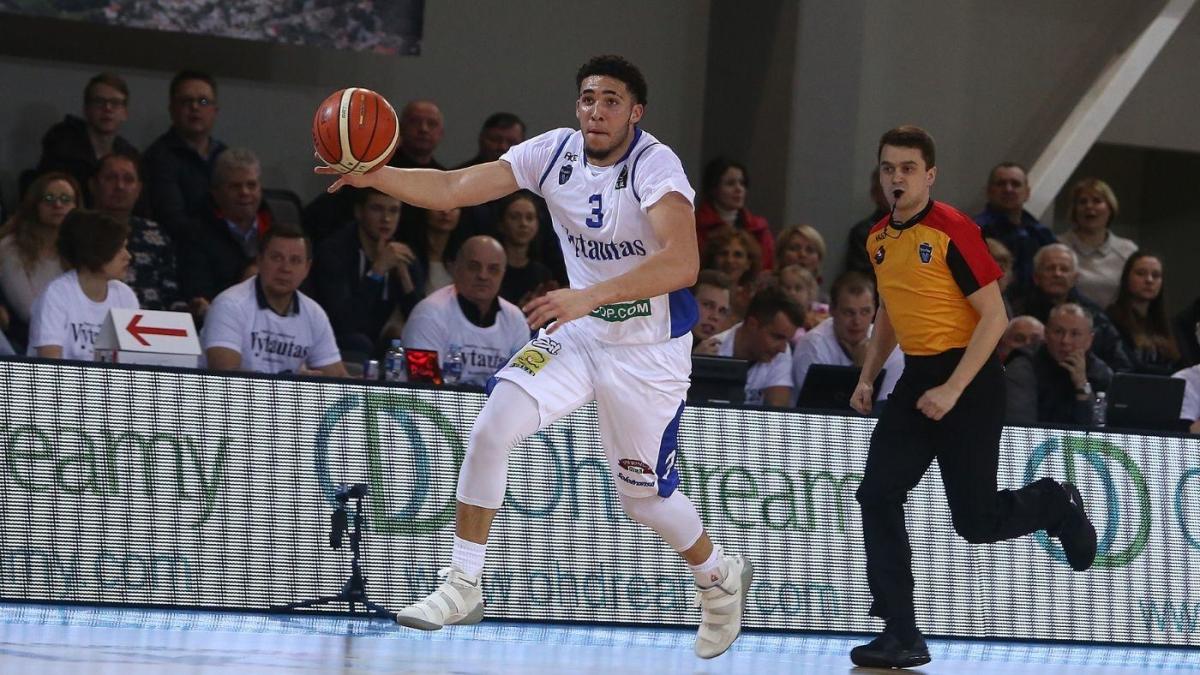 LiAngelo Ball, brother of Lonzo and LaMelo Ball, expected to sign with Hornets for Summer League, per report