It speaks volumes about John Herdman’s team that it comes home disappointed after securing just a single point in a 1-1 tie with the U.S. in CONCACAF World Cup qualifying play.

The Canadian men last won on U.S. soil in 1957. And they came into Sunday’s match with a 1-11-8 record in their last 20 meetings with the Americans in any location dating back to 1985.

But, after rallying for the second time in four days from a 1-0 deficit to secure a tie, the Canadians felt a win was there for the taking before an enthusiastic crowd of some 39,000 at Nissan Stadium.

“I think we’re content with coming away with a point in a pretty hostile environment against arguably the top team in CONCACAF right now,” Herdman said. “But not happy. There were three points on the table there. We had some great chances.

“(Canadian goalkeeper) Milan Borjan didn’t have a great amount to do tonight. He wasn’t pulling out hundreds of saves.”

Canada plays to draw with U.S as Larin scores equalizer

Cyle Larin’s goal in the 62nd-minute earns Canada a 1-1 tie with the United States and a valuable away point in CONCACAF World Cup qualifying play. 1:27

While the U.S. dominated possession, the home side only managed two shots on target — the same as Canada.

Brenden Aaronson put the U.S. (0-0-2) ahead in the 55th minute after dispossessing defender Scott Kennedy off a Canadian throw-in. Six passes later, Antonee Robinson found the 20-year-old Aaronson, who poked the ball home from close range. Kennedy, who appeared to have taken a knock, was replaced minutes later by Kamal Miller.

Larin, who plays in Turkey for Besiktas, upped his Canada goals total in 2021 to 12 in 11 games and has now scored in six of his last seven international outings.

The goal was the first conceded by goalkeeper Matt Turner in 568 minutes in U.S. colours.

“The brotherhood, the culture’s strong. And we’re building more chemistry. More players are getting more opportunity and showing what they can do for this team.”

Canadian forward Alphonso Davies goes to the ground and requests a substitution during the second half of his team’s match against the United States. 2:25

The Canadian game plan was to defend resolutely, look for the counter-attack and bring on talent later in the game “that could finish really strong.”

The 10th-ranked Americans had 75 per cent of possession in the first half and outshot No. 59 Canada 5-3 (1-1 in shots on target) but could not make inroads on the Canadian defence. Canada, which had a line of five defenders when the Americans had the ball, looked to counter-attack, often through the elusive Davies.

It was more of the same in the second with Canada coming on as the game wore on.

It marked the Canadians’ first World Cup qualifying point against the Americans on U.S. soil since 1980 when the teams played to a scoreless draw in Fort Lauderdale, Fla.

Mexico leads the eight-team round-robin standings with six points while Panama has four. Canada, Honduras, the U.S. and El Salvador have two each while Costa Rica has one and Jamaica none.

“Obviously it’s not exactly where we want to be,” captain Christian Pulisic said of the Americans’ start to qualifying. “But we have a lot of games left to play and it’s not time to put our head down because we have one more in this (international) window. We’ve just got to keep going.”

U.S. coach Gregg Berhalter said while the effort was there from his team, “the performance wasn’t up to what we expect.” He said his side’s ball movement was far too slow to break down the Canadian defence.

“We have to figure out ways to break down a compact defence because I’m sure there’s going to be other teams that come to the United States and do the same thing,” he said.

Canada plays to draw with Honduras in World Cup qualifier

Cyle Larin scores the equalizer for Canada in the 66th minute as they tie Honduras 1-1 in the opening game of the final round of CONCACAF World Cup qualifying. 0:46

Both Canada and the U.S. were coming off ties Thursday in their opening games of the final round. Canada rallied to draw Honduras 1-1 at Toronto’s BMO Field while the Americans played a scoreless draw at El Salvador.

Canada back to BMO Field next

The Canadians host El Salvador in Toronto next Wednesday. The U.S. plays Honduras the same night in San Pedro Sula.

Canada will visit Mexico and Jamaica next month before hosting Panama in Toronto.

Each of the eight teams in the so-called Octagonal play 14 matches. Come March, the top three finishers book their ticket to Qatar 2022 to represent North and Central America and the Caribbean. The fourth-place finisher takes part in an intercontinental playoff to see who joins them.

It’s Canada’s first foray into the final round of qualifying since the lead-up to France ’98. The Canadian men have only ever qualified for one World Cup, in 1986.

The U.S. have played in 10 World Cups, including seven of the last eight, but failed to qualify for the 2018 tournament.

Pulisic, who tested positive for COVID last month, returned to captain the U.S. as Berhalter made six changes to his starting 11.

U.S. goalkeeper Zack Steffen, who missed the El Salvador game, was replaced on the roster by Sean Johnson after testing positive for COVID-19. Steffen (Manchester City) said the positive test came despite being fully vaccinated. One other member of the U.S. delegation also tested positive and was isolated.

Canada, wearing its new black away strip, had a big chance in the 14th minute from a long Borjan goal kick. Davies beat Barcelona fullback Sergino Dest to the ball and squared it back to Larin whose shot was palmed away by Turner.

Borjan made a comfortable diving save to deny Robinson in the 21st. And the Red Star Belgrade ‘keeper had to make an acrobatic save in the 26th minute off an attempted Kennedy headed clearance after a fine run by Dest and an Aaronson cross.

Canada had a close call in the 40th minute when a tumbling Pulisic’s close-range shot hit the goalpost. An injury forced Dest off the pitch late in the half.

Canada’s lone recent victory over the Americans came in October 2019 in CONCACAF Nations League play, a 2-0 triumph in Toronto that ended a 34-year, 17-match (0-9-8) winless run against the U.S.

Paul Heyman On If He Believes Brock Lesnar Will Fight In The UFC Again – Wrestling Inc. 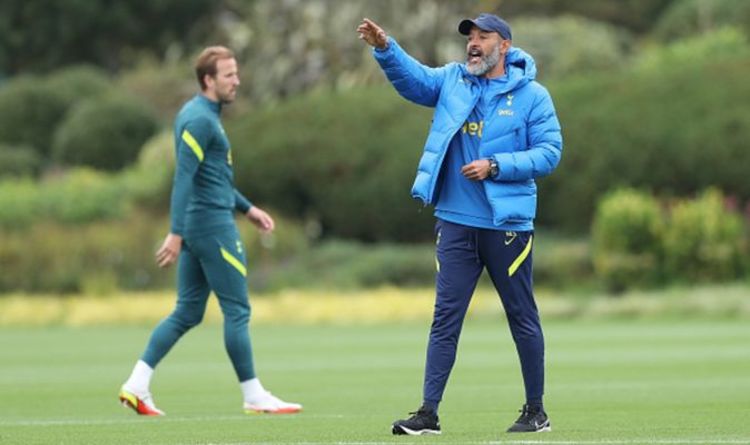