The Florida Panthers entrusted their season to a rookie goalie making his playoff debut.

The 20-year-old Knight stopped 36 shots, Mackenzie Weegar had a goal and an assist, and the Panthers beat the Tampa Bay Lightning 4-1 on Monday night in Game 5 of their Central Division playoff series.

The Lightning still lead the best-of-seven series 3-2 and host Game 6 on Wednesday night. But Knight — the third different goalie to start for Florida in this series — stymied the reigning Stanley Cup champions.

Mason Marchment and Patric Hornqvist scored for the Panthers, and Frank Vatrano added an empty-netter with 14.6 seconds left. Aleksander Barkov had a pair of assists.

Knight was 4-0-0 after turning pro following his sophomore season at Boston College and signing with the Panthers. And following the struggles of Sergei Bobrovsky and Chris Driedger in the first four games of the series — they gave up a combined 19 goals — the Panthers began dropping hints on Sunday that it would be Knight’s turn, then let more clues emerge at Monday’s morning skate.

The defending champion Lightning will get some star power back as they look to win back-to-back Stanley Cups. 2:23

They didn’t officially announce Knight as the starter until pregame warmups began Monday. With the way he played, there might not even be a need to ask about who starts Game 6.

Knight stopped each of the last 36 shots he faced. And the roars from the season-high crowd got louder throughout the night.

It took the Lightning all of 53 seconds to get on the board, scoring on the first shot Knight saw. Blake Coleman got past Florida’s Keith Yandle and a sprawling Jonathan Huberdeau along the right-wing boards, waited for Knight to slide his direction and then tapped the puck back into the slot. Colton had nothing but net to shoot at, and just like that it was 1-0.

Things stayed that way until — for the second time this series — a football coach happened to go a little crazy.

Miami Dolphins coach Brian Flores got the crowd into a towel-waving frenzy in Game 2, and the Panthers quickly responded with a goal. Same thing happened in this one; Miami Hurricanes coach Manny Diaz waved his rally towel, the building got loud and then even louder when Weegar controlled the puck off a face-off and got one over Vasilevskiy’s left shoulder to tie the game with 13:41 left in the second.

And with 3:05 left in the period, Florida took the lead when Marchment — after Barkov went this way and that way behind the net, biding his time before throwing the puck in front — connected from the slot for a 2-1 edge.

Hornqvist deflected in Barkov’s shot from the high slot early in the third, the power-play tally making it 3-1 Florida.

Knight did the rest. He played an elimination game for Boston College two months ago, losing 4-1 in the NCAA Tournament before 1,134 fans in Albany, New York.

He beat the Stanley Cup champs 4-1 on Monday. His teammates, one by one, mobbed him when the final horn sounded. And Florida’s season lives on for Game 6.

2021 US Open: Everything You Need to Know 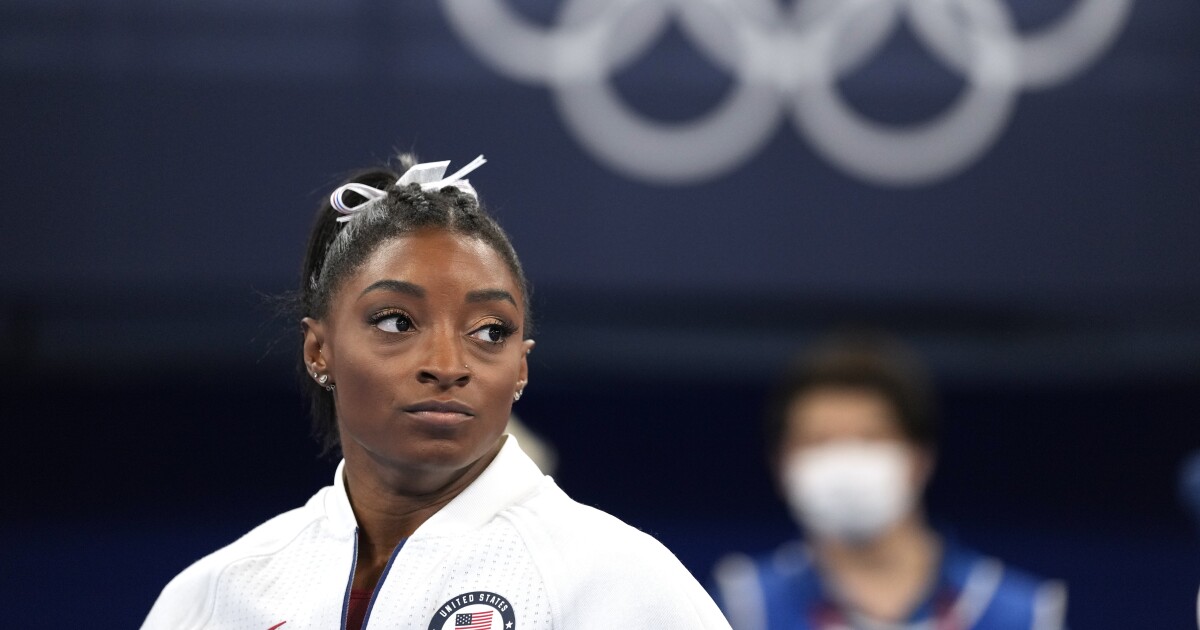 Column: ‘We can all learn from her courage’: Simone Biles not alone in mental health struggle