The United States is home to some of the most thrilling sporting events in the world. From the Super Bowl to the World Series and everything in between, major competitions are played on the regular right across the country. And with so many events happening, sports fans are spoiled for choice. In this article we take a look at four of the most important upcoming sport spectacles in the summer and fall of 2021.

The 2021 US Open Championship in tennis is set to begin August 30th, culminating on the 12th of September. The tournament will welcome fans with full capacity crowds at the USTA Billie Jean King National Tennis Center in Queens, New York City. Tickets are already on sale for the two-week tournament that includes men’s and women’s singles, doubles, and mixed doubles.

The top seeds in both categories represent a variety of nationalities and backgrounds, with the best contenders in the men’s section being Stefanos Tsitsipas and Rafael Nadal while Naomi Osaka, Serena Williams, and Karolina Pliskova are the top seeds in the women’s game. One thing’s for certain: this Grand Slam tournament promises to be one of the most spectacular sports events of the year.

The 2021-22 NFL season will be underway in no time, with official games beginning in September

September is also one of the most exciting times of the year for football fans. Aside from the Super Bowl Championship that takes place annually in February, kickoff week is one of the most anticipated weeks, filled with an undeniable electric energy and enthusiasm as supporters watch to see how all 32 teams in the NFL will fair in a new set of matchups. After months of anticipation, the league has finally released its 2021 schedule, and Week 1 of 18 is set to feature the Cowboys as they take on reigning Super Bowl victors, Tom Brady and the Tampa Bay Buccaneers at Dallas.

Fans are eagerly awaiting September 10th, already analyzing expert odds and figures for both sides. In fact, in the U.S., because football is the most popular sport to wager on, this time of year sees many supporters utilizing online betting platforms, and even more so when things get heated during the playoffs in January. Nowadays, with more than 80 sports betting sites or mobile betting apps accepting wagers legally across 12 states, there are a wealth of options for football followers to choose from. Not to mention the 2021 season will contain 272 games across different divisions- talk about gridiron action to look forward to!

The 43rd Annual Ryder Cup is steadily approaching as well, with the first round of matches poised to begin on September 24th. As always, the tournament will see Team Europe and Team U.S.A compete against each other over the course of three days with 14 ½ points being required in order to win the Cup. This year’s event will take place in Kohler, Wisconsin on the Whistling Straits golf course, which will be the first time the venue has hosted a Ryder Cup.

Both the U.S. and European squads are made up of 12 elite golfers who have qualified previously according to point standings. A competition of incredible history and longevity, the Ryder Cup has been played since 1927, with Team U.S.A. attaining 24 victories and Europe 14. If tuning in from the U.S., fans will be able to watch complete coverage of all the action on NBC and the official Golf Channel, as well as live streaming options available on the tournament’s website, RyderCup.com.

Each year in October, America’s greatest pastime takes to the greatest stage: the World Series Championship games. Always a 7-game series played over the course of approximately one week, with the two different franchises switching off home-field advantage. Last year’s defending champions are none other than the Los Angeles Dodgers, the baseball team that defeated the Tampa Bay Rays 3 games to 1 after not having won a World Series since 1988. In fact, it was such a big moment for Dodgers supporters, that nowadays certain restaurant establishments in the area have started to replay Game 6 in their facilities so that fans can relive the one-of-a-kind experience.

However, they may not have to wait long because the L.A. franchise is already a top contender for yet another Commissioner’s Trophy in 2021. As baseball followers gear up for the upcoming playoffs, only time will tell which organizations will take home the prestigious title this year.

2021 US Open: Everything You Need to Know 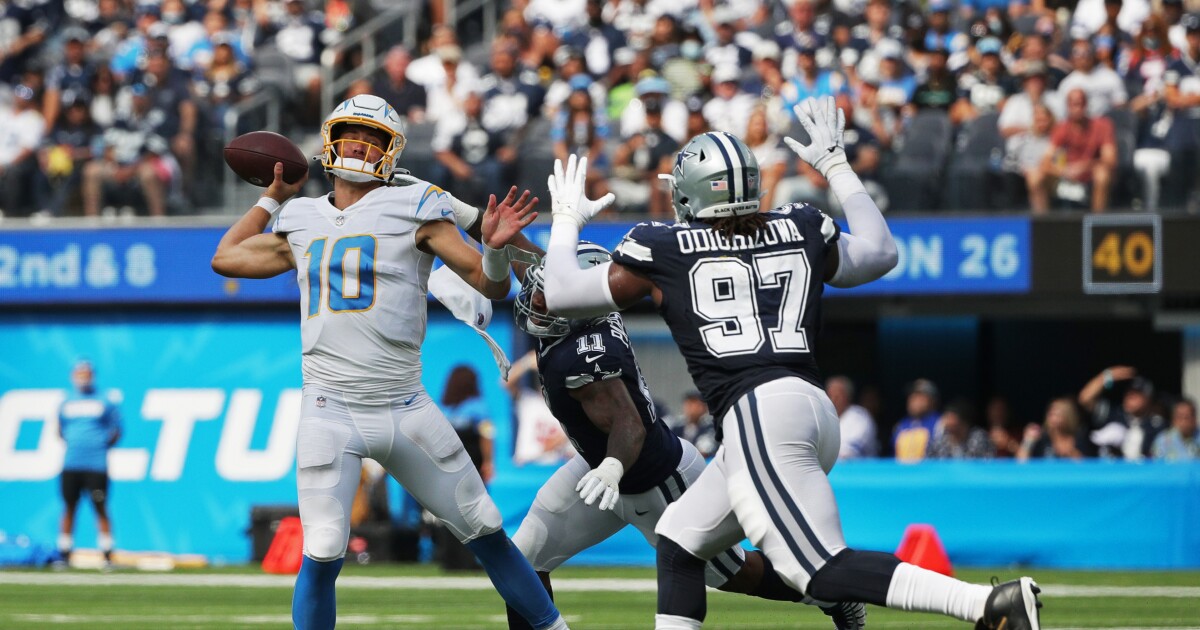 Chargers’ 20-17 loss to Cowboys by the numbers Tony Khan: “We Got a Great Fan Base and That’s Really The Star Of The Show”

2 hours ago
Check Also
Close
Shopping
Sex Tips to Drive Him Crazy: How to Be a Sex Goddess and Blow His Mind
February 1, 2021