Calirosa, the Tequila brand part-funded by musician Adam Levine, has unveiled its first expressions – both aged in red wine barrels.

The brand has entered the US market with two bottlings: Rosa Blanco and Añejo.

The Tequilas are produced by the Real family, who have been crafting agave spirits in Amatitán, Jalisco, since 1942. Third-generation Tequila maker Luis Trejo Rodriguez serves as master distiller.

Both of Calirosa’s debut expressions are made from Blue Weber agave that has been harvested at seven to nine years of age, with more than 26% sugar content, and cooked in brick ovens. The liquid is then fermented for up to 50 hours and double distilled, before being matured in red wine barrels from California. The spirits sit at 40% ABV.

Rosa Blanco spends 30 days in red wine barrels, adopting a light pink hue and a flavour profile that is described as floral, with a touch of cherry and orange peel, while Añejo is aged in red wine barrels for 18 months, giving it a rose gold colour and ‘slightly fruity’ aroma with layers of cooked agave, toffee, chocolate and vanilla.

The Calirosa brand has secured a deal in the US with Southern Glazer’s Wine & Spirits – the same firm that distributes Kendall Jenner’s 818 Tequila – and is rolling out in 14 states, with plans to expand across the US and Mexico later this year.

Ray Lombard, Southern Glazer’s executive vice-president and general manager, Craft Collection Luxury Spirits, said: “Southern Glazer’s is thrilled to partner with Calirosa and to bring this line of unique quality tequilas to market across the country.

“This is an exciting brand that goes far beyond the bottle – it’s a lifestyle that tells a story all its own, really bringing something fresh to the table. We are committed to cultivating a long-lasting partnership with Calirosa and to driving long-term results for the brand.”

Both expressions are available to purchase through Reserve Bar, with Rosa Blanco retailing for US$59 and Añejo priced at US$85.

Calirosa is the latest launch in a wave of celebrity-backed Tequilas, with famous faces including George Clooney, Dwayne ‘The Rock’ Johnson, Rita Ora and Kevin Hart all investing in agave spirits. Yesterday, The Spirits Business reported on the rapid sales of Kendall Jenner’s 818 brand. 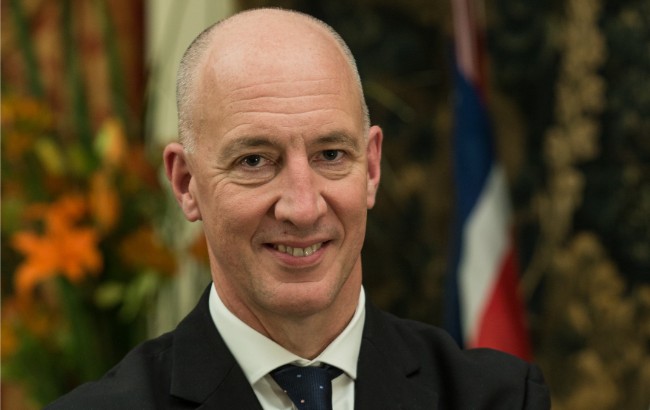