Amber Beverage Group has moved into a new office in Riga, Latvia

The new office is located on the fifth floor of Z-Towers, one of the tallest buildings in the Baltics.

Luxembourg-headquartered Amber Beverage Group said the new office had been designed to embody the company as a ‘progressive, development-oriented and dynamic’ firm.

The company previously had two offices in Riga, based at the Latvijas balzams distillery.

The design is inspired by the nature of the northern region, featuring colours that represent Icelandic moss, oak bark and Baltic amber.

The lobby area of the new office can also be adapted to include a bar for corporate or informal events.

“When designing the new space, it was important for us to involve our employees in the development of the office concept, with the main priorities being an ergonomic, comfortable and aesthetic work environment, as well as suitable lighting, acoustics and ventilation,” said Jekaterina Stuģe, CEO of Amber Beverage Group.

“Employees from several departments have already started working in the new office. Returning to work in offices is very uplifting, although we still take special caution in common areas.

“We believe that working in the new environment will be especially motivating and will bring us continued success in the long run.”

The group recently renamed five of its distribution companies to strengthen the firm’s corporate identity. Amber Beverage Group’s new office is in the Z-Towers, one of the tallest buildings in the Baltics 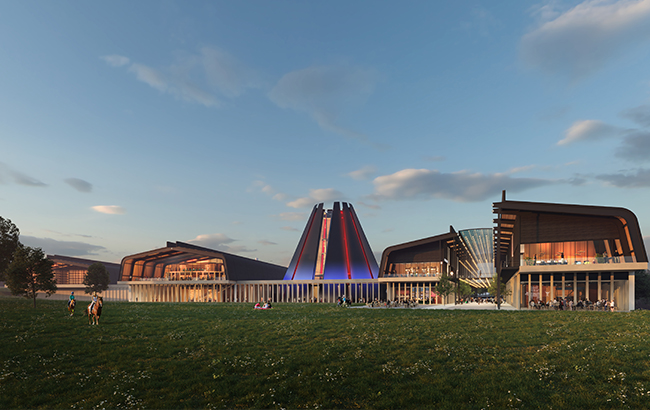