The pandemic has forced tens of thousands of restaurants to close. Those that survived have learned to embrace technologies for digital orders, including partnering with delivery apps like Uber Eats, Grubhub, and DoorDash.

But now restaurants are looking for alternatives to these delivery companies and their hefty fees, which can be up to 30% per order. These startups charge restaurants substantially smaller fees for delivery and share consumer data – information that the bigger players share infrequently.

“I think the decisions that operators are making today about their technology infrastructure is going to go a long way towards supporting the business of the future,” Brita Rosenheim, a restaurant-tech strategist, said at a recent food-tech conference.

These seven food-tech startups bill themselves as antidotes to Uber Eats, Grubhub, and DoorDash.

Zach Rash, who studied computer science and electrical engineering at UCLA, launched the company in April 2020.

The timing was right, as restaurants were looking for contactless ways to deliver food to local customers during the pandemic, Rash told Insider. Coco charges restaurants an average of $5 to $6 per delivery.

“Our objective is to make sure the merchant is profitable with delivery, which isn’t always the case with conventional delivery partners,” Rash said.

Coco’s fleet of robots can be found scooting around the sidewalks of the greater Los Angeles area, including Santa Monica.

The company is getting attention from high-profile investors including Sam Altman, the former president of Y Combinator, who led a $36 million Series A funding round for Coco on August 25. Coco has raised a total of $43 million since its founding.

Owner’s business model puts the cost burden on the customer, charging them a 5% fee for online food orders.

For delivery orders made through a restaurant’s app, Owner partners with last-mile delivery operators like DoorDash and Uber Eats, which offer separate delivery services. Guild has negotiated a $7 flat fee for these orders. That cost is split between the customer and the restaurant – restaurants typically pay $4, while the customer pays $3. Guild said restaurants could pass more or less of that cost to customers.

Delivery operators like DoorDash see an advantage in this model because Owner is driving business to them, Guild said. “There’s no customer-acquisition cost to them. All they have to do is bring food from point A to point B,” he said. Restaurants pay a smaller fee than they would working directly with DoorDash or Uber Eats and get the added benefit of keeping customer data.

He works with 700 restaurants that have five units or less. Owner estimates it has saved those restaurants about $3 million in online-ordering fees in the past year.

“We’ve set up our business model to only make money if we can make the restaurants a ton of money,” Guild said.

On Tuesday, Owner closed a $10.7 million seed round led by SaaStr Fund, with participation from Day One Ventures and individual investors such as Marcus Lemonis, the host of “The Profit,” and Kimbal Musk, a restaurateur and Elon’s brother.

Many independent restaurants are forming co-op delivery services to reclaim customers lost to third-party delivery apps and avoid paying high commissions. Among them is LoCo Tampa Bay, which formed earlier this summer.

“It’s no secret Grubhub, Doordash and Uber Eats are only in the business of delivery to obtain your precious data, and eventually create their own dark kitchens to put small independent restaurants out of business,” it said in a Facebook post last week. “So should we just sit here and let them??”

According to I Love the Burg, a publication in St. Petersburg, Florida, LoCo Tampa Bay charges about $5 for each delivery along with service charges. Other LoCo Co-ops exist in Las Vegas; Nashville and Knoxville, Tennessee; Richmond, Virginia; and Omaha, Nebraska.

Lunchbox launched in 2019 with a mission to save restaurants from delivery fees from third-party companies like Grubhub and Uber Eats.

Earlier this summer, Lunchbox acquired Spread, a New York delivery marketplace that charges restaurants a flat $1 order fee. Spread works with restaurants that have their own fleet of drivers as well as those that outsource delivery to last-mile services such as Relay and DoorDash.

Alamgir told Insider in an email at the time of the acquisition that Lunchbox would waive the $1 order fee.

“Together with Spread, we’re creating a no-commission marketplace for the restaurant industry which is an absolute game-changer as they can keep profits in-house,” he said in a statement.

“When the pandemic hit, we offered our services entirely free for 7 months to help local restaurants with online ordering and delivery options,” Liu, Byppo’s CEO and cofounder, told Insider in an email.

Rates vary but start as low as 15% per order, which Liu said was much more affordable than using third-party delivery apps. Local governments in some cities like San Francisco and New York have capped delivery fees at 15% to help restaurants.

“The cities that we have worked with do not have caps, so most of our vendors are being charged 20% or higher from our competitors,” Liu told Insider in an email.

Byppo recently expanded to include an on-campus delivery service at the University of Florida through a partnership with Aramark. Student couriers walk or use scooters, public transportation, or bikes to deliver food.

FoodBoss launched in 2017, billing itself as the Kayak of food-ordering apps: People can search for the best delivery deals from their favorite restaurants just as they use a search engine to find the best price for hotels or flights.

While the service does drive orders to third-party delivery apps, the company expanded its model during the pandemic to also help direct orders to restaurants. Dubbed Restaurant Direct, the service works like a third-party marketplace for restaurants but is designed to route takeout and delivery orders to a restaurant’s branded apps, thereby helping it save on commission fees.

Michael DiBenedetto, FoodBoss’ CEO and cofounder, told Insider that FoodBoss didn’t charge restaurants fees per order as third-party delivery apps do. Instead, he said, it charges them for a “digital marketing” platform, similar to the way Google and Facebook charge companies for online advertising on their platforms.

“You can run campaigns and buy out in an entire city, which is very similar to how you run ads on Facebook or Instagram,” he said.

DiBenedetto said FoodBoss had a stronger chance of driving direct orders to restaurants because it has a built-in user base of people looking to buy meals and discover restaurants.

“Users come to FoodBoss ready to order,” he said.

Slice was founded in New York more than a decade ago to give pizza operators tools to run their e-commerce business.

Unlike third-party delivery companies, Slice provides customer data and insights to operators so they can optimize sales. It charges a flat fee of $2.25 for orders over $10 – the fee is the same whether a customer orders one pizza or 10 from the Slice app.

Slice estimated that it had saved small businesses more than $200 million by charging less for digital orders than third-party apps such as DoorDash, Grubhub, or Uber Eats.

Slice says it continues to grow its services so that indie pizzerias don’t have to rely on big tech to bring in sales, handling everything from online orders to digital marketing.

In July, the company introduced Slice Delivery Management, a tool to help pizzerias manage delivery. It’s designed so that shops can manage their own drivers efficiently “so they don’t have to rely on third-party delivery apps,” Slice told Insider in an email.

Slice also rolled out a point-of-sale system and a loyalty program for its 17,000 pizzeria partners this year. The food-ordering app has raised $125 million in funding. 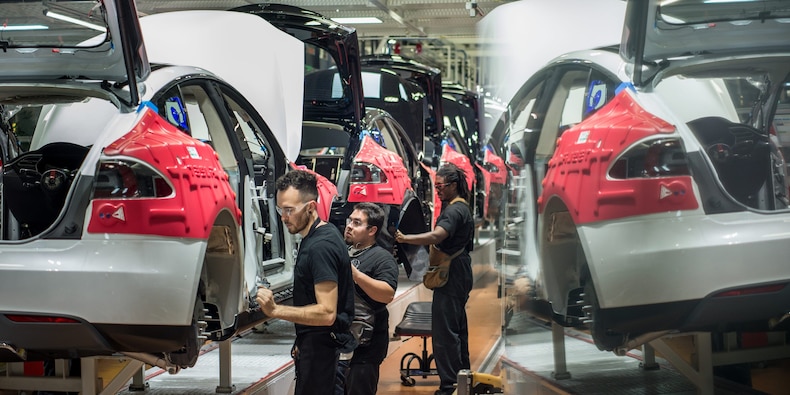 This is the 1 thing that needs to happen for Tesla to soar another 50% to a $1.5 trillion market cap, according to Wedbush 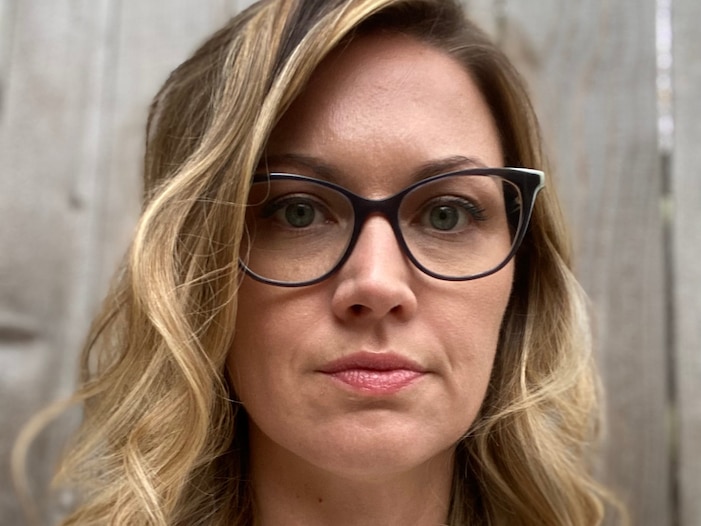 I sought therapy after my boss at Google discriminated against me. I used a 3rd-party therapist through the company and it was a decision I will forever regret.