Sen. Tommy Tuberville, the junior Republican from Alabama, failed to properly disclose stock and stock-option trades together worth at least $894,000 and as much as $3.56 million, according to an Insider analysis of newly filed Senate records.

Tuberville was weeks or months late in disclosing nearly 130 separate trades made between early January and early May. Federal lawmakers violate the STOCK Act‘s transparency provision if they don’t formally disclose a trade in a certified report within 45 days of a stock trade.

Among Tuberville’s trades: a January 25 stock option sale involving Alibaba Group Holding Limited. The Chinese e-commerce company has ties to the Chinese Communist Party, for which it reportedly helped produce a propaganda app.

Tuberville, whose office previously told Insider the senator had fully divested of his Alibaba investment in 2020, before becoming a senator early this year, is one of Congress’ preeminent critics of China’s government.

The senator earlier this year also bought and sold stock and stock options in a variety of companies particularly sensitive to the COVID-19 pandemic. They include Regeneron Pharmaceuticals Inc., which made a COVID treatment used last year to treat former President Donald Trump; Johnson & Johnson, which manufactures one of the leading COVID vaccines; and 3M, which makes a variety of medical and personal protective products.

Tuberville is a member of the Senate Committee on Health, Education, Labor and Pensions, which has this year routinely conducted hearings on COVID-19 matters.

His largest single trades involved a May 6 purchase of United States Steel Corporation stock and a March 16 purchase of Alcoa stock, each valued at between $100,001 and $250,000. Members of Congress are required to report stock trade values only in broad ranges.

Tuberville does not personally make his own stock trades and has “long had financial advisors who actively manage his portfolio without his day-to-day involvement,” Tuberville spokeswoman Ryann DuRant said in a statement to Insider. “Senator Tuberville was unaware that the specific transactions reported in this particular periodic transaction report occurred.”

Once Tuberville became aware of the transactions, “the senator expeditiously prepared and submitted this report to the Senate Ethics Committee,” DuRant said. “The Senator has put processes in place for timely reporting moving forward.”

Fines for a first-time STOCK Act violator begin at $200. It’s unclear whether Tuberville has paid a fine for filing his stock disclosures late.

“Our office is working with the [Senate Ethics] Committee to ensure full compliance with their rules,” DuRant said. Representatives from the Senate Ethics Committee did not respond to messages.

Tuberville first came to national prominence not on Capitol Hill but on the football field, serving 10 years as the coach of the Auburn University Tigers. There, he led Auburn to a perfect season and No. 2 national ranking in 2004. He resigned from Auburn in 2008.

Trouble ahead, trouble behind

Several other members of Congress have this year run into trouble disclosing various stock trades as federal law requires.

Many exasperated government watchdog organizations have this year called on Congress to tighten their own stock trading rules.

“This activity undermines faith in the institution and raises the real possibility of actual conflicts of interest,” said Noah Bookbinder, president of nonpartisan watchdog organization Citizens for Responsibility and Ethics in Washington.

A small group of bipartisan members of Congress in March introduced a bill that would ban themselves and their colleagues from trading individual stocks. Separately, Sen. Elizabeth Warren, a Massachusetts Democrat, and Rep. Pramila Jayapal, a Washington Democrat, told Insider they’d soon introduce companion legislation barring members of Congress from trading individual stocks.

But other similar efforts have failed in recent years, most notably in 2012, when the STOCK Act, which established current congressional stock-disclosure rules, did not outright prohibit members from trading stocks.

Since lawmakers on both sides of the aisle are regularly violating the STOCK Act, Bookbinder noted. Because “members of each party can point to bad behavior on the other side,” Bookbinder said he hopes members of Congress will support a stock trading ban because it’s not “just a partisan, gotcha” issue.

“All of this goes away if you have a rule that members of Congress can’t trade individual stocks when they’re in office,” he said, “even if they’re notoriously reluctant to regulate themselves and restrict themselves.” 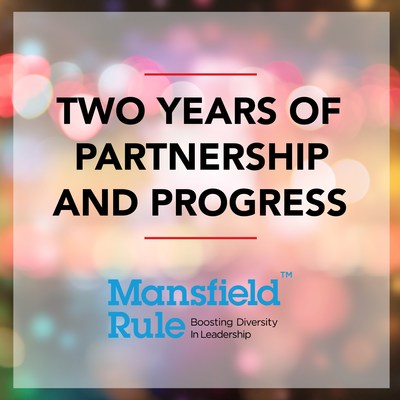 FDA Approves QULIPTA™ (atogepant), the First and Only Oral CGRP Receptor Antagonist Specifically Developed for the Preventive Treatment of Migraine