In Loki, Judge Ravonna Renslayer, an agent with the Time Variance Authority (TVA), an organization responsible for maintaining the proper flow of time, is played by Gugu Mbatha-Raw. Ravonna Renslayer has a wealth of comic book history to back her up as a character. Crucially, her comic history links her strongly to Kang the Conquerer, the time-traveling, multiverse hopping villain that appears at the end of Loki season 1 (played by Jonathan Majors) and is set to be a large part of the MCU’s Phase 4 and beyond.

Throughout Loki Mbatha-Raw’s role as Ravonna Renslayer is both memorable and divisive. While she plays a friend to Mobius, the late-season revelations about her, the Time Keepers, and the TVA cast her in a very different light. Flashbacks demonstrate her callousness in following TVA rule as she worked as an agent to collect even child variants like Sylvie on top of her treatment of Mobius.

In the comics, Ravonna Renslayer is known best as the long-time love interest of Kang the Conqueror, the villain intent on ruling all timelines. While that doesn’t come up in Loki season 1, she will presumably appear in Loki season 2 and potentially elsewhere in the MCU before then. Here’s everything to know about Loki’s antagonistic TVA judge, her comics origin, and link to Kang.

Mbatha-Raw’s Loki casting was announced in February 2020. At the time, reports did not state which character she’d be playing in the Disney+ series. However, it was revealed her role would be that of the leading lady. Now that Mbatha-Raw has been confirmed as Judge Renslayer, it makes sense that she’s in a leading role in the series. Considering Loki will explore how the Trickster God broke reality and the attempts of the TVA to fix the timeline, it’s possible Judge Renslayer will emerge as the series’ antagonist, one with a plan to ensure Loki doesn’t ruin whatever she’s scheming behind the scenes. Mbatha-Raw is an incredibly talented actress and there’s no doubt she will bring nuance and depth to Renslayer, whichever way her story plays out.

Ravonna Renslayer was first introduced in 1965’s Avengers #23 and has gone by several different aliases, including Terminatrix and Temptress. She was born in the late 40th century and is the daughter of King Carelius, a ruler of one of Kang’s kingdoms. While Ravonna doesn’t have any superhuman abilities, she is highly intelligent and is skilled in hand-to-hand combat and proficient in the use of advanced future technology. Using a teleporter and other futuristic tech to detect energy fields, Ravonna is capable of traveling through time.

She has gone up against the Fantastic Four and the Avengers, who attempted to stop her from retrieving the Ultimate Nullifier, a weapon capable of destroying anyone the wielder wishes. In this instance, Renslayer wanted to destroy Kang the Conqueror, who opted to kill the Avengers rather than save her while visiting with the Grandmaster. At other times, she’s been the Avengers’ ally (though it’s short-lived), working with them to defeat Kang from taking over the 40th century. Renslayer is relentless, passionate, and incredibly capable. No matter what Renslayer got up to, however, she proved how clever and formidable a foe and ally (depending on the day) she could be sans powers.

Renslayer’s Link To Kang (And Why It’s Important)

Ravonna Renslayer first crossed paths with the time-traveling Kang when he attempted to conquer her kingdom and fold it into his growing empire in the 40th century. For a long time, Kang’s love for Renslayer was one-sided and she despised him because of his imperialistic ways. When the Avengers showed up to defeat Kang, she initially joined them to do so in a bid to stop him. Due to his love for Renslayer, Kang allowed the kingdom to rebel against his plans because he hoped Ravonna would change her mind and marry him. Kang was certainly smitten considering Ravonna is the only ruler he didn’t kill while seizing control.

When Kang’s general attempts to assassinate him, Ravonna sacrifices herself to save him and Kang is gutted, putting her in a coma until he could find a way to fully bring her back. Ravonna is both Kang’s greatest love and greatest nemesis. She loved him, sought revenge, and killed him (it’s complicated). While the time-displaced princess eventually returns Kang’s feelings, she often feels betrayed by his actions. He’d much rather conquer the timeline or try and kill the Avengers than save her and Ravonna grew tired of coming in second place to his diabolical schemes. Either way, her love-hate relationship with Kang plays a big role in her story. At one point, Ravonna even becomes the ruler of Chronopolis, a realm Kang created and exists outside of time.

Judge Renslayer’s link to Kang is crucial. Her presence in Loki foreshadowed the show’s plans to bring the time-traveling villain into the MCU as early on as the series. It’s important to note Lovecraft Country’s Jonathan Majors was officially cast as Kang the Conqueror in Ant-Man 3, which means plans for his role in the MCU were already in motion. Considering Ant-Man came up with the idea to use the Quantum Realm to time travel, it makes sense that Kang would be a villain in the film. However, bringing Major’s Kang into the MCU at the end of Loki season 1 allows for more build-up before he appears in later movies and can help to develop the complex character more thoroughly.

It’s unclear how much of Ravonna’s origin story has been retained by the MCU, and how much of it might come into play later, if at all. Ravonna’s variant is shown to the TVA as a school teacher who very much is not a princess in the 40th century. Additionally, while she knows a lot of the TVA’s secrets, it is unclear how she knows them, how much she knows about Kang’s existence, and whether Miss Minutes plays some role in the relationship between the two. The MCU has played fast and loose with comics backstories before so it’s no surprise that it’s the same for Ravonna Renslayer. The Loki season 1 open saw Ravonna escape through a time door, so she has every opportunity to turn up again. The real question becomes where, when, and whether she’ll be on the side of Kang or the Avengers.

Next: Thor: The Actors Who Almost Played Loki In The MCU 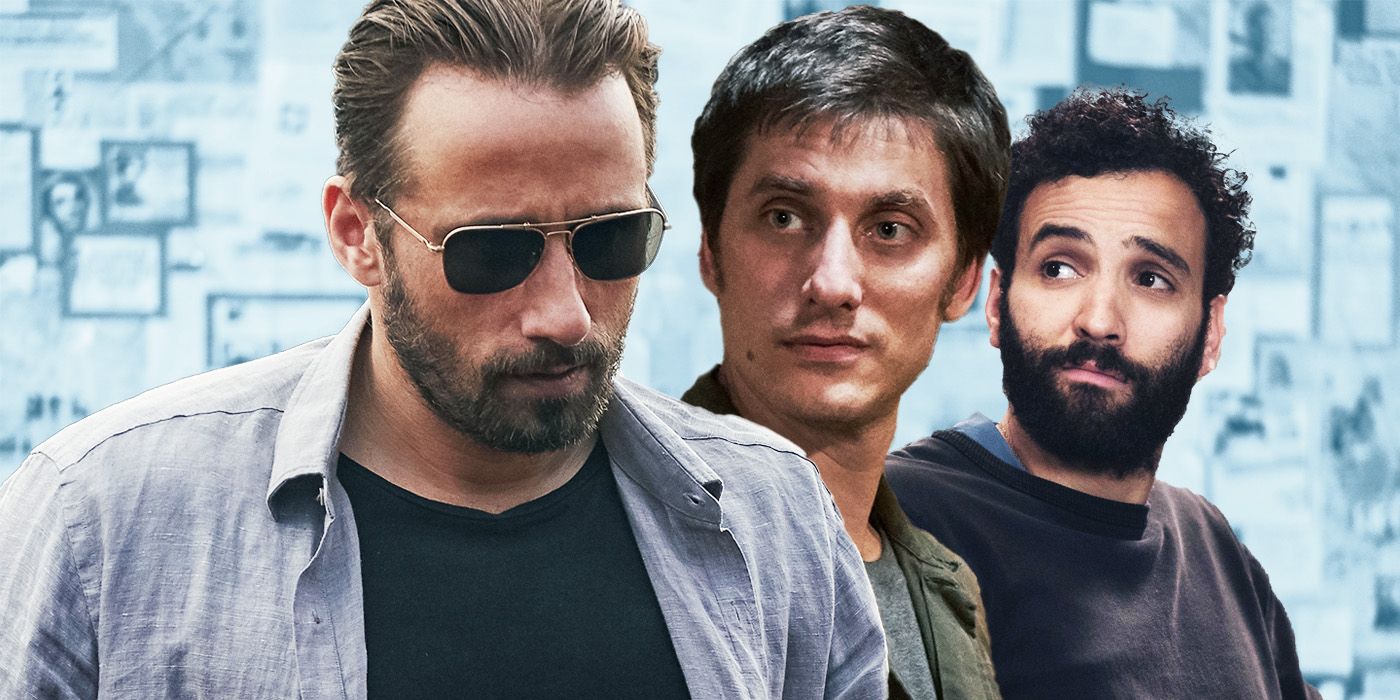 The Old Guard: The Ages Of The Immortals (Including Andy) 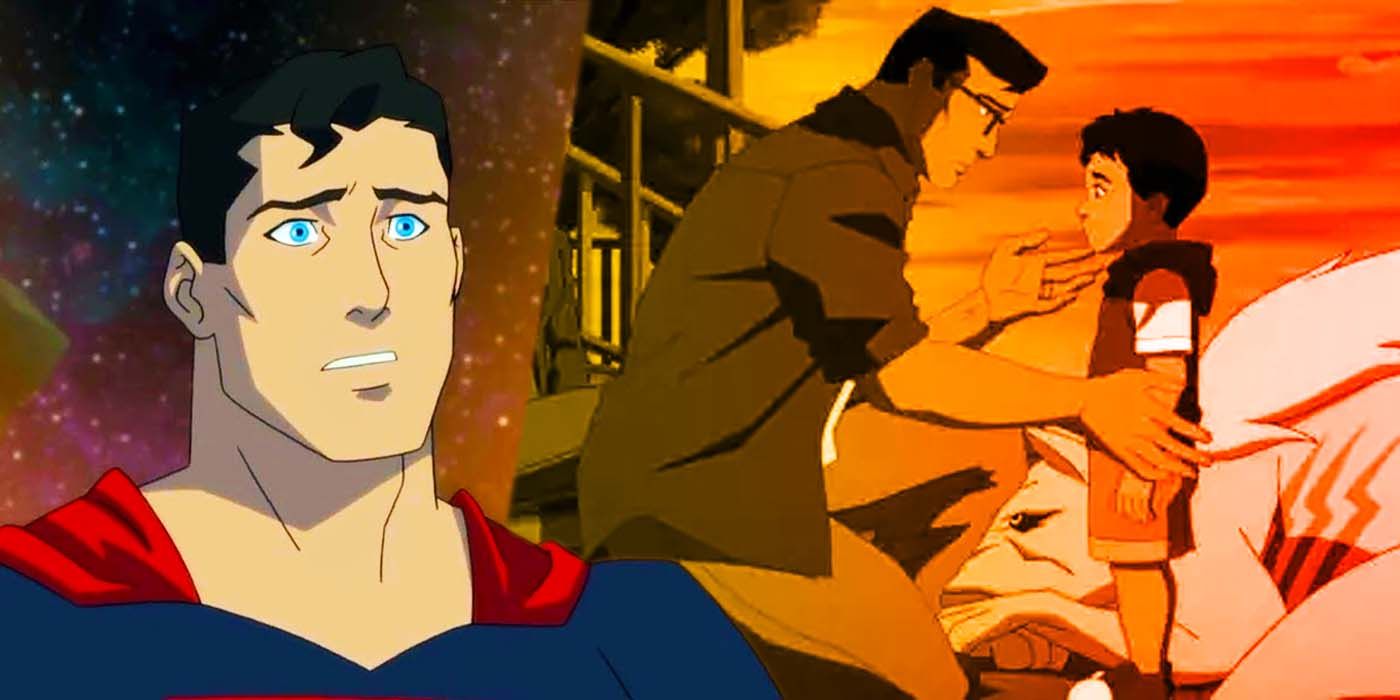