Caution: spoilers ahead for What If…?

What If…? eventually does Iron Man’s death the right way… but only after killing off Tony Stark a total of 5 times. Robert Downey Jr.’s Iron Man served as the Marvel Cinematic Universe’s heart and soul for over a decade, so it was vital that Avengers: Endgame give Tony Stark a fitting sendoff. Only those with a heart as stony as Korg’s and icy as Baby Loki’s would’ve felt unmoved by Stark’s epic final snap to defeat Thanos, especially when punctuating his noble sacrifice with “I am Iron Man.” Widely regarded as the ideal death scene for Marvel’s very first MCU hero, Iron Man’s live-action farewell truly meant something.

Can the same be said for his animated death in Disney+ anthology series, What If…? That depends which version you’re talking about. What If…? takes a fresh scenario each week and asks how a small alteration to the timeline would impact MCU history. We’ve seen Thor growing up an only child, Yondu abducting T’Challa instead of Peter Quill, and Peggy Carter becoming a super soldier. While subverting typical Marvel tropes in each and every episode, What If…? also delights in finding new and exciting ways to murder Iron Man, racking up an impressive total of 5 “final” scenes across season 1 alone.

Though What If…? treats Tony Stark like its own personal Kenny, none of these deaths match Iron Man’s emotional final moments in Avengers: Endgame – except one. What If…? episode 8 gives Tony Stark an exit that resonates deeply with his MCU character arc.

Why Tony Stark Dies So Much In What If

“How will What If…? kill Tony Stark this week?” has become a fun mini-game for Marvel fans keeping up with the Disney+ animated series, but what is it actually happening? Is What If…?‘s Stark-icide a running joke from the writers, an accidental symptom of the multiverse anthology format, or something else entirely?

According to What If…? head writer AC Bradley, the dark habit of bumping off Iron Man came about entirely by accident. Bradley even suggests that the pattern wasn’t even noticed until viewers began pointing it out on social media. Instead, the writer attributes Tony Stark’s uncanny bad luck to 2 distinct factors – the boundless nature of the multiverse, and the tragic tone What If…? deliberately aims for. According to Bradley, the What If…? team sought to make the most of their creative freedom, doing things the MCU simply can’t get away with in live-action. This means plenty of character deaths, and as the flag-bearer for the Infinity saga, it’s only natural that Iron Man bear the brunt of that burden. Many What If…? episodes also conclude in tragic circumstances – an intentional move designed to build toward an epic crossover finale. Of course, a focus on tragedy also means more MCU heroes kicking buckets.

Constantly killing Tony Stark also continues What If…?‘s subversion of serious MCU moments. Thanos, for example, was the overarching big bad of the live-action franchise, but is treated as a punchline in What If…?, where he’s a bartender, a zombie, and “Nebula’s dad,” before getting “perfectly balanced” in a one-sided fight with Ultron. Because Thanos posed such a serious threat in mainline MCU continuity, What If…? deliberately makes the villain ridiculous. Similarly, Tony Stark’s death created an emotive, serious moment in Avengers: Endgame, so What If…? riffs on that by turning his death into a running gag.

Other theories are out there. Some believe Tony Stark’s multiverse of misery is connected to He Who Remains stopping Kang the Conqueror, who might’ve used Stark’s tech for villainous ends. Alternately, Marvel might be sending fans a message to dull hopes of Robert Downey Jr. making an MCU return.

Every Way Iron Man Is Killed In What If

Tony Stark escapes What If…?‘s opening couplet of episodes, which focus on Peggy’s Captain Carter and T’Challa’s Star-Lord, respectively, but the fun(?) begins in episode 3. In this timeline, Hope van Dyne is killed (possibly by the Winter Soldier) whilst working for SHIELD. Hank Pym responds badly, and becomes a bitter, vengeful Yellowjacket determined to ruin SHIELD’s Avengers program before it begins. He starts the spree by killing Tony Stark during Iron Man 2‘s diner scene. Initially, Stark appears to have been poisoned, but a flashback explains how a miniaturized Pym was hiding in the hypo Black Widow injected into Tony’s neck. The evil ex-Ant-Man killed Stark from inside.

A slight cop-out, but What If…?‘s Doctor Strange episode also kills Tony Stark… in a sense. In this corner of the multiverse, Stephen Strange and Christine Palmer never broke up, and are together on the night of Strange’s fateful car crash. Distraught by Christine’s death, Strange breaks the rules of reality to save her, but winds up destroying his entire universe. Sure, everyone dies, and we don’t see Stark specifically meet his doom but, somewhere out there, another cartoon Iron Man drank his final scotch.

One episode later, Janet van Dyne returns from the Quantum Realm, bringing a deadly inter-dimensional zombie virus with her. As undead spread over the continent like Ego spreading galactic lovechildren, Tony Stark is one of the Avengers sent to deal with the problem. Along with his colleagues, Iron Man is overwhelmed by zombies and turned into one himself.

Related: Why The Mind Stone Is So Much More Powerful Than The Other Stones

While his trio of previous deaths all happened very quickly, Tony Stark’s Killmonger killing was more drawn-out. What If…?  episode 6 sees Stark saved in Afghanistan by Michael B. Jordan’s Eric Killmonger during the events of 2008’s Iron Man movie. This means Stark never becomes Iron Man or renounces his warmongering ways, instead helping Killmonger build an army of defense drones similar to the Iron Legion. Of course, Evil Eric only wants Stark for his resources, and when the truth comes out, Killmonger wastes no time impaling Stark through the torso.

After a deserved week off during Party Thor’s episode, What If…? resumes normal service in episode 8, with Iron Man killed at the hands of Ultron.

Why Iron Man’s OTHER What If Deaths Didn’t Matter

In our Marvel universe, the Avengers prevented Ultron from inhabiting Vision’s body in 2015’s Avengers: Age of Ultron, but What If…? episode 8 explores what might’ve happened had they failed. The Ultron-Vision hybrid proves much too strong for MCU’s superheroes, and wipes out the Avengers – Iron Man included – whilst cleansing humanity from the face of the Earth. In truth, this is the one What If…? Iron Man death that actually enriches the character’s story arc.

Getting killed by Hank Pym and collapsing in a pile of spilled coffee is hardly a heroic way to bow out, while What If…? didn’t even show Stark die in Strange Supreme’s universe. Getting eaten by zombies was a bit embarrassing, and more a fun gag than a meaningful death. Dying by Killmonger’s spear carries more weight, since Tony’s arms-dealing finally comes back to bite him, but the Stark who foolishly trusts a guy with the nickname “Killmonger” isn’t our Stark. He never made amends after years of selling pain and destruction to the highest bidder, so when Killmonger executes him, it’s a case of just desserts.

Why Ultron Killing Iron Man Was His Perfect Death (Finally)

By contrast, Ultron being the one to write Tony Stark’s final chapter is a beautifully poetic moment to rival his grand live-action sacrifice against Ultron. Since his 2008 MCU debut, Tony Stark has turned arrogance into an art form, and Avengers: Age of Ultron marked the moment Iron Man strayed too far up his own backside. In an extreme display of ego and hubris, Stark believed he could “wrap a suit of armor around the world” and use his unrivaled genius to harness the Mind Stone’s power. The result was Ultron, who’d sooner destroy the world than wrap it in armor. Incredibly, Iron Man’s solution to accidentally releasing a Mind Stone-powered android he has no hope of controlling is… to do exactly the same thing again. Vision turns out to be a swell guy, thankfully, and Tony Stark narrowly avoids making the exact same mistake twice inside the space of one movie.

What If…? episode 8 does something the MCU wouldn’t – punish Tony Stark’s arrogance. As in live-action, the episode sees Iron Man accidentally endanger humanity with Ultron, then take a big gamble on Vision as a fix. What If…? proves how badly this plan could have backfired, as the combination of Ultron and Vision is far stronger than the combined might of the Avengers. As Stark kneels before his own creation, he’s left to reckon with not only being self-absorbed enough to believe he could tame the Mind Stone once, but then stubbornly doubling-down and ensuring humanity’s doom in a misguided determination to prove his intelligence.

The final image of Stark staring his own sins in the face is a much darker ending than Avengers: Endgame, but no less valid as an ending to Iron Man’s MCU story. We then hear Ultron mimic the “peace in our time” soundbite Tony was so proud of, highlighting the thin line between “genius, billionaire, playboy, philanthropist” and “genius, murderer, egomaniac, narcissist.”

More: Every MCU Easter Egg In What If? Episode 8

What If…? concludes Wednesday on Disney+. 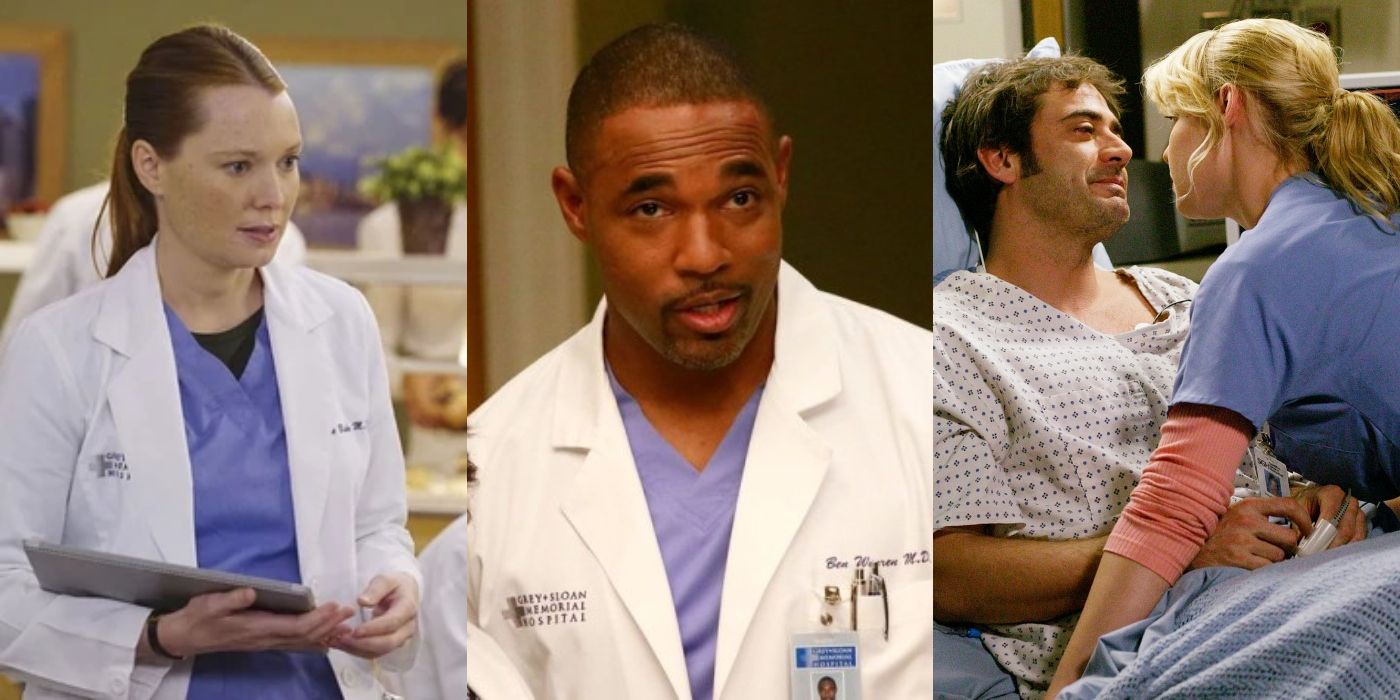 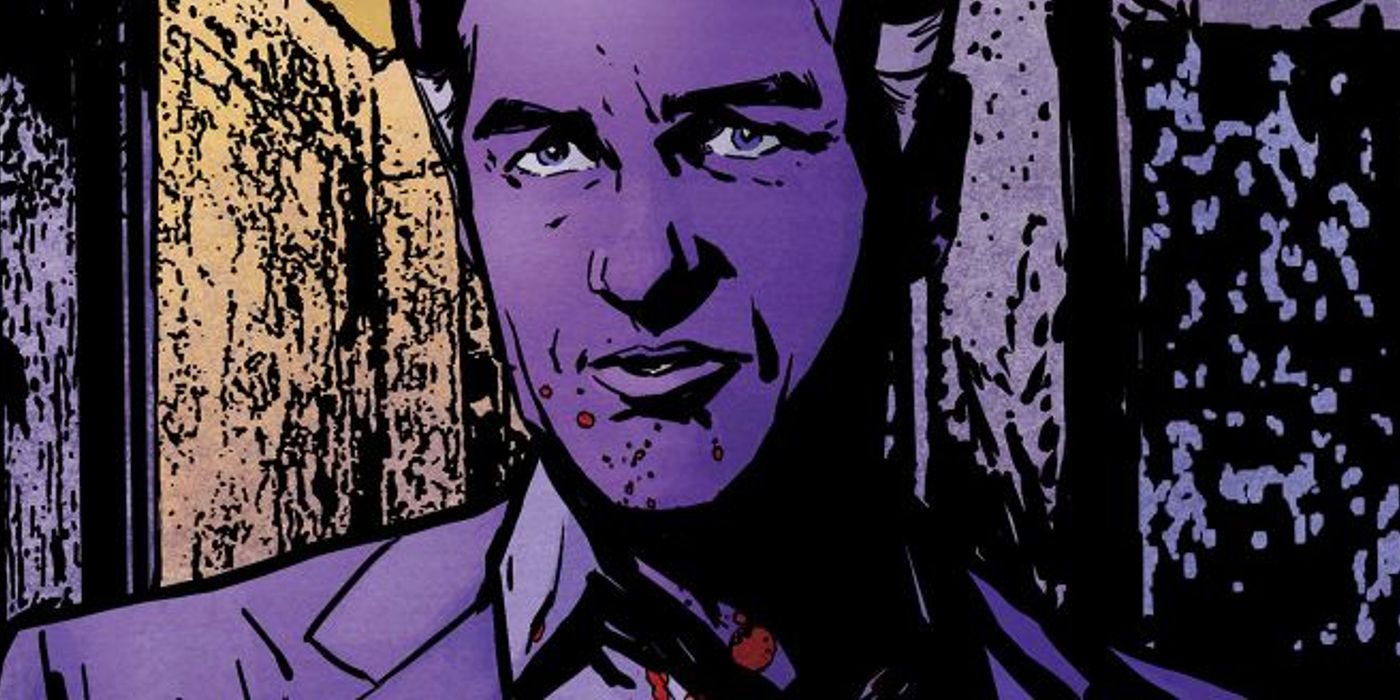 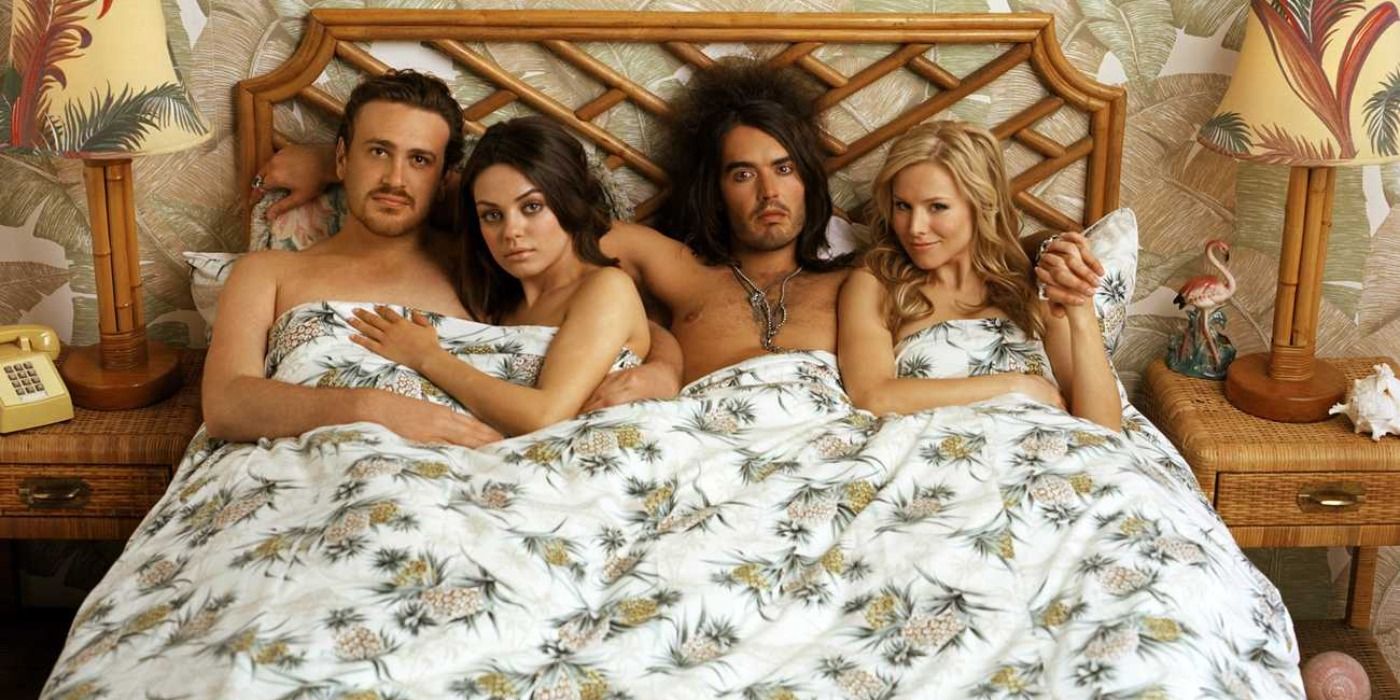 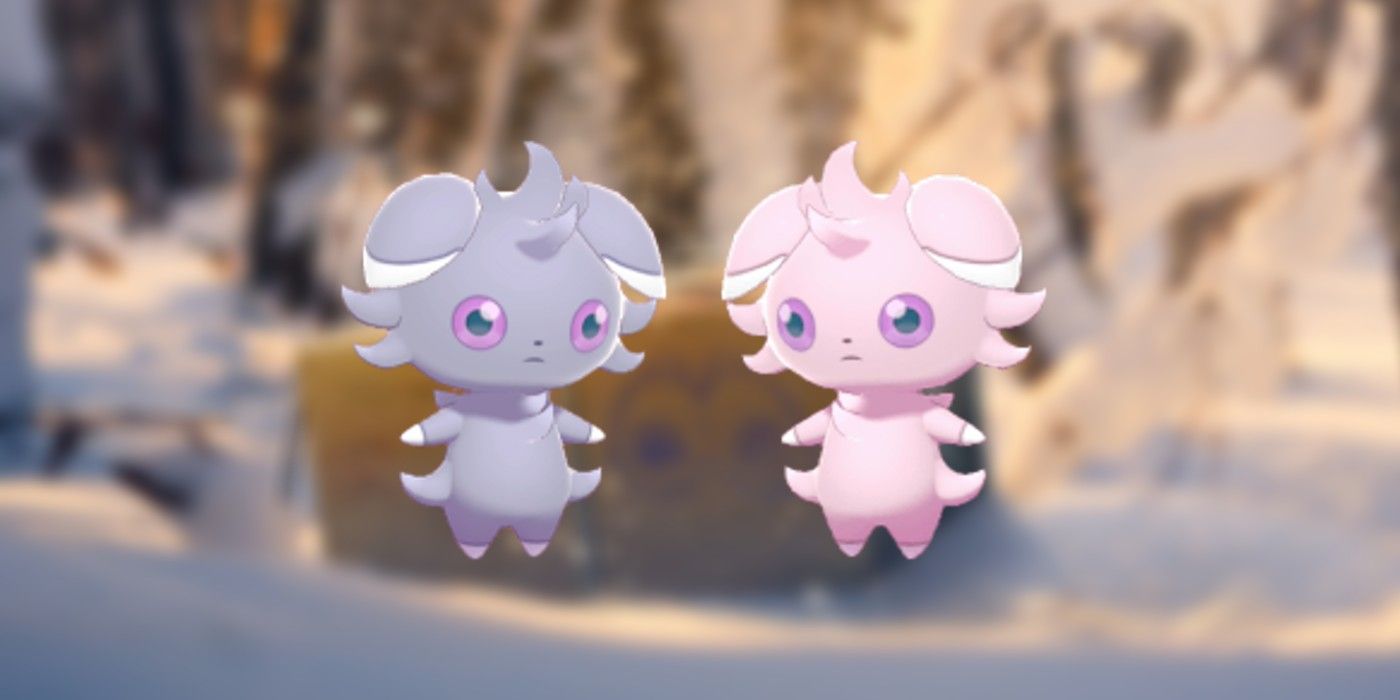 2 hours ago
Check Also
Close
Shopping
Beer Brewing Made Easy – How to Brew Your Own Beer the Easy Way
January 2, 2021